Don’t Let the Rain Fool You 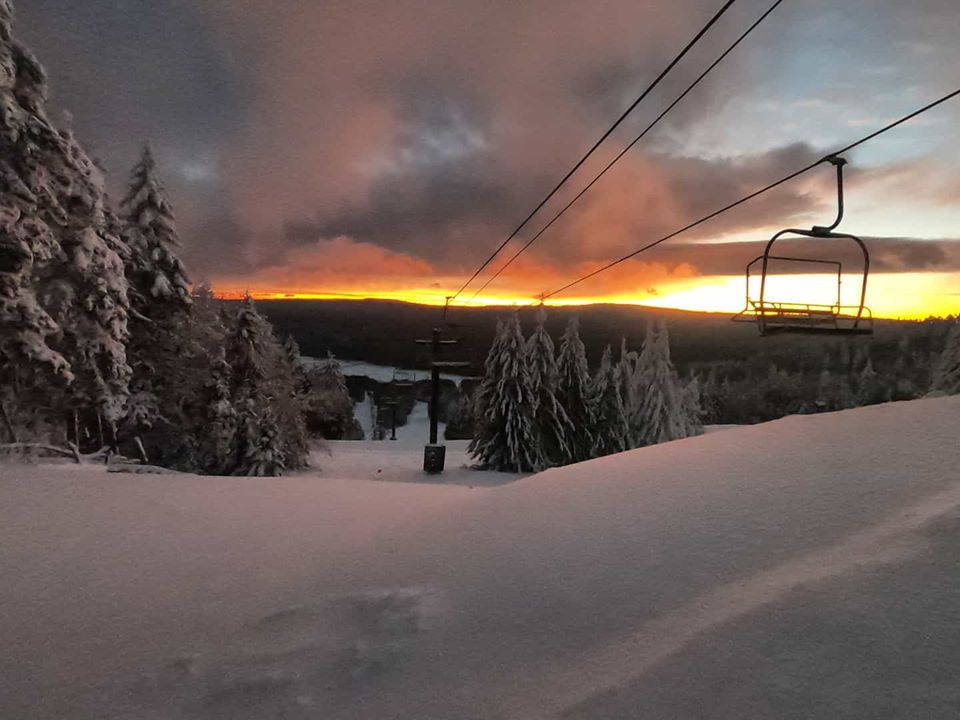 I think Brad Panovich said it nicely in his latest skier’s forecast. After a beautiful day on Monday, we move into the yuck factor for a few days with rain and warmth across the region.

However, the end of the week and the weekend are looking fantastic.

Conditions on the slopes will still be really good the next couple of days despite the underdeveloped snow falling. There is plenty of snow on the slopes to play on.

There should be windows– especially today – for some dry runs, but with the proper gear, it will still be a lot of fun even in the rain.

As far as the weekend, check out Brad’s forecast that he shared overnight.

You can help but get giddy when you look at that forecast.

Here is a quick snapshot of conditions across the slopes.

North Carolina
App Ski Mountain – Holding on at 100% with a 42-54” base. They have a groomed surface with 12 slopes and five lifts in operation.

App is hosting a special Ladies Night Park Session this upcoming weekend that looks like a great event.

Beech Mountain – Beech is playing on 15 slopes with seven lifts this morning. They are reporting a 46-82” base with a wet packed surface.

Cataloochee – They are playing on a 48-76” base with a groomed surface in Maggie Valley. Cataloochee is 100% open with 18 trails and five lifts in operation.

Sugar Mountain – Sugar is playing on 13 slopes that are serviced by five lifts. They have a loose and frozen granular surface with a 43-82” base.

Wolf Ridge – The Wolf is offering seven slopes with two lifts turning today. They are reporting a groomed surface on a 16-36” base.

Wolf Ridge is hosting their 3rd annual Hooky Day on Friday – talk about being perfectly timed.

West Virginia
Canaan Valley – A packed powder surface with a 15-30” base. They have 21 slopes open for riding and skiing with four lifts

Winterplace – They are offering 23 slopes for skiing and riding today with a 28-44” base. Winterplace is reporting a groomed and granular surface.

Winterplace Ski Patrol hosted a group of Marshall medical students this weekend as they checked out behind the scene operations.

Virginia
Bryce Resort – Bryce remains open at 100% with eight slopes and five lifts open. They have a 30” base with a frozen granular and groomed surface.

Massanutten – The ‘Nut is reporting a 30” base with groomed conditions, and they are riding on nine slopes with six lifts in operation. There will be no night skiing tonight.

Wintergreen – With a 30” base, they are playing on 17 slopes with four lifts in operation. Wintergreen is reporting a groomed surface.

Tennessee
Ober Gatlinburg – Ober is playing with a 16-36” base with six slopes open. They are playing on a groomed and wet granular surface.

They are also offering a special promotion for the rest of the season where you can take in weekend skiing & snowboarding at weekday rates for the remainder of the 2019/2020 Ski Season. The lone exception is President’s Day Weekend.

Maryland
Wisp – Wisp is skiing on 24 slopes with eight lifts in operation. They have a 28” base with a groomed and wet granular surface

Check out these great photos from over the weekend.

If you haven’t made plans to join us for the annual Snowshoe Summit, we would love for you to join us. Mike created a cool video talking about the summit and how to register.

That does it for today but be sure to stay tuned for more updates over on social media.