December Promise You Gave Unto Me 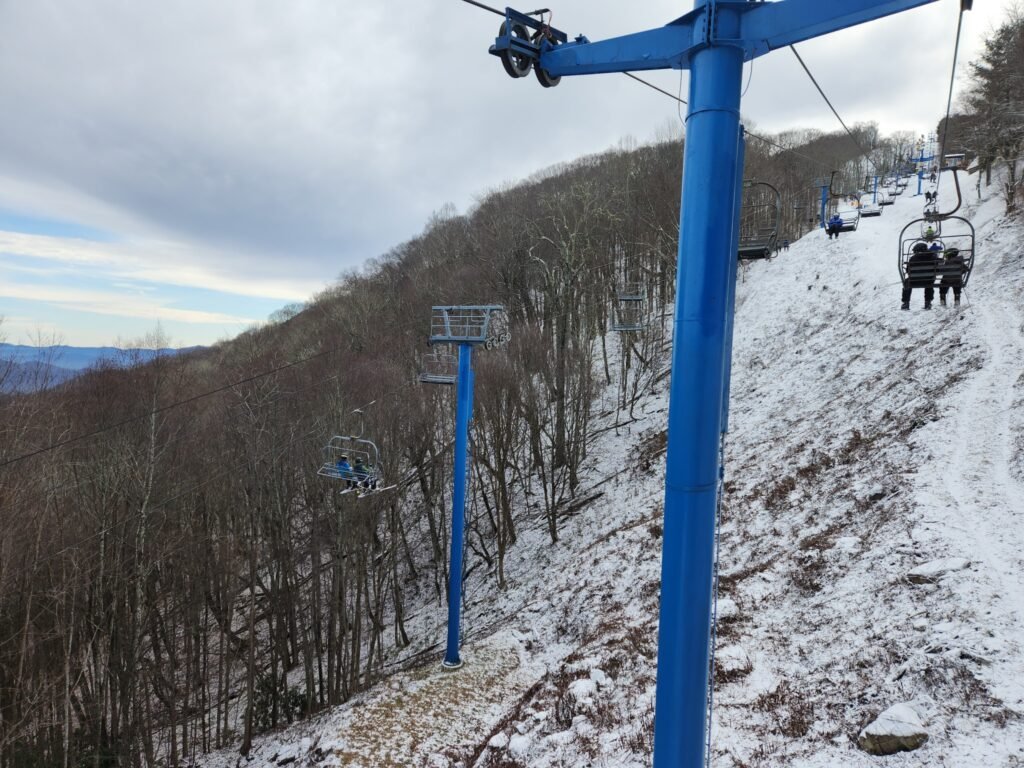 Ho-ho-ho skiers and riders of the southeast. Ho-ho-ho.

Thank you for being very patient while we waited for Mother Nature to FINALLY show up and allow the ski areas to roll out the white carpet. It was looking pretty sad out there earlier this month, but we now have a decent enough base to build upon while a very cold air mass heads this way with intentions to park itself for an extended period of time.  Get your snow guns appropriate attire ready because the resorts will be blasting them at full force.

Hopefully you have been a fortunate one that got some of those much-needed December turns in prior to the mercury plummeting.  If you went recently, you were most likely treated to top-to-bottom options with a sizable, but not quite jammed packed, crowd of fellow snow enthusiasts. We cannot think of a better way to enjoy being outdoors during this time of year anyways.

That certainly was the case on Monday at Cataloochee Ski Area as hundreds of folks played hooky for the day. To the surprise of many, the lower parking lot was full, and every chair lift ride up had at least one butt occupying it throughout the day. It was roughly a 50/50 split between single day road warriors and multi day tourists. No matter the reason, all were enjoying the time spent on the slopes while fellow coworkers and classmates were not.

This gem of a resort was offering up nine of eighteen trails with the Omigosh double seater going all the way to the top, plus the Rock Island quad, Easy Way triple, and Wolf Creek conveyor spinning as well. Slope conditions were ideal given that they just opened up several portions of the ski area a few days prior.  Bare spots and exposed rocks were minimal to non-existent throughout, and the sections that got kissed by the sunlight early on were softer after lunchtime.

It was apparent that there were many of you learning to ski on this day, because the rental shop green colored runs had the bulk of the masses.  For those who have never been skiing or snowboarding before, the bottom parts of Cataloochee where Easy Way and Wolf Creek Hollow are fantastic places to gear up and click in.  The surrounding views are gorgeous, and the staff is friendly and courteous. 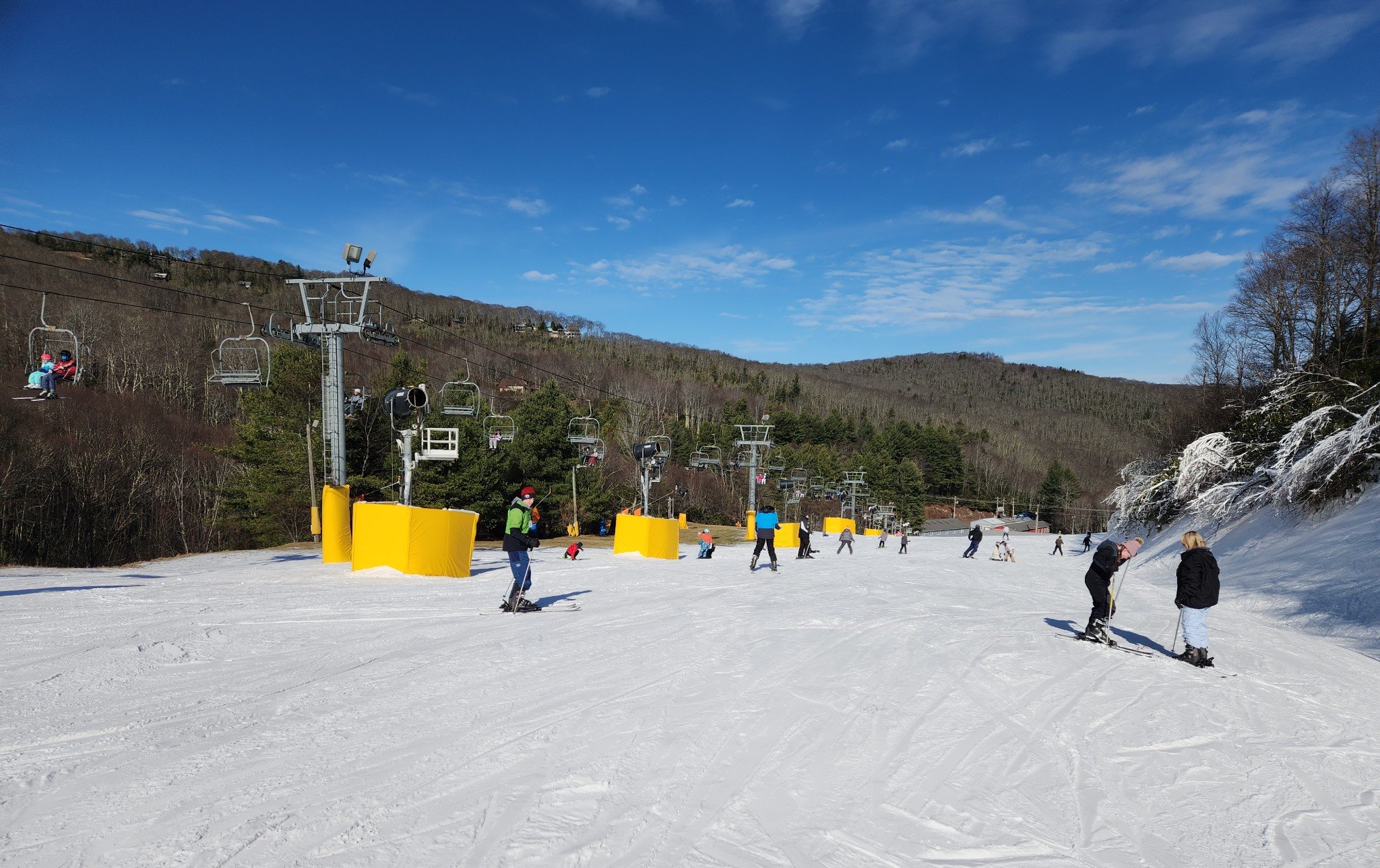 With that said, there was a bit of a challenge for those who ventured to the trails found at higher elevations. That is because the top layer of man made snow was thin, and the sheet below it was pretty icy due to freezing overnight. This is an unfortunate byproduct of such powerful snowmaking equipment combined with cold enough temperatures.  In fact, they blasted so hard that the trees and fencing lining the skier’s right hand side, when descending downhill, was caked in a thick ice like cocoon of sorts. 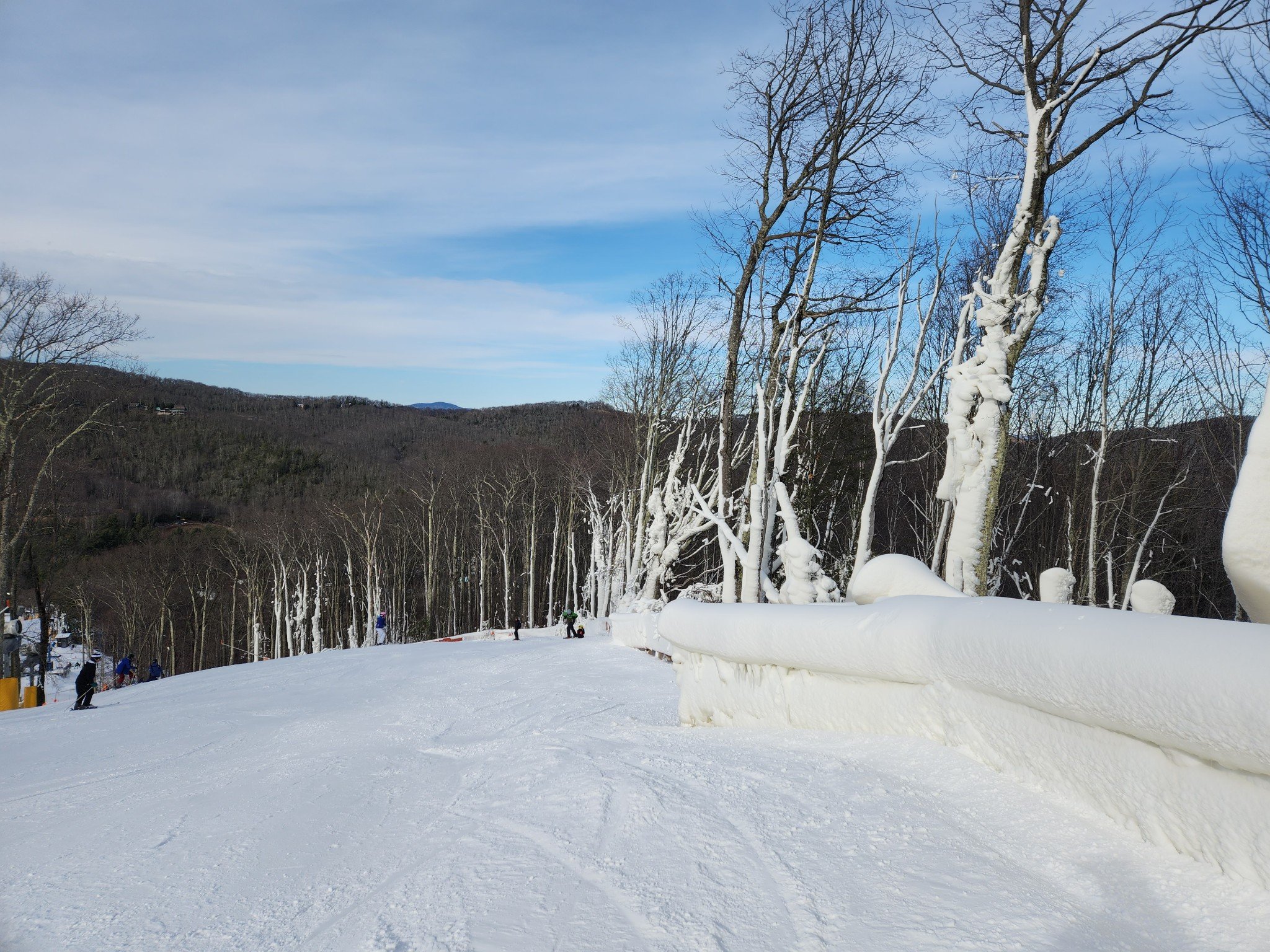 Fortunately, not all of the open trails were frozen in this manner.  There were plenty of soft spots to carve into, and by the afternoon, we all saw the formation of a few moguls that people either jumped off of or bobbed and weaved around. Skiing the bumps early in the season is a great way to get those ski legs under you for the days that lay ahead.

If you came across one of the slicker spots though, you most likely had to catch a sharp edge while navigating yourself away from it somehow. This process can be grueling and problematic, but if you were capable of staying upright, you gained not only muscle memory but also a confidence boost. We are constantly learning as we go, and these little things add up. 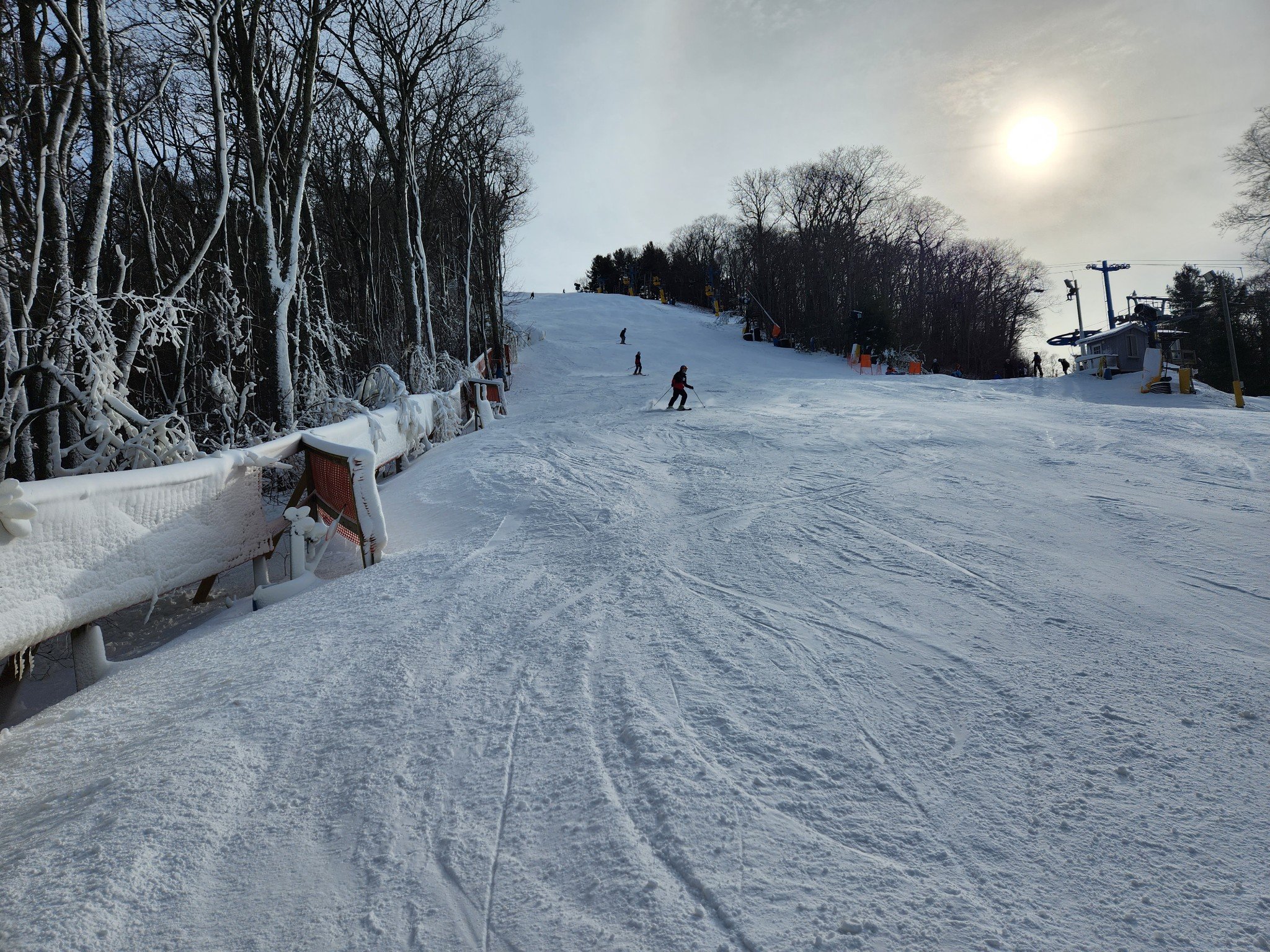 Looking ahead, we can confidently assume that all the ski areas will be adding several inches to their base depth in the coming days.  The window for this will be wide open, and it could be a non-stop twenty-four hours of the day affair, if desired. A bonus result to that is that this somewhat exposed icy level now will be buried deep to help sustain anything thrown on top.  Be sure to keep your edges sharpened, just in case, and apply the cold temperature specific wax if possible.

Beyond that, just fill up the tank and head to your favorite place nearby.  If you happen to choose Cataloochee as your next destination, be prepared for a variety of terrain to be opened to all skiing and snowboarding abilities.  Rumor has it, according to some of the lift ticket scanners I spoke with, they might try to build up some jump and rail features found in the Cat Cage Terrain Park too.  Either way, you will be greeted with genuine southern hospitality and charm.  In fact, they might even hear them jamming out to some bluegrass music as you find your next seat on one of the rides up.

Finally, do not worry if you missed out on chances like this already.  The Winter Solstice comes early in the ski season, and there are plenty of dates left on the calendar waiting for you. If you need an excuse from work or school, one could easily argue that there is no shame whatsoever in telling your bosses or teachers that you’re not feeling well enough to come in,  and that the only cure is ample amounts of sunshine and vitamin ski.

Previous Post
Hello, Winter!
Next Post
A Bomb Cyclone of Cold Temps, High Winds and Some Snow for the Ski Resorts