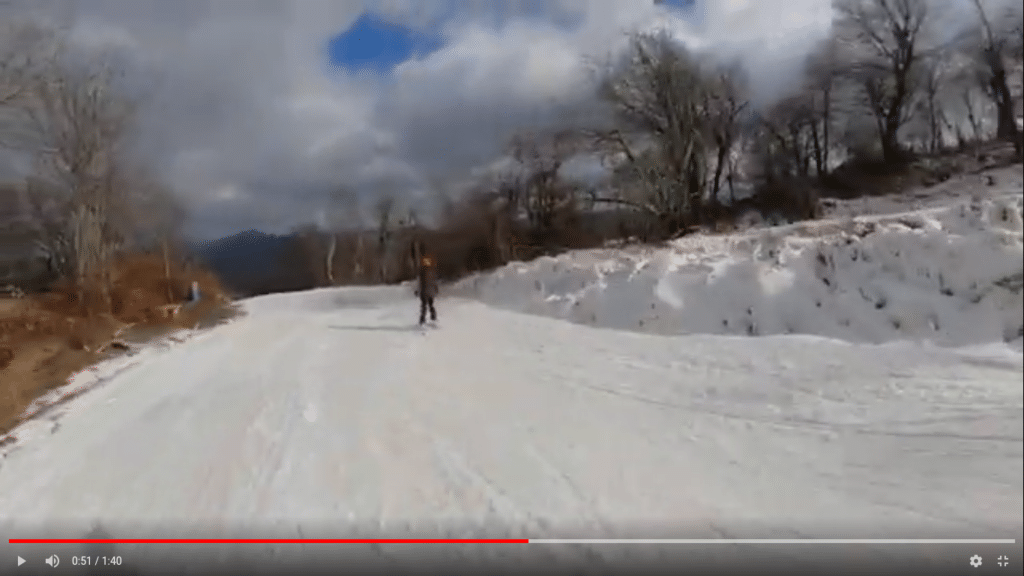 On Tuesday of this week, I got out for (my) Day 1 of the 2021-22 season at Sugar Mountain Resort. Day 1 is never going to be your best day on the slopes, but there is nothing like the sheer joy of just getting back on snow. When that first day happens, is truly unpredictable, and I equate it to a middle-school fire assembly . . . all of the sudden, skiing just begins. I do have to remind myself that it is still autumn, with over a month until the winter equinox.

Sugar had decent coverage up top on North Ridge and Switch Back. Conditions started to thin-out as you progressed down to Upper Flying Mile and Lower Flying Mile. This is very much “rock ski” season, and it’s best NOT to use your fancy-pants skis (or your fancy-pants in general . . . ouch, those rocks hurt).

Here is my first run of the year:

Sugar Mountain is the only resort in the Southeast that is OPEN today. I would expect them (along with others) to be aggressively making snow throughout the night.

All eyes are on Cataloochee Ski Area to see if they will open tomorrow (Saturday). They had their snow guns on in full-force during what was a blustery night, last night. It’s always a bit harder for snowmaking crews to direct the guns on the slopes when gusty winds are aloft. Props to Cat for laying down some good coverage. 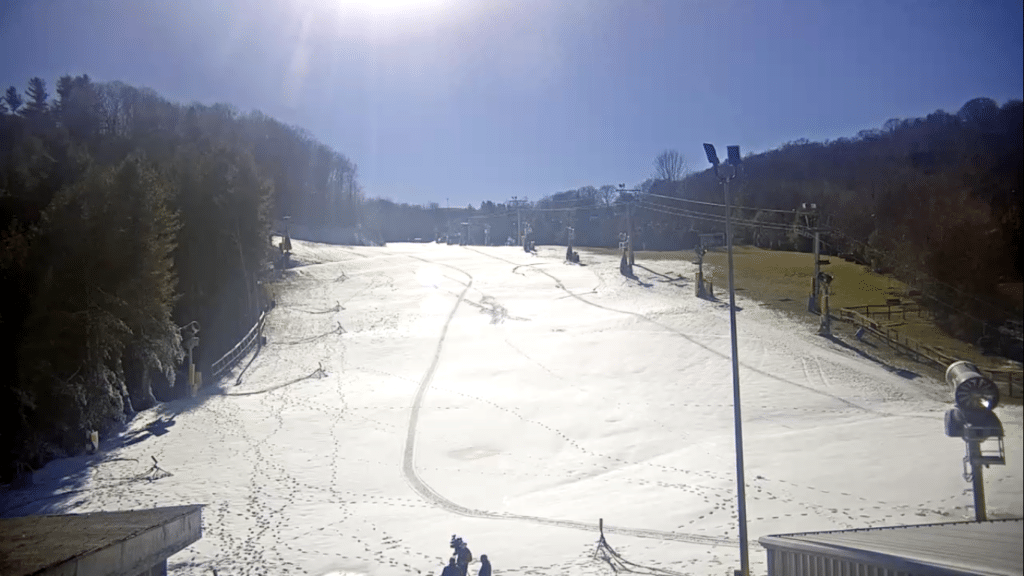 Cat even made some snow on Upper Omigosh . . . That’s a GOOD Sign, and shows they are feeling a bit more confident with unveiling more terrain, soon. 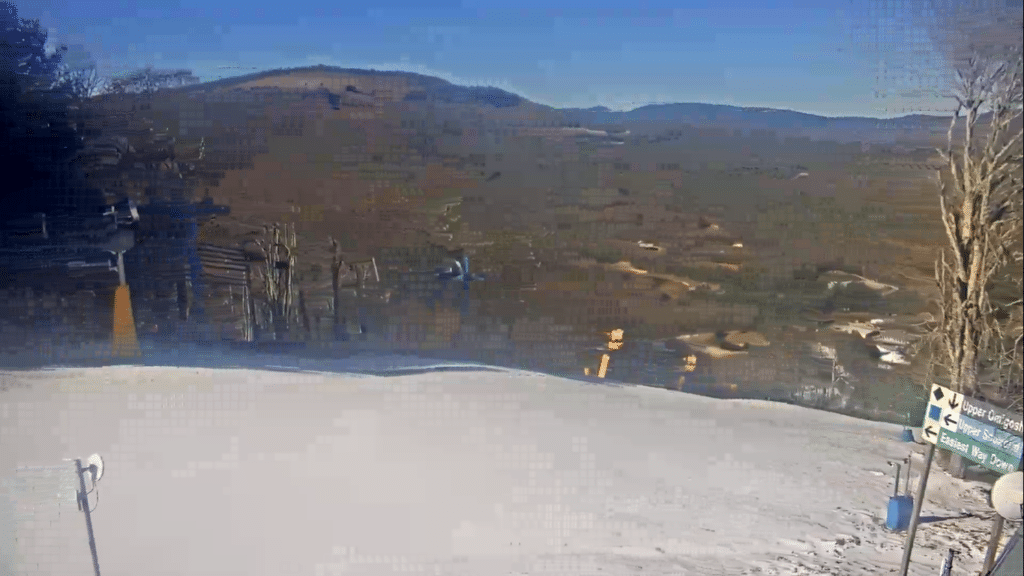 In fact, just look at the image Brad Panovich has embedded into his first ski forecast for the year. Monday evening will see southeast temps (WV especially) that are colder than most of the country. The chatter is that there is lack of snow (and cold temps) out west and in the northeast. The southeast COULD be the best place to make snow, beginning next week. 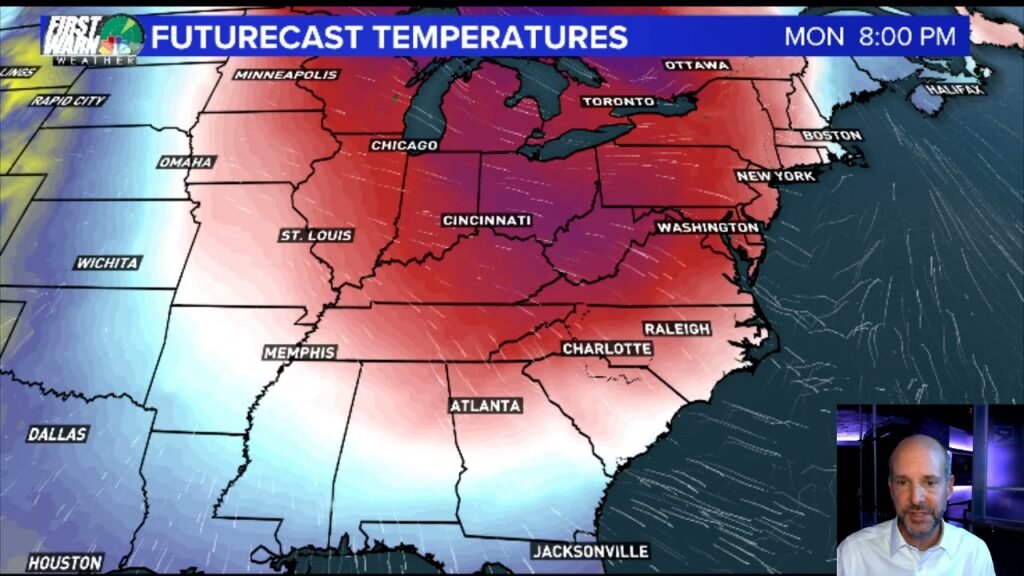 At this time of year the whole goal is to awaken the beast, and “Stoke the ‘Proverbial’ Fire” . . . Oh wait, that’s actually the name of an upcoming ski movie by Teton Gravity Research. You can see said movie tomorrow night in Banner Elk. Even better, make a weekend of it; Ski/Ride at Sugar on Saturday/Sunday, and catch the flick! 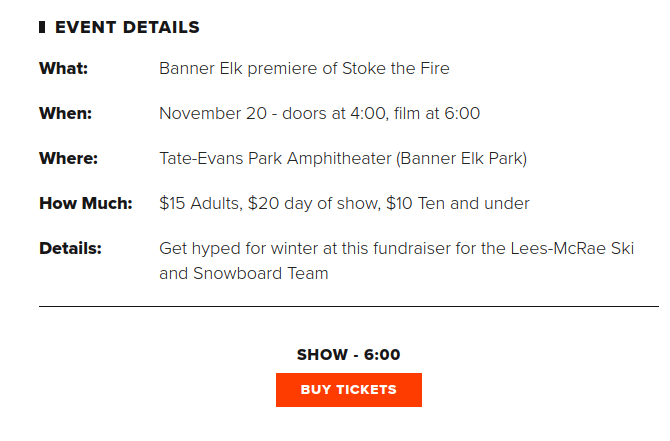 But wait, there’s more . . . If you can’t catch the TGR film this Saturday, look into Warren Miller’s “Winter Starts Now” Film on Monday, November 29th in Charlotte, NC. These films have a common theme . . . Johnny Moseley narrates some epic ski locations with some pro athletes who are shredding. Always a nod to the legend, Warren Miller, somewhere in the film.

Tonight, Ober begins their winter campaign with the 12th annual Back in Blue rail jam. This event is held in the snow tubing park on their proprietary snowmagic (warm weather snowmaking system) snow. Back in Blue is the earliest on-snow freestyle event in the southeast. Regional up-and-coming talent from Virginia, North Carolina, Georgia, and Tennesse are anticipated at this year’s event. You can find out more information and still register, here: Back in Blue 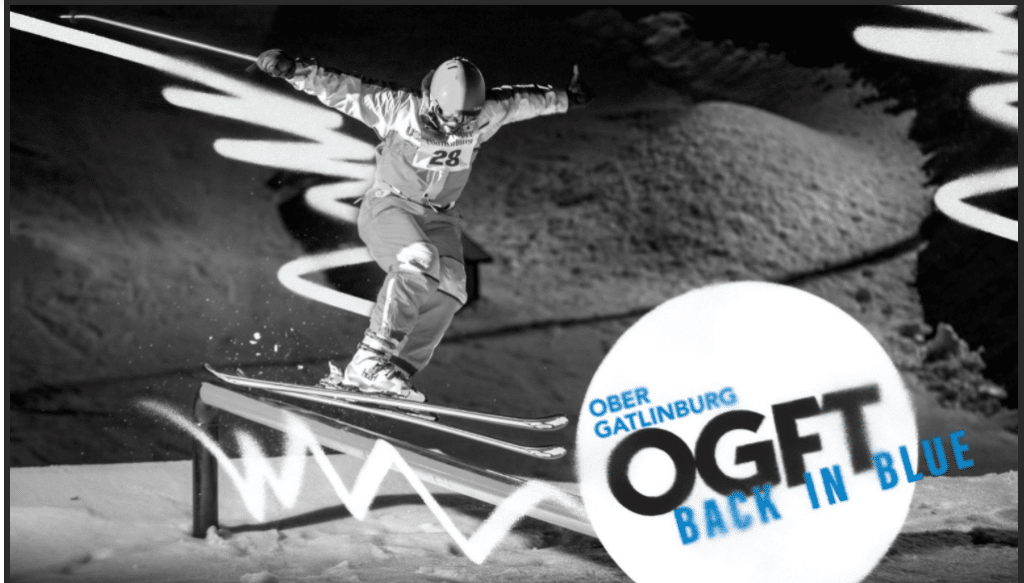 Cheers to some great turns!

Previous Post
Here We Go: 2021-22 Season Off Pause
Next Post
The First Weekend of the Ski & Snowboarding Season is Here!