The First Weekend of the Ski & Snowboarding Season is Here!

Sugar Mountain Resort was the first and only ski area to open in the Southeast and mid-Atlantic this past Monday. Today Cataloochee Ski Area in wonderful, Maggie Valley, North Carolina will make it TWO ski areas open for the season as they will open for day skiing at 8:30am this morning, Saturday, November 20th.

Photo of the day up top is from this morning at Snowshoe Mountain, which plans to open Wednesday!

I spoke briefly with Cataloochee Ski Area President, Chris Bates this morning as he climbed out of the snow groomer this morning and he shared, “I’ll tell you the truth Mike, yesterday I didn’t think this was going to happen. The temperatures dropped two or three degrees colder than we anticipated and we were able to make a ton of snow and get this thing started.”

The “thing” is the official start to the 2021-2022 ski & snowboarding season for the Western North Carolina ski resort. They will be open for the day session only today with four trails on a base of 10″-16″ to their mid-station.

As I mentioned, Sugar Mountain Resort officially got us started this past Monday, November 15, 2021 and staff reporter Rudy Ryback got in HIS first day of riding the snow as he visited Sugar Mountain on Tuesday and he posted some photos and videos from that trip – See Rudy’s FirsTrax report for Sugar Mountain

…and THAT Officially Has Yours Truly Going

I want to thank Brian Dix (Happy Birthday today, my friend), Matt Laws, Rudy Ryback, Joe Stevens and meteorologist, Brad Panovich for all of their early season posting and efforts already this season. Brad Panovich posted HIS first SkiSoutheast Forecast for the Season on Thursday night: Check Out Brad’s First Weather Forecast of the Season

I’ll try to get some video reporting going perhaps on Sunday morning, and if you follow us on Facebook & Instagram, you should get an alert or notification of that LIVE Video Stream. I don’t expect any additional ski areas to open tomorrow, so things will hold at TWO resorts open thus far, but this time of year offers some amazing sunrises and great shots of snowmaking, etc. and I’ll try to capture some sweet shots in the morning.

How is Cataloochee Opening??? (How are ANY of them?)

It always makes me chuckle and it brings a smile to my face when I receive emails or social media posts about HOW resorts can be opening this early. I have friends from South Carolina visiting us this weekend and they were shocked to hear that Sugar Mountain was already open. I witnessed this Facebook post yesterday – “How?! It’s supposed to be like 69° here in Asheville tomorrow? I’m excited though!”

We had some COLD air in place recently and Snowshoe, Sugar Mountain and Cataloochee Ski Area were the first to crank up their massive (and multi-million-dollar) snowmaking systems. As mentioned already, Sugar opened Monday. We saw low temperatures of 24° at Davis, West Virginia and similar low temps across many of our region’s mountaintops from November 14th through November 17th, so even when the temperatures reached 62° on Thursday…there was still decent snow on those slopes that had already cranked up. Heck, Snowshoe Mountain Resort had some sizeable whales already being built up, particularly up around Shavers Center.

As Chris Bates already shared, it was a bit of a surprise to see last night’s low temperatures dip as low as they did and that allowed many ski areas to get in some early season snowmaking. Appalachian Ski Mountain, Beech Mountain Resort, Bryce Resort, Cataloochee, Massanutten Resort, Snowshoe, Sugar, Timberline and Winterplace all got in some snowmaking over the last few days.

I know that additional ski areas are planning to open this week and that is awesome news to all of us, right? Thanksgiving week and weekend has always been the unofficial, official first week of most ski seasons over the last sixty years that we have had skiing in the Southeast and mid-Atlantic. Wisp Resort in Maryland first opened in 1956; The Homestead Resort added skiing in 1959; Cataloochee Ski Area was the first ski resort in North Carolina in 1961 and Ober Gatlinburg and Appalachian Ski Mountain joined the fun in 1962 and others quickly followed in the years to come. Most all of the ski resorts in our region have pointed to late November to mid-December to open for the season, but without question, Sugar Mountain Resort and Cataloochee Ski Area have routinely opened first. In recent years, due to millions of dollars in snowmaking investment, resorts as large as Snowshoe have been able to open with pretty significant base depths and trail count. I know that Snowshoe plans to open Wednesday before Thanksgiving (Nov 24th) and Beech Mountain Resort plans to open for the season on Friday, Nov 26th. I’d expect Appalachian Ski Mountain to open this week as well.

Be sure to check the SNOW REPORT for all of the announcements, slope openings, snowfall totals for the season and more. 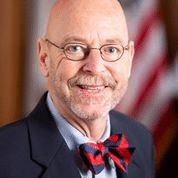 I’ve known Joe Stevens for a couple of decades or so now and Joe would say, “Michael, we’re getting old, dude!” but I tend to fight it. Regardless, we are getting old enough that we’re starting to hear a lot more about these kinds of presentations. Back in 2020, Joe was awarded the Bob and Anita Barton Award at the Governor’s Cup Race in West Virginia. That is in recognition for a lifetime of achievement and dedication to the ski industry in West Virginia. Click here to read about that recognition.

I REALLY regret not being able to attend tonight. (Thanks so much to Kenny Hess for the invitation. As mentioned, earlier, we already had plans for this weekend, and we’ll miss hanging with the Massanutten brass and another opportunity to hang with Joe.)

By the way, I spoke with Joe this morning and he mentioned that HIS first day of skiing was on January 1st, 1985 at, (drum roll please)…you guessed it, Massanutten Resort.

We will definitely have to arrange for some visits to Mass this season to join in on the fun.

Check out these Sharables….

SkiSoutheast will be represented and we should have some of us in attendance.

Join us on Saturday, November 20 as we support the Lees-McRae Ski & Snowboard Team. Grab your favorite brew from Beech Mountain Brewing Company and a pizza from The Famous Brick Oven Pizzeria – Beech Mountain, NC

Bring a chair or blanket and DRESS WARM!!!
Opens at 4pm, film starts at 6pm.

Check out these captures from this morning!

While Wisp has not made snow just yet, have you guys seen the 24 hours snowmaking timelapse from there a few years ago. They got opened up one day after making snow!

That will do it for today. Be sure to check out more Sunday. If you are reading this post and a frequent visitor to ANY of our ski resorts of the Southeast and mid-Atlantic…give us a shout out and if you can send us some photos, videos and trip reports, you might be a candidate to join our growing team!