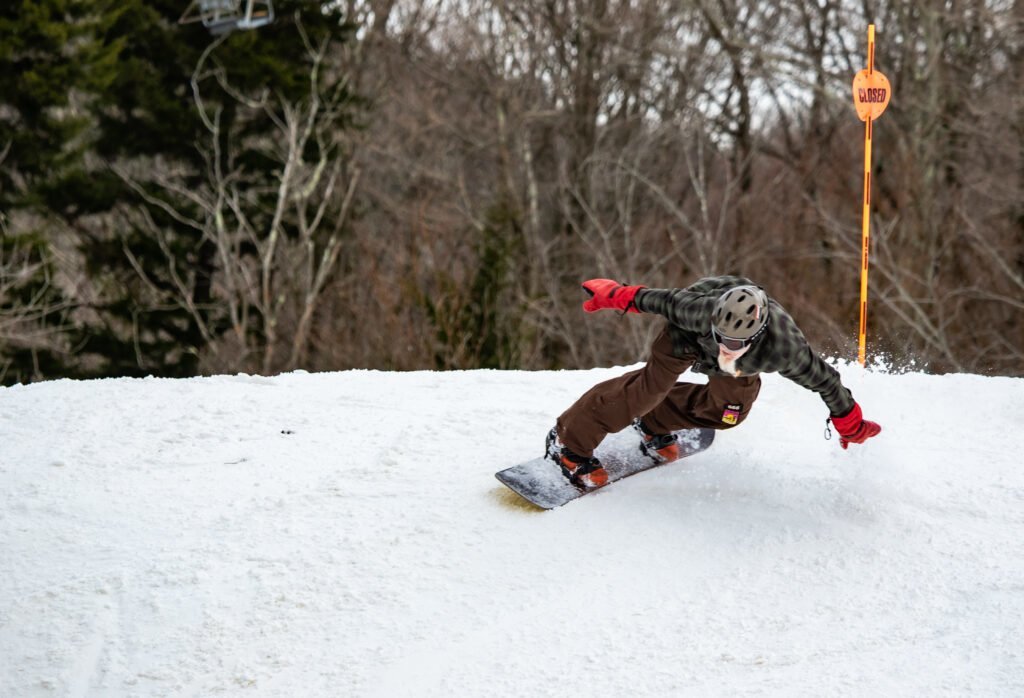 Today’s featured photo is from Canaan Valley over the weekend.

The Christmas Week has begun.

After a great weekend, the weather is kinda meh this morning with gloomy skies and some rain around the area, but that (fortunately) isn’t a sign of things to come this week. While there won’t be any fresh powder falling this week, the weather looks quite nice – albeit a bit on the warm side – for holiday skiing.

There is a bluebird day alert as there is plenty of sunshine in the forecast this week all over the region. The southern resorts will have some underdeveloped snow today but clear out for Christmas Eve.

A quick look around the live cameras (remember you can check those out 24/7 at resortcams.com) shows conditions still look great on the slopes as we kick off one of the busiest weeks of the year.

A quick look at conditions around the area:

North Carolina
App Ski Mountain – They are playing on nine slopes with five lifts operating. They have a granular surface on a 36-52” base.

Beech Mountain – They have 10 open slopes with seven lifts operating with a wet packed surface on a 20-38” surface.

Cataloochee – They are skiing and riding on 10 trails with five lifts operating. They have a groomed surface on a 32-52” base.

Sapphire Valley – Both slopes are operating with a 23-47” surface.

Sugar Mountain – A wet and frozen granular surface on a 28-61” base. They have nine trails open and four lifts operating.

Wolf Ridge – Playing on four trails and two lifts with a 20-28” base with a groomed surface.

West Virginia
Canaan Valley – Great conditions on 12 open trails with a 20-40” base.

Snowshoe – Playing on 39 open trails (an impressive 153 open acres) with a 40” base with a groomed surface.

Winterplace – Skiing and riding on 17 slopes with five lifts operating. A 24-44” base with groomed and granular conditions.

Virginia
Bryce – Seven slopes available for play with a 24” base on a groomed surface.

Massanutten – They have six slopes open with six lifts operating with a groomed surface on a 28” base.

Omni Homestead – Closed today and tomorrow, but will reopen on Christmas Day.

Wintergreen – Six slopes and three lifts open with an 18” base with a groomed surface.

Ober Gatlinburg – They are playing on six slopes and three lifts with a groomed surface on a 20-25” base.

One quick side note – tubing tickets at Ober Gatlinburg are the hottest tickets in town this week as they are currently sold out until Jan. 3.

Maryland
Wisp – A 24” base with a groomed surface with 12 slopes and six lifts open.

You can view the full details over at the Snow Report.

It is going to be a great week to be on the slopes. Be sure to hit us up on Facebook with your latest trip reports, photos and videos – we would love to feature you!

That is it for today, but be sure to check us out on Facebook as we will be sharing content throughout the day.