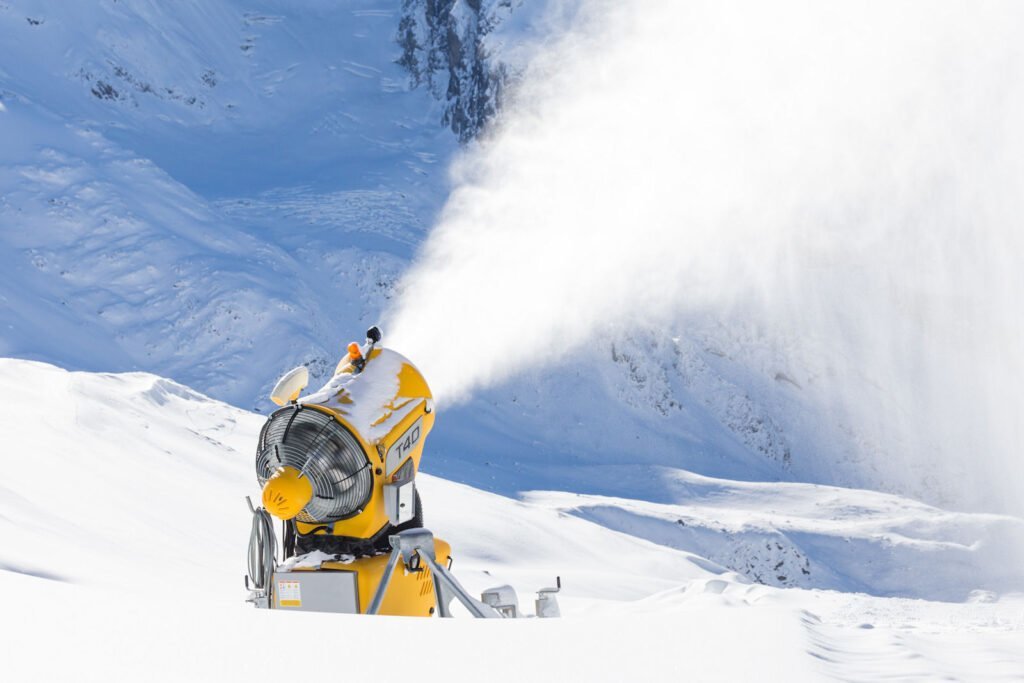 Again, as I sit down to write this week’s column, I must work through a number of thoughts I want to put on the computer screen for this week’s dissertation.

What really stands out are some of Mike Doble’s comments from his First Trax column on Saturday. Basically, what really is natural snow and how it should be reported. Sometimes I am just taken aback with how things are reported on the daily reports.

Full disclosure, I handled snow reporting for 16 seasons at Snowshoe Mountain and prided myself on telling it like it really was on the slopes on any given day. Yes, I know I called rain “underdeveloped snow,” but if someone didn’t understand what I was getting at, well I just couldn’t help that, could I?

But at the end of the day, I called the snow that came out of the snowguns “manmade snow,” no more no less. The snow that Mother Nature graced us with was “natural snow,” which helped create powder conditions.

I know, I know, the marketing departments not only at the various resorts out there, but also at the snowgun manufactures would like for you to think the snow coming out of the guns’ nozzles was the same as what falls from the skies and from a scientific side of things it is, but to skiers and snowboarders, well it’s not. True powder is that beautiful stuff that comes from above and makes for an extra bit of excitement on the slopes that day or the day after (more on that in a moment).

Let’s get something straight at this point of the column this week, the best snowmakers in the country are in the southeast region. They have been doing it longer and have to do it right or there wouldn’t be any skiing, snowboarding or snowtubing at your favorite resort. If you haven’t noticed, on a good natural snowfall year, there is probably at best 150 to 180 inches of snow that falls from the sky. Folks I am here to tell you, that just isn’t enough snow to provide fun on the slopes from before Thanksgiving to, in some years, early April.

The resorts in the southeast region have spent millions of dollars on their snowmaking systems and it has paid off for all of them. The last two weeks is a prime example of the payoff as most resorts got off to a great snowmaking start as excellent cold temperatures allowed the resorts to make piles of snow and cover a bunch of terrain as they opened for the 2019-2020 season. Then the “underdeveloped” snow came and guns went silent. But as soon as those temperatures dropped again, those millions of dollars of investment were able to recover quicker than in years past and add on to the trail count even quicker.

I just wanted to make sure everyone knows I wasn’t taking a swing at the snowmaking process at any of the resorts in the region. To the contrary, most of you who read this column on a regular basis know and understand what I think about the snowmakers from Tennessee to Maryland. They are the unsung heroes of the industry and by no way am I saying they don’t provide the experience everyone is expecting. But I am also saying that it just isn’t natural snow or powder they are putting down on the slopes. It is an awesome manmade product that I and hundreds of thousands of skiers and snowboarders enjoy in the southeast.

I would like to make a point that most folks really don’t care if the snow is manmade or from Mother Nature. I have mentioned this before in my weekly space on this website, but I wanted to bring it up again. This is the time of year that a lot of first-time skiers and snowboarders head north to enjoy a white Christmas. You know why? It is because the southeast ski industry can guarantee snow on the ground on December 25.

One of the greatest enjoyments I got during my Christmases at Snowshoe Mountain was seeing the faces and the reaction of young ones seeing snow, manmade or natural, for the first time ever. Still to this day, just thinking back to those experiences sends chills up my back. The gleam in the young folks’ eyes, is etched in my memory forever and I am truly blessed for being a part of that experience.

Let’s get back to snow reporting again and what is powder and what isn’t. I have had lengthy conversations with brother Mike about this matter and I think we are basically in agreement that some folks push the envelope a bit when it comes to labeling what is on the slopes after a good night of snowmaking. Hey, I love to make first tracks after a great night of snowmaking, but truthfully, it’s not the same as making turns after a night when six to eight inches of natural snow fell. It isn’t the same and shouldn’t be reported as such. That’s just plain and simple.

Let’s just say that Machine Made Groomed Snow can be some of the best conditions skiers and snowboarders can experience on any given day and we should just leave it at that in reports. Another point that Mike made was how long a resort can claim Packed Powder conditions after natural snowfall occurs. I believe if the temperatures don’t get above freezing those conditions can remain for a day or two. But after that, a resort still claiming that scenario might be pushing the envelope a bit in this former snow reporter’s mind.

To finalize my point, I am of the opinion for the most part, folks don’t look at the conditions as much these days as they do trail and lift counts. With webcams they can see in real time what it looks like and make an educated decision of playing on the slopes or not. I don’t think the conditions box on a snow report is much a factor in that decision as it was in the past.

If holiday turns on the slopes are in your plans, may those turns be safe and lots of fun. Merry Christmas everyone from Snow News Is Good News.