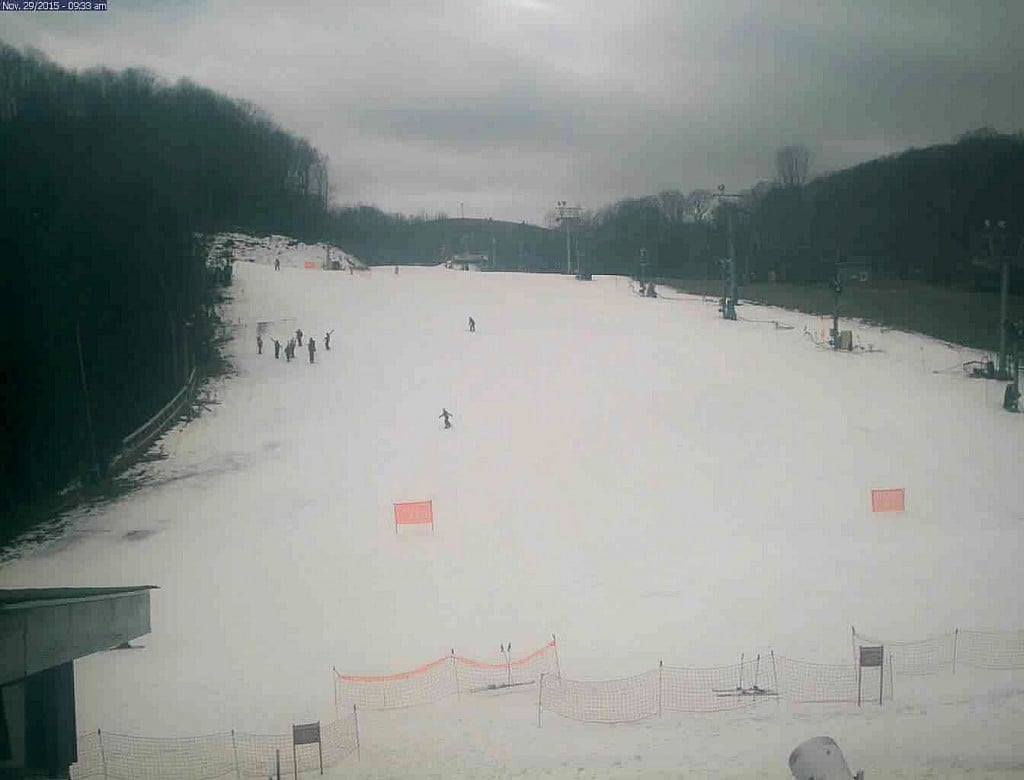 Sugar Mountain Resort is closed Sunday due to the weather and to be honest I was amazed and frankly surprised to see that Beech Mountain Resort is open for Sunday, day sessions. As I looked around at the LIVE cams, the Freestyle slope at the base of the mountain evoked an “ouch” from me and the connector going over to lift 4 and down to the quad was very narrow to say the least. Freestyle is open, but Powderbowl looks like the better route down. Kudos to them for giving it the old college try as I’ll bet that they’ll have a few takers on the slopes. 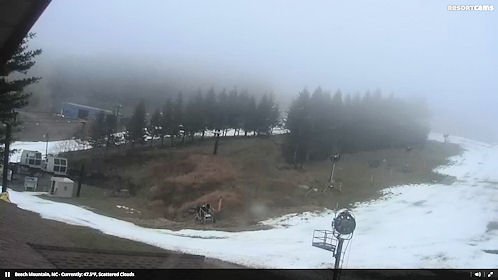 There is a bit of an “Ouch Factor” when the camera pans to the right.

If you head to Beech, expect “Extreme Spring Conditions”. It was good to hear Gil Adams’ voice on the snow report as I called to confirm what had already been posted earlier this morning. Beech is skiing on the same 6 slopes and trails that they had open on Saturday.

Sugar is now closed until the weather allows for more snowmaking opportunities and I suspect that you’ll see Beech closed Monday as well.

Cataloochee Ski Area is offering one less trail today and they actually look pretty good for day sessions today on 5 slopes and trails. They have already made the decision to closed Monday-Thursday of this week with the goal of reopening if the weather allows Friday.

If what we’re thinking comes to fruition, that would/could leave Appalachian Ski Mountain as the only ski area to be open this week, beginning tomorrow. 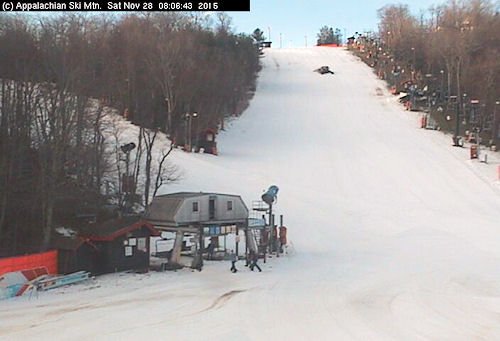 Appalachian’s groomers were out early this morning as always.

Even App had to trim their open terrain to FIVE today. Appalachian dropped 6-14″ off their previous day base depth reporting. They are now reporting a 6-10″ base and we saw the groomer out doing his thing early to insure that the 5 open slopes are at a premium.

With only 6-10″ base and rain in the forecast Monday through Wednesday, we could see Appalachian pull the plug until cold weather returns. We will keep you posted when and if they make that decision.

When WILL the weather permit re-openings? I have to tell you that the 10-15 day forecast isn’t good for skiers and snowboarders. Just looking at the forecast for the Beech and Sugar areas, we’re just not seeing a conducive snow-making forecast or ANY NATURAL SNOW through Sunday, December 13th.

In that same 10-15 period we’re only seeing MAYBE ONE NIGHT of snow-making.

Even the normally colder and snowier, mountains of West Virginia are only showing a forecast that could include 4-7 nights of snow-making and only 2-3 of those are “sure things”. 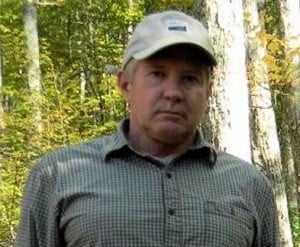 We’ll do our best to get up with Ed Galford, the longtime Snowshoe Mountain VP of Operations. Ed is one of those guys who has “seen it all”. It will be interesting to get his take on what he thinks about this “yuck start” to the season. Ed learned to ski at Snowshoe Mountain and started working at the resort as a snow-maker in 1974.

Forty-one years later he’s one of those people that Snowshoe is featuring in the marketing promotions as “the soul of the mountain”.

IT COULD BE MUCH WORSE as Winter Storm Cara is responsible for at least 11 deaths and that storm has created icy travel nightmares that we want no part of.

Snow storm after snow storm has fallen in the Colorado mountains. I received yet another powder alert this morning. This time from Beaver Creek where they got another 6″ of snow in the last 24 hours.

It has been nuts out there as they’ve hogged all of the natural snow and cold thus far. Heavy snow will end November and kick off December in the Northern Plain states. Another 6″-12″ of snow could fall out there over the next few days.

…and here we are with late Summer, early Autumn weather and nothing measurable whatsoever in the form of natural snowfall yet and as previously stated, we’re not seeing any semblance of “winter” through December 13th or so.

On Saturday, our Randy Johnson posted a new story about how Gunther Jochl of Sugar Mountain Resort kind of pioneered the idea of making snow early and opening early. Back in the day, none of our ski areas gave any thought to opening prior to December 15th.

(You can read that full story by clicking here: Something to Be Thankful For)

We will see what meteorologist Brad Panovich has to share about weather pattern changes and when he thinks that we may see any significant change that will usher in any kind of semi-consistent cold and some snowfall.

We’re still holding tightly onto the winter-long forecast of lots of snow for this winter. Brad previously predicted that we could see a challenging winter in terms of keeping consistent snow on the slopes and STILL see a very snowy winter. He said that the volatility of this winter could be one that creates a handful of BIG SNOW STORMS that run the snowfall totals way up and yet still makes for a winter where ski areas really have to work hard to make and maintain slope conditions.

It’s a good thing that we HAVE the best, most talented snow-making and snow maintenance teams in the entire United States. That’s no overstatement.