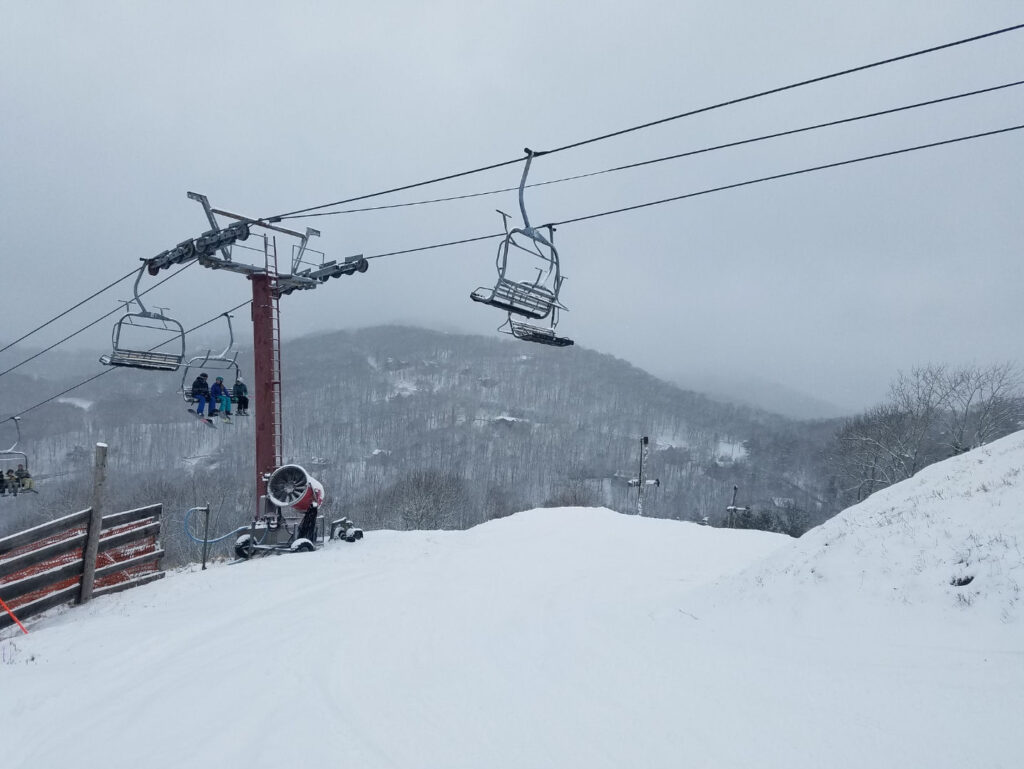 “A Little Seclusion to Gain Some Inclusion”

Hello skiers and riders of the Southeast. We are coming into a great part of the season as winter takes aim with a wide spray of coverage. A few days ago a lot of us received a healthy dose of moisture, and certain areas were big winners that gained a few inches of the natural stuff. This recent snow storm created an awesome setup that you all are hopefully taking advantage of.

My situation was a beautiful day trip from Charlotte to Wolf Ridge during the snow storm. As my route carried on from the lower elevations of the Piedmont to the higher elevations in the Appalachians, mother nature showed her wintery style with her beautiful white blanket. The timing of my arrival to Exit 3 off I-26 was after the storm had begun, and the setting was stunning. 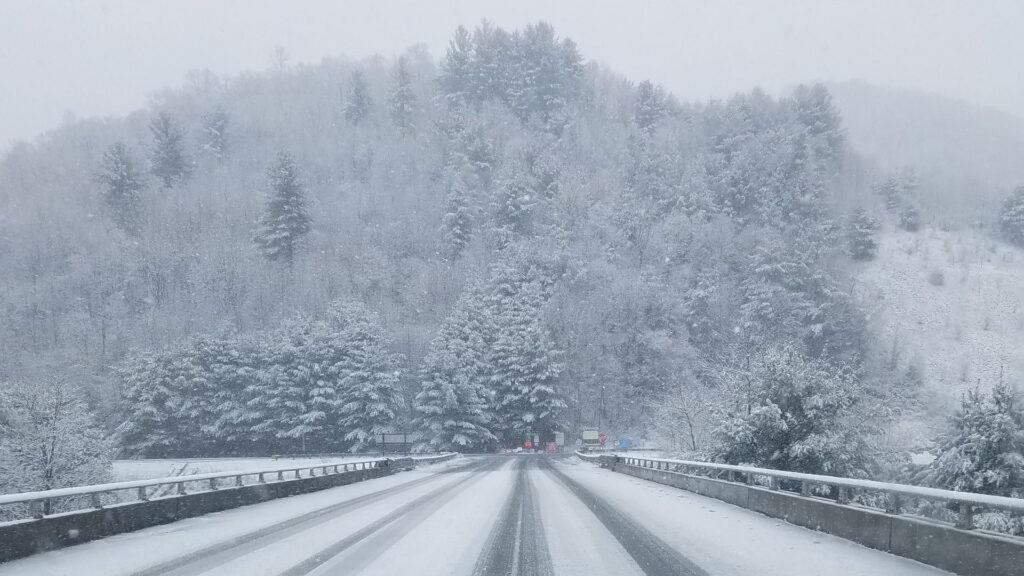 From there it was roughly a four mile drive off the beaten path and into some peaceful isolation. You will not find fast food restaurants, grocery stores, or other amenities with the exception of one gas station on this road. You are heading into the wilderness when you take Exit 3. It should be noted that I did use 4-wheel drive on this stretch of the commute, but there were multiple vehicles without that capability that safely made it to the parking lot.

A unique thing about Wolf Ridge is that they have a security guard shack that gives you an orange parking pass to display on the dash board when you park. I have never been to a ski area that gives a personal courtesy check in like this, and it made me feel like I was going to a more private place even though the ski area is open to the public.

Although Wolf Ridge does offer a resort experience they still put the ski area at the forefront. I usually distinguish ski resorts from ski areas by whether or not people can park their cars without having to walk through a village to get to the lifts. Wolf Ridge is a place where you can park, gear up, get your lift ticket, and be on the chair lift within a matter of minutes. Does that make them a ski resort or a ski area? It doesn’t matter, because what they offer is fantastic skiing and riding. 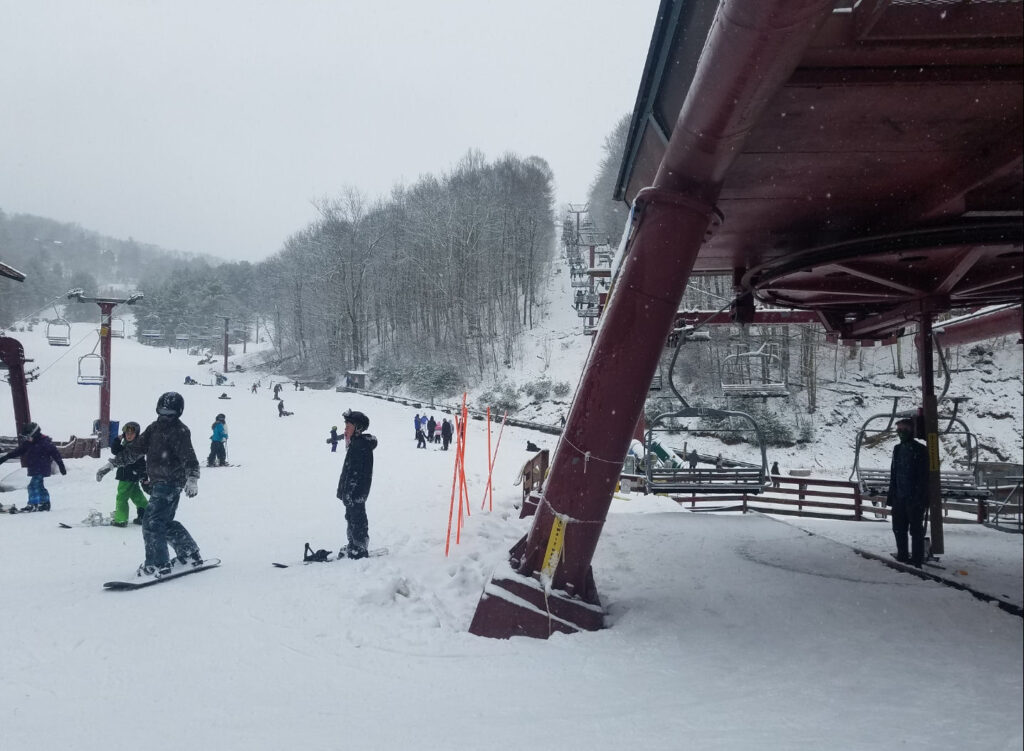 The skiable terrain comes in a variety of difficulties. You will find the lower runs such as Eagle and Broadway are beginner greens for those learning a new hobby. There is plenty of elbow room on this stretch of the mountain, and the snow coverage was great, especially with the bonus refresh on top. 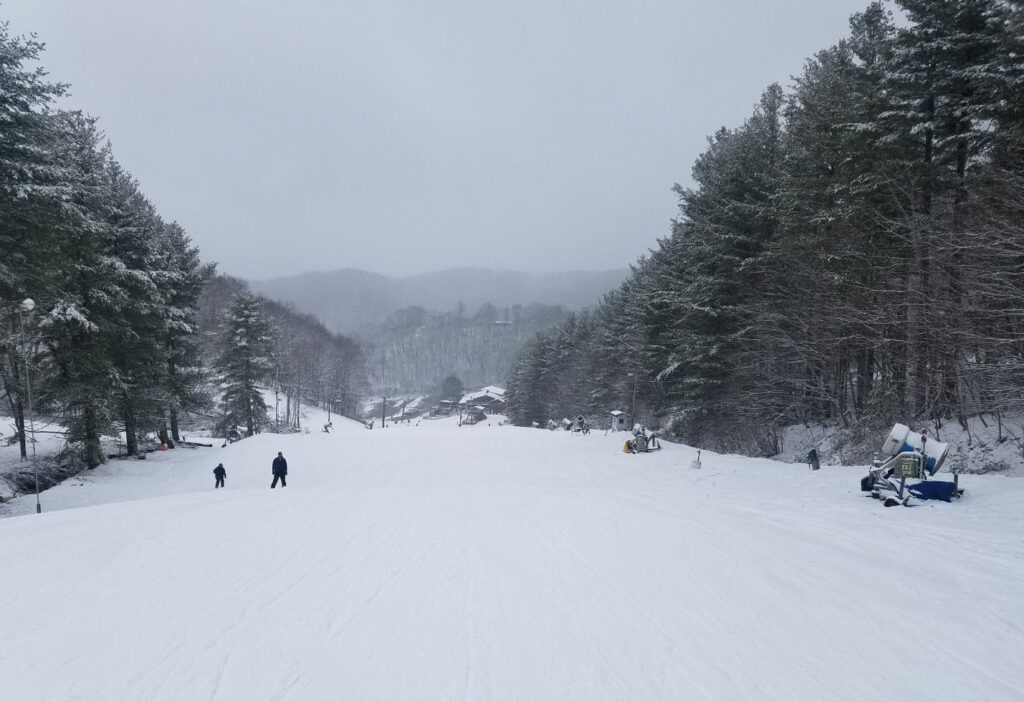 For those of you wanting more of a challenge take the B Lift all the way to the summit. At the bottom of this lift you will find a courteous staff that actively chats with you about how your day is going, and they will provide a friendly welcome back every time you return for another run. That kind of customer service goes beyond typical expectations.

When at the top you would normally have a spectacular view of the Tennessee / North Carolina border, but today was a welcomed winter exception. Regardless of that the views on the Viewfinder run were worth the journey here especially with the bonus gift that Ullr provided. The kind of snow that fell this particular afternoon were not the largest flakes (although I was told those kind of snow flakes had arrived earlier that morning), but instead they were the mid sized and artistically crystalized snow flakes that tickle your nose. 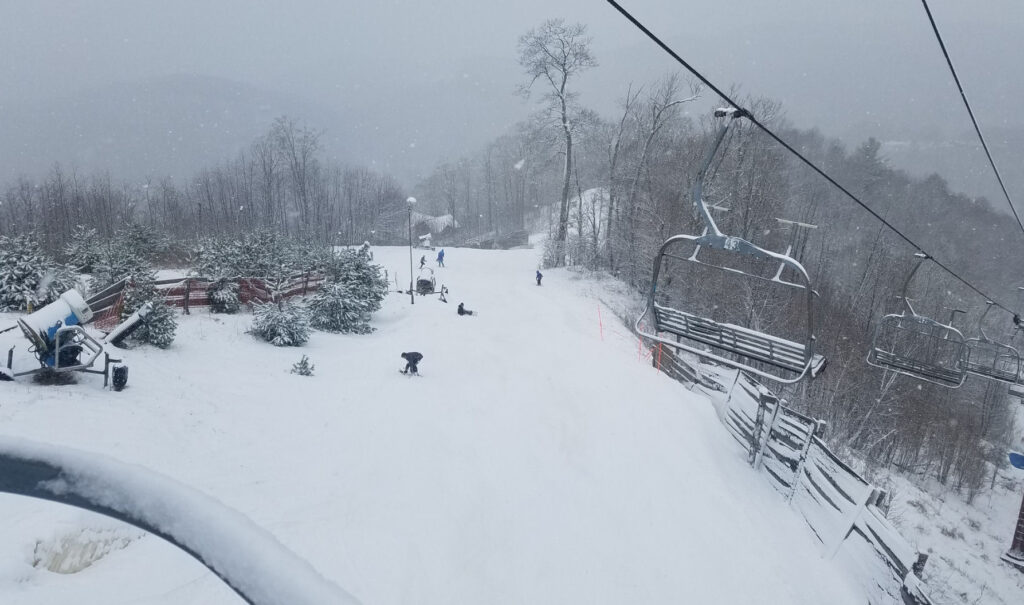 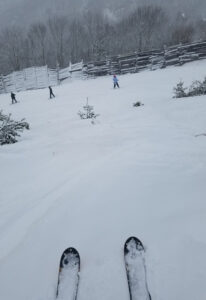 Another welcomed thing was that the natural snow provided some extra surface area on top of what Wolf Ridge had been maintaining during the rain spells. Much like ball bearings on a polished concrete surface, this addition enhances the glide of the skis and boards so that they did not get “grabbed” by the harder snow surface underneath. I personally enjoyed the side stashes on Viewfinder and Midway as it felt like a semi powder day underfoot.

It is fair to say that the entire southeast region has not been dealt the best cards this winter, but the ski area operators need to be commended for managing it with care, especially Wolf Ridge. I was told that they have only had a handful of snowmaking opportunities this season, but they have kept on track to keep their staple runs open, which allows skiers and riders the room to spread out.

In addition to their hard efforts, Wolf Ridge offers a great incentive for students and teachers whenever mother nature sprinkles enough seasoning to close schools early. They have a “Snow Day” deal in which lift tickets are $15 for day sessions with $7 ski and $15 snowboard rental packages. That’s my kind of deal, especially since it falls midweek and the places you would normally be at are not even open. The staff here also told me that this deal is not limited to the immediate surrounding counties, so if you come from further away they will not turn you away.

Overall I am impressed by the charm of Wolf Ridge. This place is a gem where you can get your ski laps in with some solitude and happiness. Look no further than the multiple families enjoying the day with smiles, laughter, and some woot-woots too. Kids were making snowballs and parents were being paparazzi. Talk about quality time with family.

So if your Wolf Cub is Goin’ South down the Powder Hill while Howling at the Eagle that is Way Out on the Side Slip, you may end up Whistling Dixie at the Midway point between the Upper and Lower Streaks as you prepare to challenge yourself on The Bowl before posing for that amazing photo on Broadway that may end up in a Viewfinder someday. Only at Wolf Ridge can you achieve all of this. 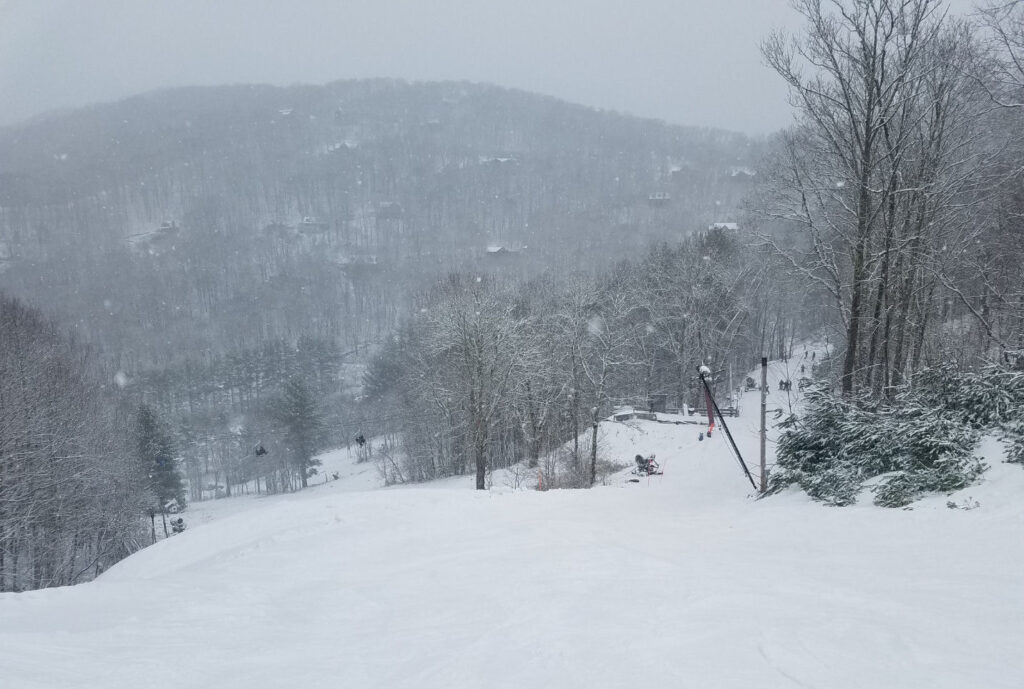