A Tale of Three Mountains

Yesterday was a get out of the office and onto the slopes day.  I was able to accomplish a first for me – ski all three of the North Carolina High Country resorts in one day.  This has been something I have wanted to do for a long time and a Friday the 13th seemed like a perfect day to test my luck.

I started the day at Appalachian Ski Mountain where I was among the group waiting for the slopes to open. 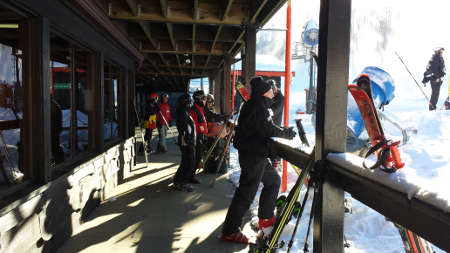 Good things come to those that wait – Appalachian Ski Mountain

Once we got to the top we were greeted with some untouched and fast corduroy.  The conditions, for the most part, were packed powder and getting to the bottom was pretty effortlessly – just needed to turn your skis on edge and let it take its natural course. 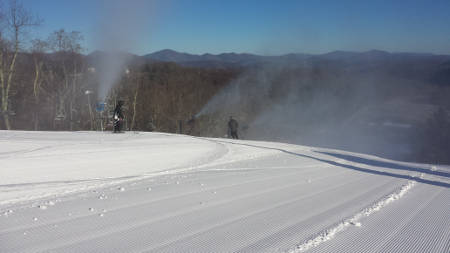 The top of App

It was lovely, and the relatively small crowd meant no waiting at the bottom and clean sailing for your line of choice.  The right side of Appal was particularly good (a trend that popped up throughout the day)!  Around 10:00 or so the guns where shut down and Santa Claus is Coming to Town could be heard coming out of the speakers. 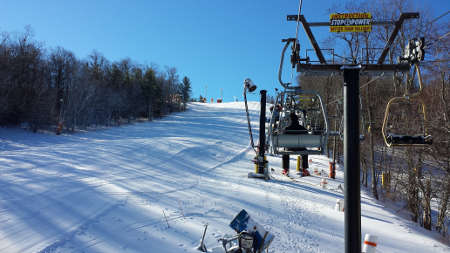 Close to 11:00, I packed up and headed toward my next destination – Sugar.  As I was leaving, App was starting some late morning grooming starting on Orchard run.  On the way out of App and to Sugar I took Flattop to Payne Branch and then Winklers Creek.  While On Winklers Creek these turkeys flew in front of and over my Jeep – more than one I believe scrapped along the top of the car as they “flew” over. 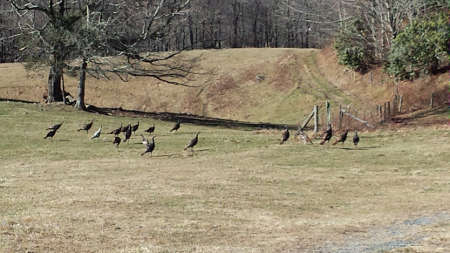 I also saw a bunch of deer on the Hound Ears course but they were a little quicker than the turkeys so no pic – sorry.

My first run at Sugar was a little after 12:00, and it was not only my first run of the day at Sugar but my first trip to the top this season.  The riding at Sugar was awesome.  They had great coverage on the opens runs with a packed powder primary – again all you had to do was engage the edge and all was good. 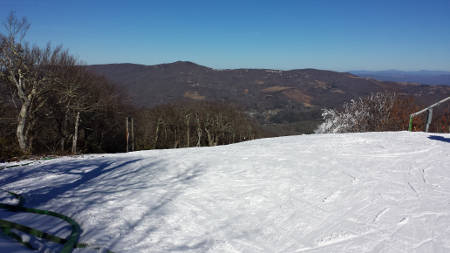 Now just because all one really needed to do was to put your stick on its edge for a nice relaxing turn, this is not what I chose to do most of the time (to the detriment of my legs which we’ll get to shortly).  Sugar had such a good coating of snow that a number of the extra-curricular elements on the sides of the runs came into play.  There was the nice rock drop at the top right of Northridge and the walls along the right side of both Northridge and Switchback were just too inviting to let go by. 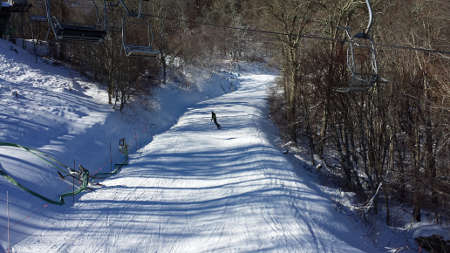 Sugar was a great time and I was sorry to see it go, but I had one last stop to make so I departed Sugar at about 1:30 with sore legs.  My first run at Beech was around 2:00 and I believe I hit it at around peek conditions.  Beech still had the guns going and there was a good crowd. 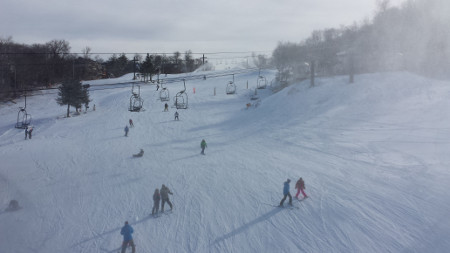 A little crowd at Beech Mountain

I was spoiled a bit at App and Sugar with the nice packed powder (with loose powder along the sides) and was not disappointed when skis met snow at Beech.  The main difference with Beech was that just below the packed powder primary was a tightly packed secondary – not to say icy, which often times goes hand in hand with Beech.  It provided a grip for the edges that I had not experienced at the other two mountains and did require a bit more oomph and want in the turns.  This is where the tired legs from Sugar really hit home. 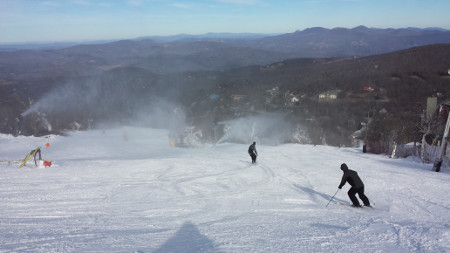 The top at Beech

Taking the high speed quad to the top gave you the choice of Robin’s Run or Shawneehaw as your avenue down.  For the first run I chose Robin’s Run, mainly because no one else was really riding it.  The snow was hard due to the light attention it was receiving but given that I was the only one on the slope at the time I was able to put together a nice fast run of big juicy GS turns and reached the bottom with my heart pumping and legs screaming.  Damn the legs – that was fun!  The remainder of  my runs were on Shawneehaw where the traffic had soften the surface a bit and again I found the right side of the run to be the best with nice soft good ole fashioned manmade powder.

After a couple hours of this my legs were done.  I was having a hard time just standing.  Now my friends, I wish I could tell you that I ended the day with a nice cold one at the top of Beech at the new 5506 bar – but that was not to be the case.  They were scheduled to open the top bar yesterday and all day I was very excited about rapping up the High Country tour with my first beer at the top of the world.  But alias, getting the place all setup and the staff trained on the new gear was just a bit too much to pull off for a Friday opening (they are expecting to open it today instead).  I was able to hit the bar at the base of the quad lift and had the great fortune to run into some existing SkiSoutheast members and some soon to be new ones I hope.

A few beers later and my legs magically felt better so back to the top I went. 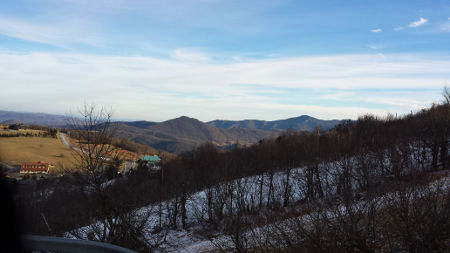 The view from the top of Beech never gets old

I was dialed in on that run let me tell you!  I could FEEL my skis and edges making contact with the snow.  With every turn I could feel my edges slicing into the snow through my boot, up my leg, and connecting to my spinal cord. I had become one with the mountain itself.  This is how I knew I was done for the day.  For starters, it’s times like this when you become complacent (which leads to trouble), my legs where basically throwing up when I got to the bottom, and finally I know I didn’t look nearly as good coming down the mountain as my dialed in, one with the mountain, mental state of mind led me to believe.  So, around 4:00 I packed it in and headed down the mountain one last time.

As much fun as the skiing was and being able to compare all of the slopes the North Carolina High Country had to offer in one day was just amazing, the best part by far was seeing you all out there enjoying the blue skies, great temps, and ever better conditions too.  It was great meeting everyone, both existing members and hopefully some new ones.  Drop me a line and let me know you got this far.

Take care out there this weekend.  A good part of the Southeast and Mid-Atlantic resorts are under a Winter Weather Advisory today!