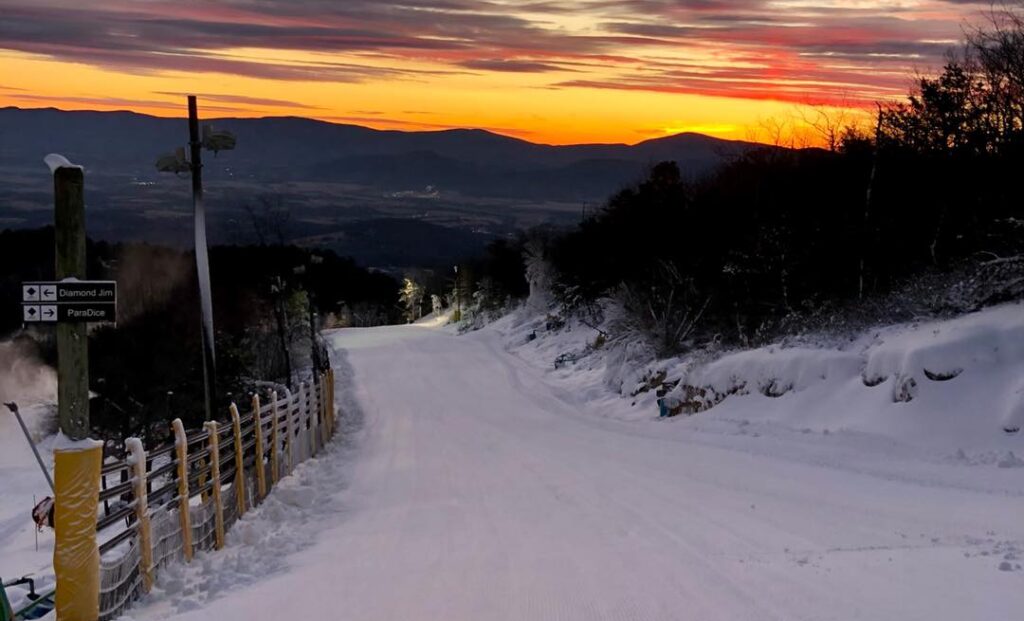 Photo of the day is from Massanutten Resort this weekend.

Mondays always stink, and today is no exception as some underdeveloped snow and even some other forms of precipitation that isn’t snow is in the forecast for parts of the region.  Don’t fret too much though as today and tomorrow is just a little bump in the road and by the middle of the week we should get back on track as colder temps return and so does the snow.

Peak season conditions lead to another packed weekend for the ski areas here in the Southeast.  Ever since the calendar turned to December it seems like we’ve seen consistent cold and at least a light snow event every week.  That has lead to what you’ve got to believe is record turnout at the resorts.  I’m generally a weekend warrior and most years get my riding in on the weekends.  Not this year!

You can’t blame folks for wanting to head to the mountains though.  Conditions right now across the region are superb and probably the best we’ve seen in several years.  We haven’t had any prolonged warm spells or huge rain events that have been prevalent in recent seasons.  It’s been smooth sailing for two months now.  Let’s hope it stays that way!

A Look Around the Region

As I mentioned already, peak season conditions exist right now and the snow reports reflect that.  Most resorts are at or close to being fully open.  Here’s a summary by state…

North Carolina: 72 or 85 runs are open (84.7%) in the Tar Heel state today.  Sapphire Valley is closed through Thursday, otherwise they’d add two to that list.  The majority of those unopened runs are from Wolf Ridge, where it’s been somewhat of a struggle to open terrain this year.

West Virginia: The WV ski areas are as usual leading the region with terrain.  The state has 140 of 158 runs open (88.6%) with most of those unopened trails being natural snow only ones at Canaan Valley.

Patrol has spoken…The Drop is OPEN!With the addition of The Drop and Easy Does it, Timberline Mountain's terrain is…

Virginia: The VA resorts are always in a snow shadow and just a tad warmer than other parts of the region with lower elevation, but even so they have 47 of 56 trails open (83.9%).  SOLID.

Tennessee: Ober Gatlinburg is having themselves a season as well.  They currently have 8 of 10 trails open (80%) and have consistently had that number.  I mention that because I feel like they more than any resort has faced the brunt of Mother Nature in recent seasons, so it’s good to see them having a great season.

As always, head on over to the SNOW REPORT page to get a full look at all the figures.

The Weather for the Week Ahead

Most of the webcams are showing foggy, dreary conditions out right now.  A rarity this season.  That’s going to continue today and some resorts might even see a mixed bag of precip later today and tonight as some freezing rain mixes in.  Yuck. 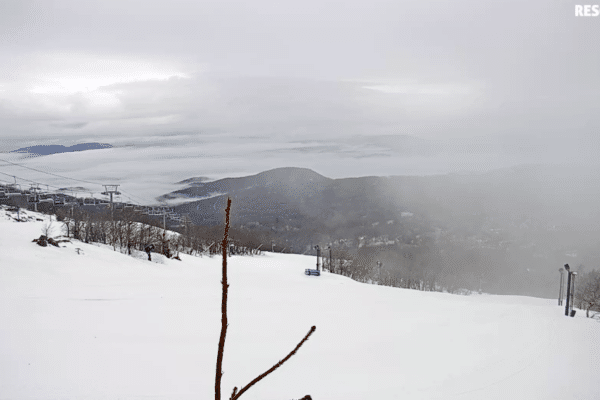 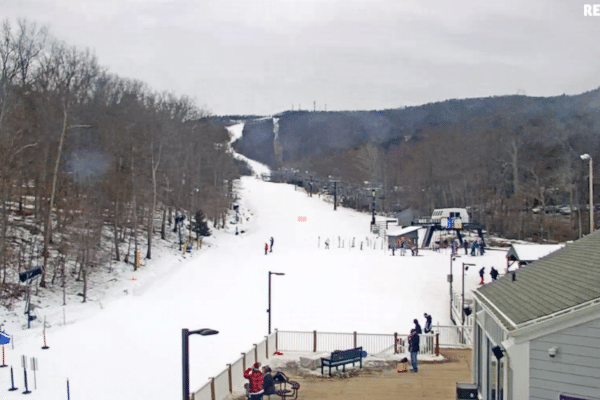 The mild temps will continue tomorrow.  It’s short lived though and as Ray Russell said on his discussion this morning, “The January thaw is a one-hit wonder this year” as colder air returns late Wednesday.  A one day January thaw…that’s got to be a record for us, right?

Once the colder air arrives Wednesday we’ll see some light snow for the NC mountains and light to moderate up in West Virginia. 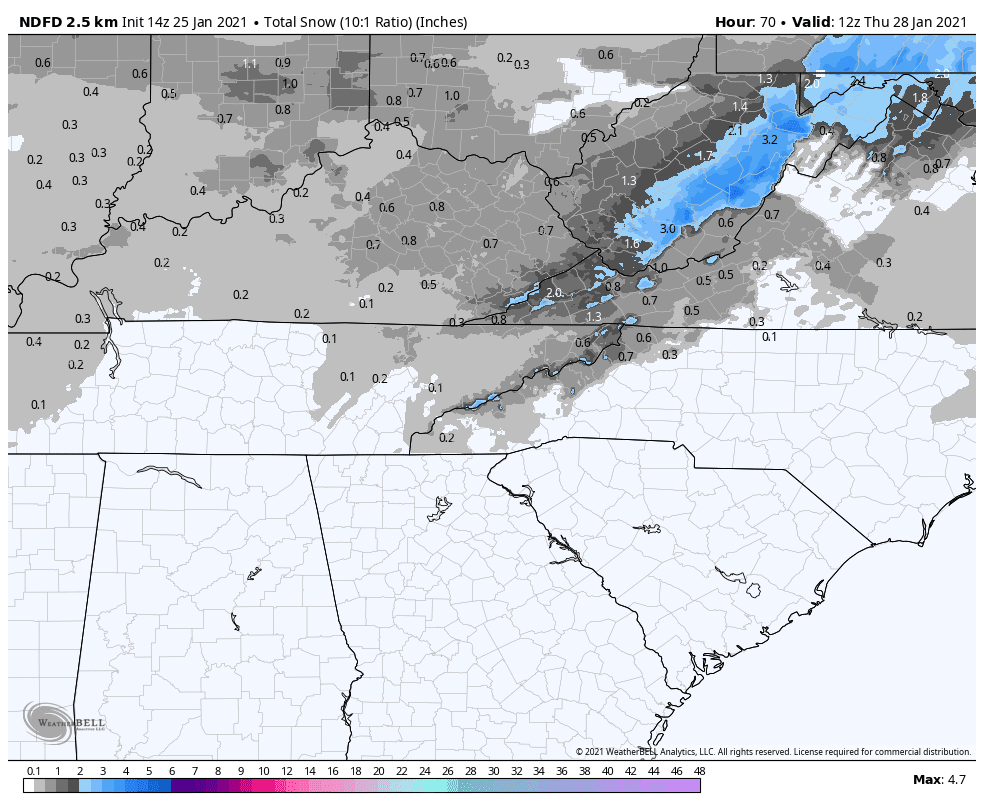 The NWS forecast for snow through Thursday morning.

Another system is in store for the weekend, with more chances of snow (and underdeveloped snow for some).  That’s still 5+ days away though, so we’ll focus on that later this week.  Until then, keep checking back in throughout the week as Matt will be back with you tomorrow.

Picture-Perfect Start To The Week