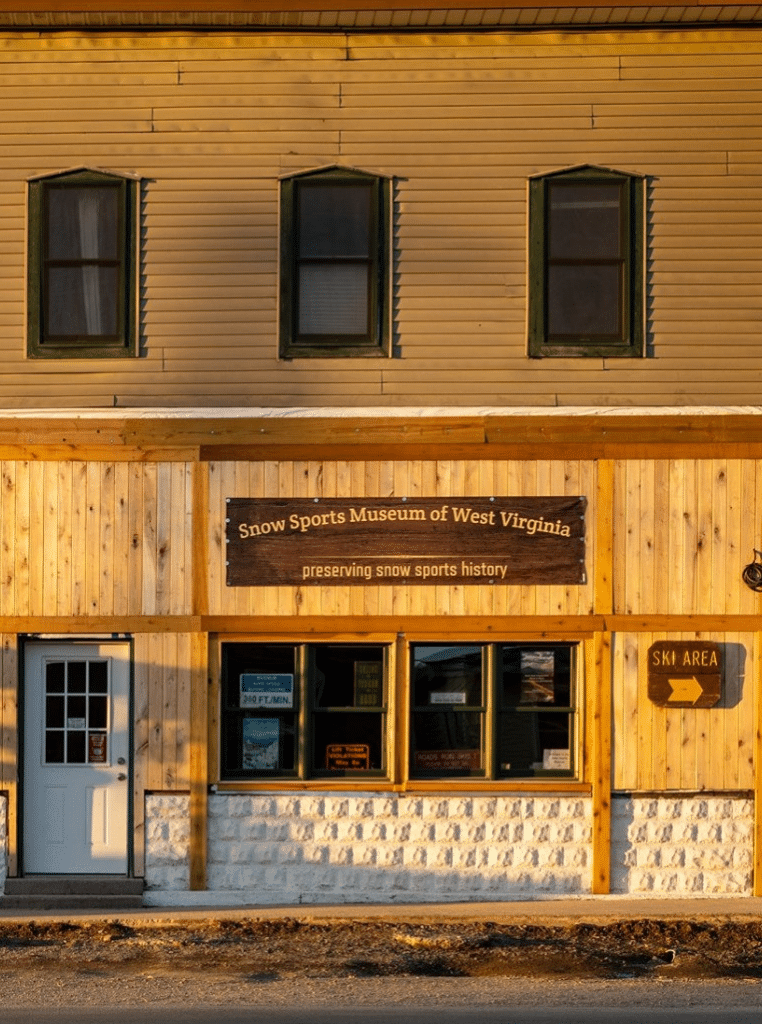 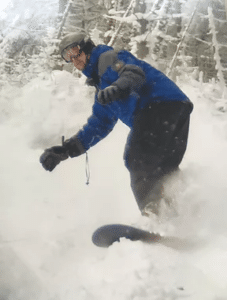 The West Virginia Snow Sports Museum was founded two years ago now and I am proud to say that myself and SkiSoutheast.com were one of (18) charter members. Their first Hall of Fame class (the Class of 2020) included such WV icons as Robert and Anita Barton, Dr. Thomas Brigham, Whitegrass’ Chip Chase, Snowshoe’s Ed Galford and others.

The 2021 Hall of Fame Inductees is a smaller class, but no less iconic as it includes David Faunce, Ed Filler, Phil Firl, James “Chief” Haas, Fred Soltow, Jr, Ed Worden and our own SkiSoutheast.com columnists (and friend), Joe Stevens.

You can catch up on the bios and achievements of the entire Class of 2021 here.

We have high regards for all of this year’s inductees, but today we will feature our buddy, Joe Stevens.

The WV Snow Sports Museum bio refers to Joe as:

Innovator and Leader in West Virginia Snow Sports.
Media Leader – Editor, Reporter, Author and a Creator in all media-related positions.

I would add something that I have shared with many industry leaders in the region.

If I were starting up or taking over a ski resort anywhere in the region, Joe Stevens would be the first person I’d hire.

Joe Stevens has been involved in the ski industry since 1985 when he took his first ski lesson at Massanutten Ski Resort in Virginia. Joe was a radio reporter/anchor for the Virginia News Network in Richmond. His newfound passion for skiing convinced him to produce the “Ski Today” radio show on the network, which promoted skiing in Virginia and West Virginia. 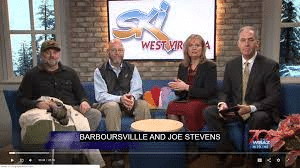 Joe was proud of the relationship he had with the Weather Channel. Their meteorologists would call him often, checking on the snow conditions at Snowshoe. He frequently hosted Weather Channel events at Snowshoe. These efforts presented Snowshoe as a viable ski option in the southeast, indirectly introducing the entire state ski industry, highlighting our big mountains and generous snowfalls. Joe understood how important it was to get the weather word out about West Virginia mountains.  As the Director of Sales at Snowshoe, Joe was passionate about promoting the West Virginia Ski industry to the nation.

Joe has been one of the driving forces in making the West Virginia Ski industry great. He is passionate about west Virginia Skiing. Joe presents the industry positively, in both good and bad times.

…and I would add that he’s done the same for the entire Southeast and mid-Atlantic region promoting and hosting Ski & Snowboard Media Weekends at Snowshoe Mountain and Wisp Resort in Maryland.

That is how I was introduced to Joe Stevens. I was early in my years of promoting SkiNC.com and he called me one day and we struck up a conversation that went much longer than either he or I probably planned to talk. At one point in the conversation he stated, “Mike if you ever want to sell me some advertising space on your website, I read it everyday and would love to support it.”

I said, “Why not?” …to which he responded, “You’re kidding. You’d let me advertise a West Virginia resort on your website?”

He then asked me what I was doing that weekend as Snowshoe Mountain and Joe were already hosting a media weekend mostly for traditional media outlets. He invited us at the last second and we attended that first one along with Jim Cantore & Paul Goodloe of THE WEATHER CHANNEL, Joe Murgo of WTAJ in Pennsylvania and dozens of others.

It was shortly after that when Ober Gatlinburg’s Kathy Doyle (and at the prompting of Joe Stevens) that we branched out to cover all of the ski resorts of the Southeast and mid-Atlantic. So as you can see, Joe was influential to me as well.

Congratulations to Joe Stevens. We’re proud of you dude and glad you’re a part of our team and someone who I call a friend.