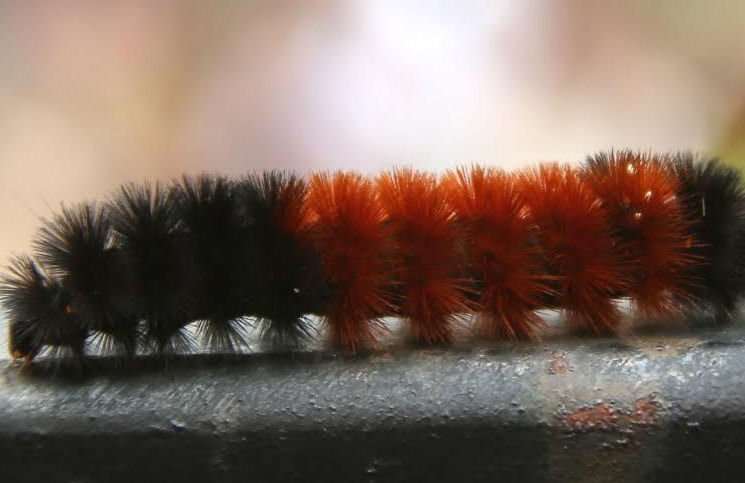 I’ll get to the more detailed version of what “Kwazimodo” the worm says about this winter’s forecast in a moment, but first…

It is hard for me to believe that we are now in the late stages of Autumn and that November is only one week away. I have been slightly AWOL of late juggling all that “life” tends to want to throw at each of us. This is not the venue to discuss personal issues, but suffice to say that if you’re an old, Bill Withers music fan, you’ll know what I mean by, “…it won’t be long ‘Til I’m gonna need somebody to lean on.”

Two weekends ago I was over at Sugar’s Oktoberfest and it was a rather breezy, damp weekend although it was STILL a lot of fun playing around over there. I was able to see a bunch of fellow, ski and snow loving friends while there. I also shot some video of the festivities and you can see that by clicking on the video below:

This PAST weekend (yes I am VERY late posting this), I was able to enjoy my first Saturday visit to the 37th Annual Woolly Worm Festival in Banner Elk. I’m usually attending a football game down in South Cackalacky. However, I decided to forego the shellacking of South Carolina over Furman, and stay at home for the weekend and attend the Woolly Worm Festival.

It was VERY well attended by HUMANS, but there were FAR fewer Woolly Worms than normal. In fact, there was SUCH a shortage of fuzzy critters to race that the festival organizers were begging for racers to donate their worms BACK to the festival if your “worm didn’t win”. (Sounds like an ED problem, doesn’t it?)

People were roaming the grounds looking to purchase worms and when you could find one, you had to pay $2 for the little loser (bear in mind that IF there were worms available, they’d probably already lost at least ONE RACE!) Then you’d race the darn thing and if you didn’t win, the organizers were asking nicely if you would donate it back to them by leaving the fuzzy, little critter in a box at the foot of the stage. I found it kind of funny that they would THEN hand those worms over to a kid who was then selling them to THE NEXT sucker (I mean racer) for another $2.00.

I doubt they raised much money with that little deal, but it was a great little way to raise some extra dough for the ’cause’, I’d say.

The food was awesomely delicious as always and the festival sights and sounds were super – as always. This IS truly a great day trip if you haven’t done it before…and even if you have for long time veterans of the area like myself.

I took the time to shoot some video, both at ground level AND from the skies with our cute, little Phantom drone camera. I really can’t wait to film the slopes, but for now, here’s that video as well.

Here’s the deets on what the winning worm forecasted for the winter:

Time to start pulling your woolly coats out of the closet.

The winner of the 37th Annual Woolly Worm Festival Saturday in Banner Elk is predicting a cold and snowy winter for the region.

Kwazimodo the woolly worm captured first place in Saturday’s races — and the honor of predicting the forecast for the coming winter.

Experts examined Kwazimodo’s 13 fuzzy brown and black band to determine the severity of the season. It is believed that the more intense the black is, the harsher the winter will be. Kwazimodo was coached by Vince Weyman, a ninth grade student from Graham, through a series of worm races Saturday.

Until next time my friends…email me if you like.

Photo by Jim Morton (thanks Jim)