Droning On About the Woolly Worm Festival 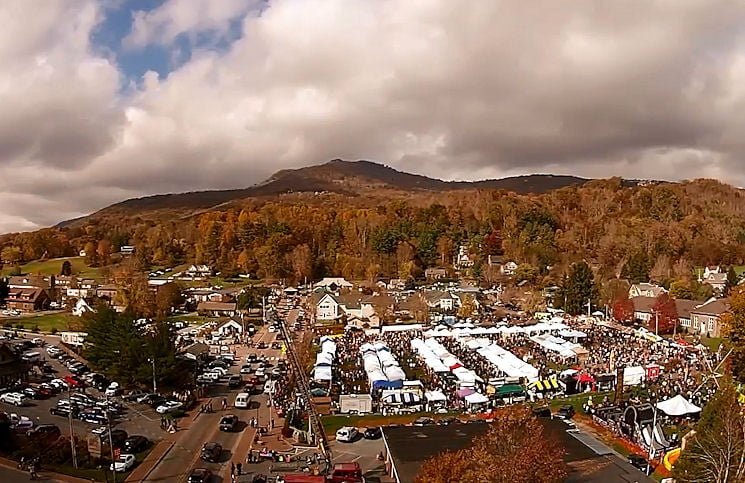 I took the time to shoot some aerial video of the crowds attending this year’s Woolly Worm Festival. Check it out, both at ground level AND from the skies with our cute, little Phantom drone camera. I really can’t wait to film the slopes, but for now, here’s that video as well.

Here’s the deets on what the winning worm forecasted for the winter:

Time to start pulling your woolly coats out of the closet.

The winner of the 37th Annual Woolly Worm Festival Saturday in Banner Elk is predicting a cold and snowy winter for the region.

Kwazimodo the woolly worm captured first place in Saturday’s races — and the honor of predicting the forecast for the coming winter.

Experts examined Kwazimodo’s 13 fuzzy brown and black band to determine the severity of the season. It is believed that the more intense the black is, the harsher the winter will be. Kwazimodo was coached by Vince Weyman, a ninth grade student from Graham, through a series of worm races Saturday.

Until next time my friends…email me if you like.

Photo by Jim Morton (thanks Jim)

Previous Post
Da Woolly Worm Says It’s Gonna Be Cold and Snowy this Winter!
Next Post
“A MAZE -ING” Aerial Video of a Corn Maze – Autumn Fun in the Mountains