It’s The Most Wonderful Time of the Year… 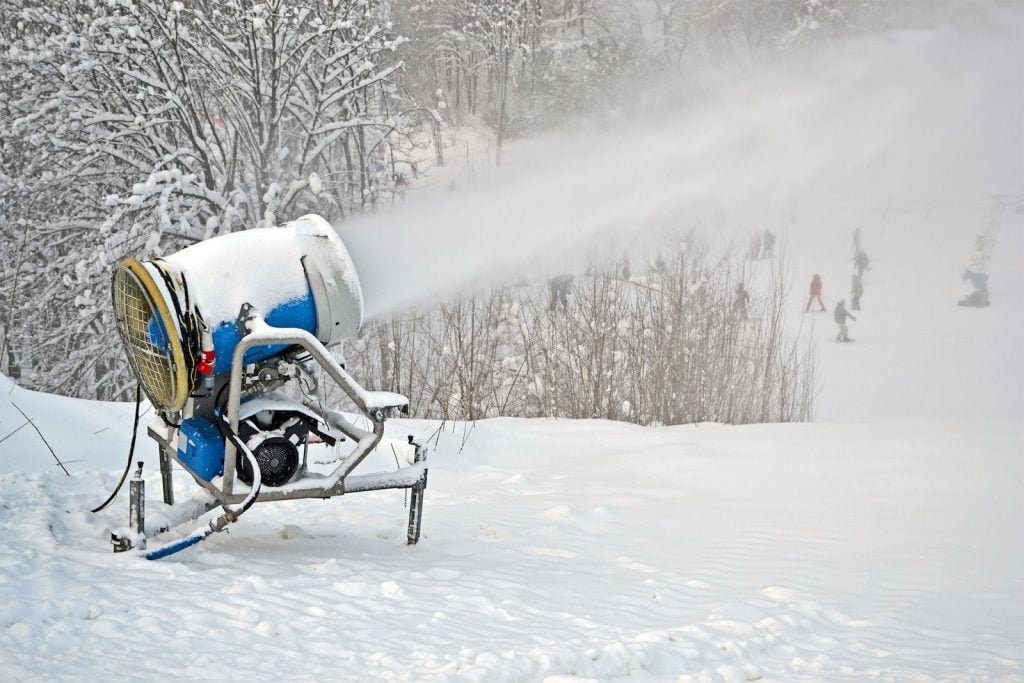 …and with that last check on the list come those people who begin emailing me asking me about or speculating that Sugar Mountain Resort and Cataloochee Ski Area might crank up the snowguns and open soon.

I can tell you that it isn’t JUST the fans who are getting excited and a bit more than giddy with this late October cold blast. I was speaking to a close friend last night who just happens to be in the “inner circle” of one of our area’s ski resorts and of course he was grinning from ear to ear about the temperatures last night as they were already dipping into the low 40s at 8pm. I mentioned that it won’t be long before we see Sugar and Cat cranking up the snowguns and getting open soon. He said, “M-a-y-b-e Monday,” and then he remembered who he was sharing that news with and added, “I’m not saying we will or we won’t…”

Too late. His enthusiasm had already committed the fatal mistake of “letting the cat out of the bag”. However, to be honest, I spent a couple of hours yesterday looking at the weather forecasts for each ski community and saw that projections and freeze warnings. Last night, Brad Panovich was doing his Chief Meteorologist thing with WCNC News Channel 36 and he was talking about the big dive in temperatures and some light snow flurries that he thought might happen last night, tonight and then again on Sunday.

Like many of our readers who have already taken to emailing me – I began to speculate that Sugar and Cat just might pull the trigger, make snow and open within a short 24-48 hour window – possibly as early as Sunday or Monday.

However, even after hearing my friend of a “frenemy” exclaim his thoughts last night – I’m not seeing any Sunday-Monday opening at this time.

Gunther Jochl of Sugar Mountain and Chris Bates of Cataloochee are two snow-loving guys and they will always be the first to open each and every season. They both have the same intel and they read the weather patterns and data with acumen of the most seasoned meteorologists on the planet. With that in mind, unless they are seeing something that I am not – I don’t think we’ll see a ski area opening with this short-lived cold snap.

I think we probably WILL see some snowguns blasting for a short test of the season. We might even see Snowshoe make some snow, even though it would definitely be a bit early for them.

Not QUITE Ready for Primetime…(maybe. maybe not.)

As I was looking at the long-range forecast for Sugar Mountain and Cataloochee I’m just not quite seeing these guys doing their snowmaking magic just yet, despite what I heard last night.

Yes – there are freeze warning for the next couple of nights and the temperatures at those two locations COULD allow for some snowmaking. However, I am seeing 65° for a high temp on Friday at Cataloochee and lots of sun at both Maggie Valley and Sugar Mountain. Then there are some significant showers in the forecast for all day Saturday and Saturday night across most of Western North Carolina. Those could easily wash away any early snowmaking attempts.

Then there’s the forecast of 25-28° lows for both locations on Sunday and Monday nights and that would suggest a p-o-s-s-i-b-i-l-i-t-y of a quick snowmaking window and even a chance for opening Tuesday or Wednesday. That would NOT be unprecedented as both Sugar and Cataloochee HAVE been open for Halloween in the past. They COULD do it just to say they did it. I used to think that opening that early was just a “marketing move” for those two ski areas as they kind of serve as the unofficial “ring bearer” for all of the ski resorts of the Southeast and mid-Atlantic to send the opening season message to their industry brothers and sisters across the entire United States. However, I’ve kind of just come to think that they open simply because they want to. The truth is I don’t think there’s much of a marketing value to doing that anymore. It’s kind of expected. I just think that Gunther and Chris want to open pretty much as soon as and anytime they can. End of story.

Will they blast away at that short window of snowmaking opportunity Sunday night and Monday night? Could they open Tuesday or Wednesday? Stay tuned as we get closer to the weekend and maybe the weather will dictate the answers.

I do think if they are able to make snow and open, that it will be only for a day or so as the temperatures are meant to “mild up” again into next week. However, it’s like the daughter of my industry friend of a frenemy said last night, “It isn’t about STAYING OPEN. It’s about offering people a chance to ski and ride, if only for a day or two.”

…Yea. What she said.

Here’s a reminder of just how fast our resorts can go from ZERO to skiing and snowboarding within 24 hours. This was a snowmaking timelapse that Kenny Griffin captured last year from Wisp Resort. You’ll have to stop the video at the end to see just how pristine the conditions were after just 12 hours or so of snowmaking.

I received an email last evening from our buddy Brad Panovich and he is currently putting his 2017-2018 Winter Forecast video together for the entire region and we’ll share that with you later in the week or weekend.

Email me anything that’s on your mind. [email protected]