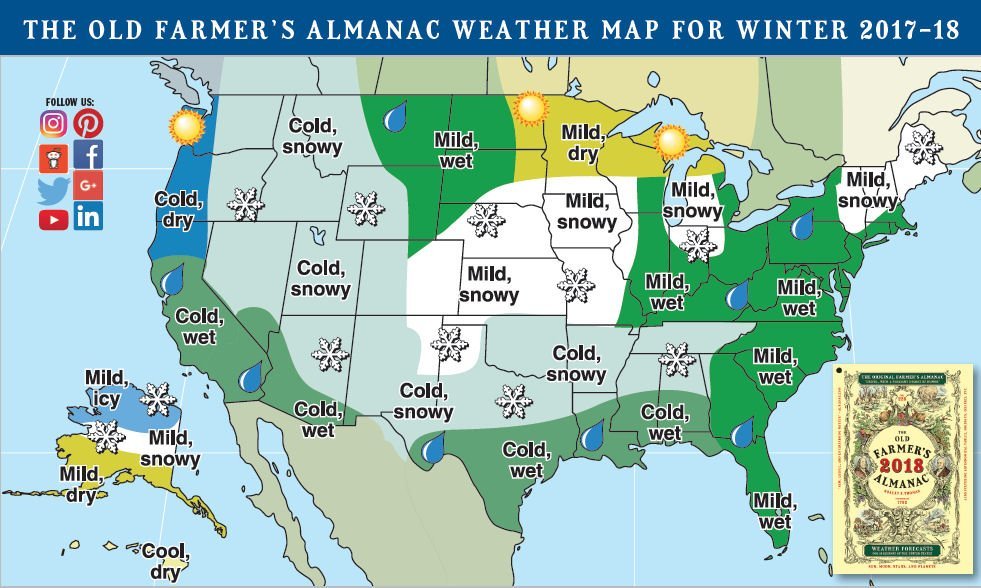 I want to go ahead and share that we’ll leave the more scientific approach of weather forecasting for the upcoming winter to pros like our own Meteorologist Brad Panovich. We hope to update you with Brad’s input asap.

In the interim, I thought about the fact that I have watching winter weather trends with the best of them (for more than two decades now) and although I don’t count myself as even a novice, weather guru – I am probably emailed and asked about “what I think the weather will be like” more than anyone else within the ski industry as it applies to the Southeast and mid-Atlantic.

In just the last two weeks I have received multiple emails inquiring about what the weather will be like for the traditional Thanksgiving Weekend “opening date” for ski and snowboarding season. I have been asked whether or not it will be snowing Christmas week to New Years. (No, I am not kidding.)

I’m not Nostradamus and nor do I have any special talent for reading acorn husks or counting the stripes on the scurrying chipmunks (no that really isn’t a thing). However, between the Old Farmer’s Almanac, the Wooly Worm, and other area weather people who aren’t really weather people either – I get enough intel to come up with a relatively reliable forecast for the upcoming winter, ski and snowboarding season.

After all, unlike some snow birds around here who run ski mountains, I can see six inches of snow on the ground and call it six inches. So if I can peruse all of the data and intel that comes my way, then I should be counted upon as reliable as anything else out there…with the lone exception of Brad Panovich who really has been one of the most accurate weather peeps in the region.

David Lesher of Canaan Weather does the best job in the region in terms of reporting SNOW and temps after the fact but he only provides that data for Canaan Valley and Timberline. (Man I wish we had someone like him at every mountain.)

Ray Russell does the best job of any independent, local forecaster in terms of what to expect a few days out each season. High Country residents have long depended on Ray’s Weather for great input. I hear from different weather pros (other than Brad) from time to time. Mike Stinneford, WTOP Meteorologist in Washington, DC has been a long time follower/reader and he emails from time to time. Our own Joe Stevens has his “crop” of meteorologists that he’s connected with and they provide their intel every pre-season.

Via ResortCams.com we have more than 100+ meteorologists who use our content and I’m thankful to count many of them as friends these days and a few of them email me one-liners (predictions) from time to time.

However, almost every single one of those guys “got it WAY wrong last season”. Most weather peeps were forecasting SLIGHTLY less than normal – to normal snowfall for the season and in some areas they missed the mark by TWO-TO-THREE FEET of snowfall. Most were forecasting 70-75″ at Sugar and Beech and they only saw 47″ this past season. Multiple forecasters posted that Snowshoe Mountain would see 160-185 inches on the season and their final tally was 100″.

So HERE WE GO….Winter Forecast Summary:

Winter will be slightly warmer than normal – perhaps 1-2° overall across our entire coverage area from Wisp Resort in Maryland to Sapphire Valley in Southwest North Carolina. That’s okay, because our ski areas can make snow better than any region in the entire WORLD, because we have to be able to! Heck, some of our mountain snowmaking crews can make snow when it is 36 degrees out. (I’m not kidding.)

I think we will see some wild temperature and moisture swings – more so than normal – and that could really spell some massive snowfall totals. See the massive rain event of October 23rd and picture 25° temperatures. So outside of some freakish snow events that COULD HAPPEN, I’m going to say that based on all of the intel that I’ve seen so far, I think this will be ANOTHER below average snowfall season. However, a slightly below normal snowfall season could mean that areas like Canaan Valley that normally sees 180″ might see something closer to 170″ or so. Add in one or two freakish events and we could be talking about 200″ snowfall tallies.

Let’s face it, there isn’t a weather guru out there than can account for those freakish snow events. Minus those – WHICH I DO THINK WE WILL SEE – I’m going with these numbers. (Numbers in parentheses are normal.)

Sapphire Valley – 14″ (30″) These guys have only seen ONE year in the last twelve years when they’ve hit their supposed average of 30″ of snow. I’m thinking their average is more like 16″…at least since we’ve been monitoring things.

Massanutten Resort – 40″ – (35″) I’m actually thinking they will see more than normal as they’ve topped 40″ in FOUR of the last EIGHT seasons.

Wintergreen Resort – 42″ – (34″) Don’t ask me WHY but this is another mountain town that can see some wild and woolly storms. They have topped their 34″ average in FIVE of the last EIGHT seasons and I think they will again this year. Add in a freak storm and Wintergreen could be celebrating.

With the patterns we’re seeing, I think they will see another slightly sub-par winter in terms of snow totals. However, they’ll still see more than all of the rest of the region…so don’t feel bad for them. With that and superior snowmaking systems…expect a great winter in the “By God state of WV”.

Snowshoe Mountain – 171″ – (180″) Snowshoe is another WV ski area that has only hit the 180″ average in FOUR of the last TWELVE seasons. In that time, they have actually averaged 154.8″ of snowfall. Part of me really thinks that I should forecast 155″ of snow, but they will get a few bigger than usual storms, so I’ll stay with 171″.

Winterplace Resort – 156.6″ – (150″) Here’s an interesting tidbit for those of you who want to have a winter-related bar bet. What is THE ONLY ski resort in the Southeast or mid-Atlantic to have seen an average of MORE THAN THEIR NORMAL REPORTED SNOWFALL in every year for the last thirteen years? That’s right, Winterplace. They self-report that they see 150″ of snow each winter and yet they have seen a whopping 2,035.9″ of snow in the last 13 seasons, for an average of 156.6″ of snow. Hence, I’m going with that.

Ober Gatlinburg – 27″ – (35″) Man, I WANT to forecast more for my Smoky Mountain friends, but they’ve only seen their 35″ average snow in TWO of the last TWELVE years. The intel I’m getting doesn’t give me confidence to think they will get to that this season. We could hope that Mt. LeConte doesn’t wring out all of the snow from approaching storms and maybe they could get to the 45″ snows like back in 2010-2011.

Wisp Resort – 125″ – (135.5″) Wisp Resort COULD be “the other” ski area that has actually exceeded their reported average of 100″ per winter. However, I REALLY don’t know where they got that promotional data from because since we’ve been monitoring them, they have averaged 125.5″ each winter. If you want to go with their 100″ “less-than-promotional number” then they have exceed that average in NINE of then last THIRTEEN YEARS.

As warm at it has been so far this past summer and now autumn, I could see a scenario where the ski and snowboarding season doesn’t crank up until Thanksgiving weekend and maybe later. Obviously, Cataloochee and Sugar can and will crank up their snowguns with only a 24 hour window to make snow and open. Ditto that for Wisp Resort which has done that very thing twice in recent years.

The coldest periods for the upcoming winter might be in mid-to-late December, which would suit the ski resorts and their hopeful visitors just fine. Look for some snow in late November to get everyone excited. Probs will see 2-3 ski areas open early. January looks to be the snowiest month. (It usually is, although February and March can certainly provide some deep snows.)

With all the intel projecting slightly milder than normal temps and wet conditions, we think that snowmaking will be at its usual premium. There are no better snowmaking teams anywhere in the world (as previously stated). Expect groomed corduroy for most of the winter. With the projected volatility expect the usual January-February thaw and MAYBE even a monsoonal rain that might wash out the slopes once or twice.

Note that on the map above, the Almanac has Tennessee draped in cold and snowy…so maybe Gatlinburg can lead the way this season. Hey! It could happen!

All the more reason to visit SkiSoutheast.com and ResortCams.com daily – or at least early and often. You simply won’t find a better advocate for our ski areas, nor a better resource for YOU, our readers.