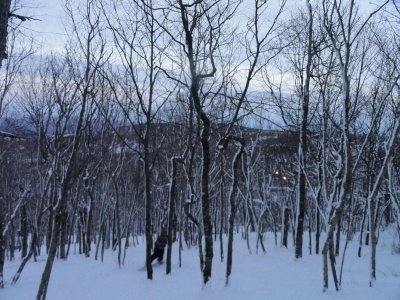 Well, it appears as if winter is having one last hoorah today. As I'm typing this, snow is starting to show up on radar in the Boone area. I'm pretty sure none of it is hitting the ground yet as it's too dry, but it should start to fall shortly (EDIT: Starting to see several sleet reports). The general consensus is that 1-3” is going to fall from now through the afternoon. Will winter ever end???? Yes, it actually will beginning this weekend.

It should be an interesting afternoon up there and I know I'll be paying close attention to the cams all day. It's a shame that there is still so much snow at Sugar and Beech and yet they aren't open. In fact, the only remaining ski area open in the entire region is now Snowshoe. The Homestead and Winterplace closed for the season yesterday. I'm somewhat surprised Winterplace decided to call it quits as there is still plenty of snow up there and they actually closed at 100%. That said, I hardly saw any skier traffic on the webcam over the last few days so I'm guessing that and the fact that it's going to rain today and tomorrow up made the decision easy. Kudos to both for staying open into the month of April.

As I said, Snowshoe is the only remaining resort open in the region, save for Wintergreen on Saturday. Ed Schneider posted a recap video the other day about the season that the Shoe has had. It's awesome. That guy always makes some sweet videos. I really think these videos have significantly lent to the huge turnouts this year up there.

As I mentioned, Wintergreen's final day of the season is this Saturday. The cam still looks so enticing this morning. There's still a lot of snow on the slopes and I haven't made up my mind yet about this weekend. I have never been before, so that is making me want to check it out even more. 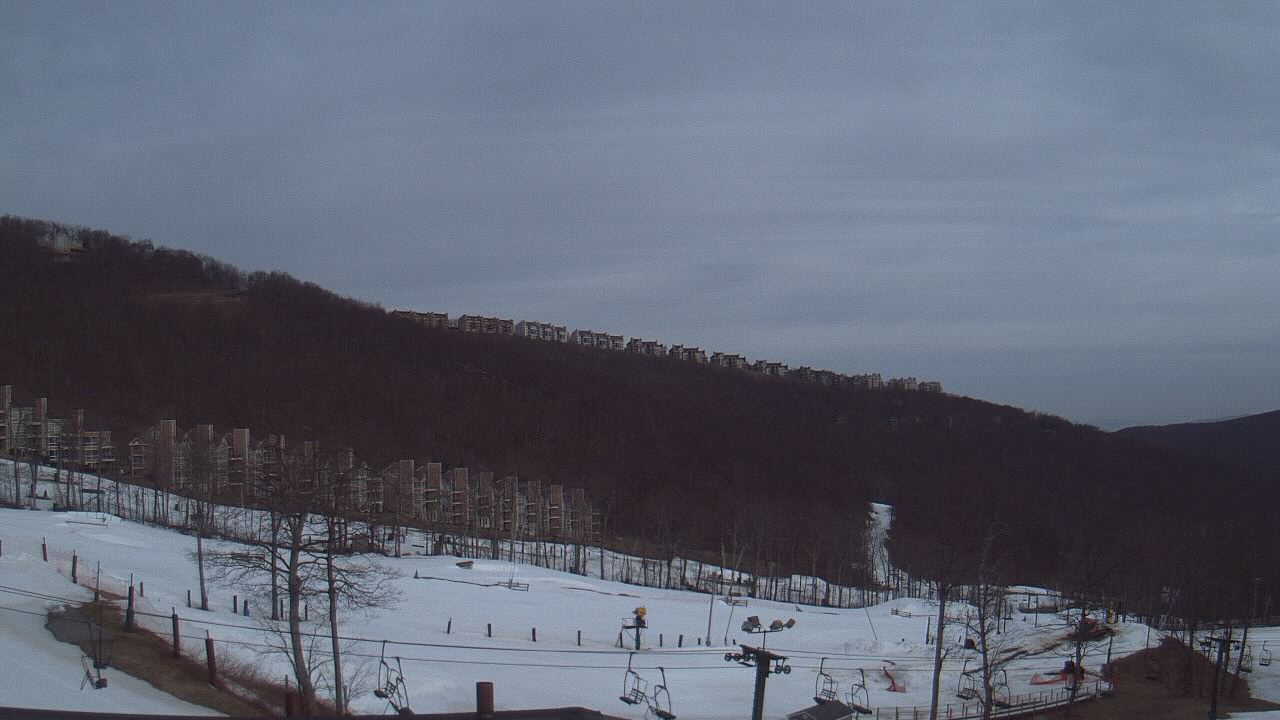 So, with there not being a lot to talk about today, I figured I'd go over some of my best moments of the season. It's been a GREAT one for me, probably even my best one ever in terms of conditions and terrain ridden. I got so lucky this year it's unbelievable.

Obviously, I have to start with Superstorm Sandy. That was an epic event. It wasn't the biggest snow ever, but it happened in October which is what made it so epic. It happened during the 1st or 2nd week I was back in the mountains, which made my return up there so sweet! A foot of snow at Sugar made for a fun opening day on Halloween.

After that, conditions were alright for a couple months. I had an interesting tequila night at Sugar, but other than that I was mainly just cruising the groomers. Things turned around after Christmas though.  Mid-January saw a quick hitting storm dump a foot of snow at Beech one day, making for a ridiculously fun night session. The full trip report is HERE. The animated GIF below is of GrizzlyEnton going to the white room.

Then, Utah happened. I know it doesn't have anything to do with the Southeast, but I have to mention it because it was epic. Check out the full trip report by CLICKING HERE. The video below is a mix of clips from the best day EVER. Everyone should experience a day with chest deep snow at least once in their life.

When I got back, conditions here were fantastic. Lots of fun was had at Beech. The coolest thing I'd ever seen them do was shape the tree gap in between Lightning and Southern. That thing was FUN! Anyways, the beginning of March brought about the Snowshoe Summit, or the unofficial one I should say. I'd only been to Snowshoe when it was raining, so the fact that it snowed the entire time we were there made for a hell of a trip! A few trip reports from the excursion are below, as well as a couple video clips.

The fun continued as soon as I got back from Snowshoe. For several days I was able to ride the trees at Beech, which doesn't happen terribly often.

That span of 5 or so days was probably the best I've ever had in the Southeast. Five days in a row of great snow and the ability to dip into the trees. So awesome!

The next few weeks were pretty fun but I figured most of the pow was over. Fortunately, last week's storm allowed for another few nights of fun at Sugar.

I started the season out with pow, and ended it with pow. You can't get much better than that. It truly was a great season for me and for the Southeast resorts. I hope all of you had a good one too. If you can, get some final turns in this weekend at Snowshoe or Wintergreen. After Sunday, it'll be 7-8 months before you can do so again. I'm pretty sure this is my final First Trax of the season, so I guess I'm signing off here. Everyone enjoy their offseason!