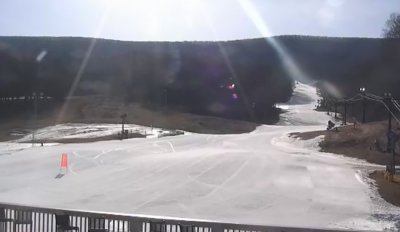 It's amusing to think back to one year ago and wonder what we were doing. I can tell you what I wasn't doing – writing a ski article or promoting the slopes. Last year, there was no such thing as spring skiing or days on the snow in April. March 2012 saw to it that the resorts packed it in early. Thankfully, March 2013 did the opposite, making it next to impossible for the resorts to turn their backs on the awesome winter weather and close. Here we are, April 3, 2013, and I'm encouraging you to hit up the Homestead, Snowshoe, Winterplace, and Wintergreen, at least one more time! 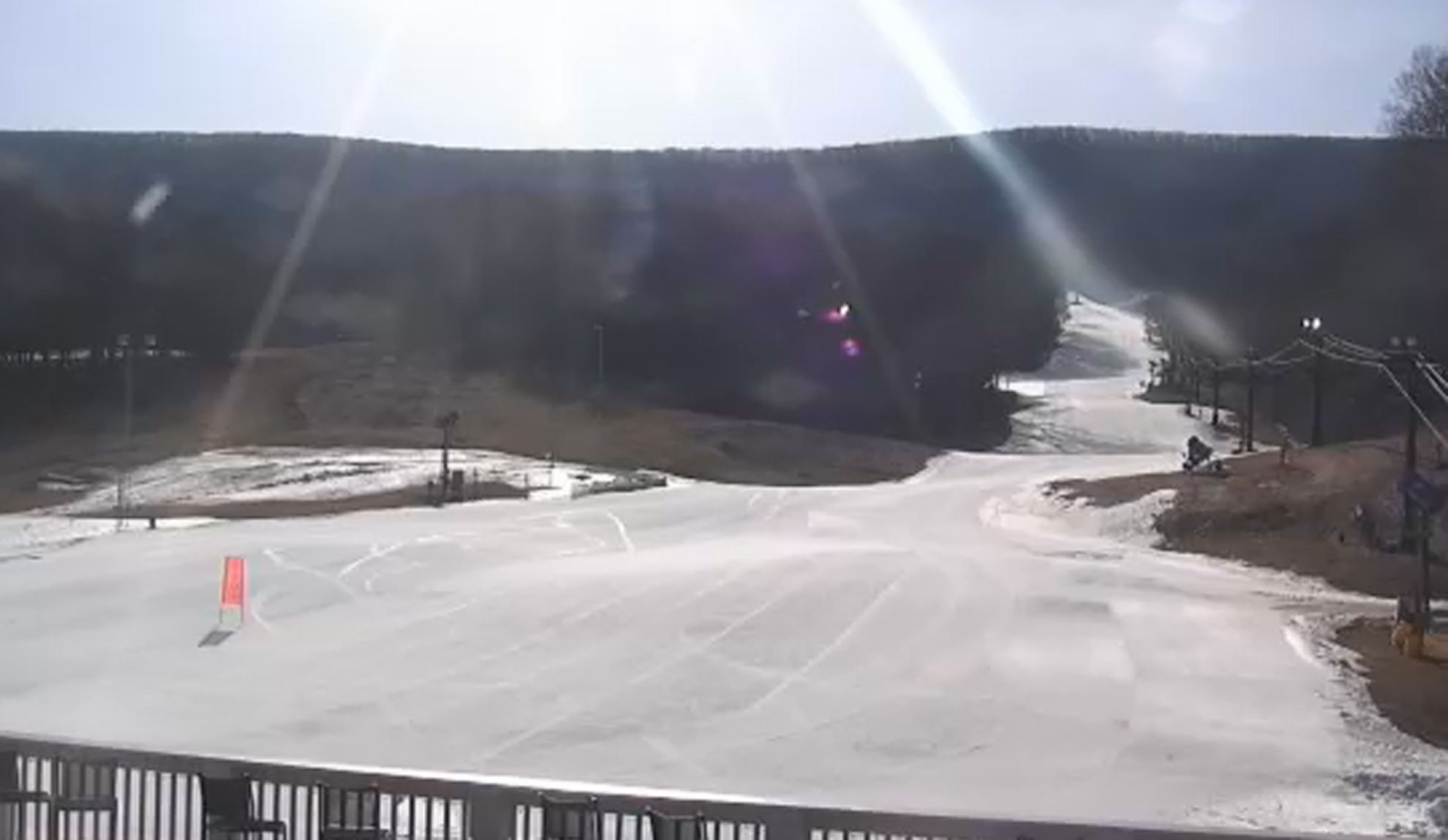 Today is the very last day of skiing/snowboarding for the season at the Homestead. They have five open trails, both running lifts, a base of 18 to 32 inches, a mostly sunny skies. Looks so nice >>

It could also be the final day of the season for Winterplace… I'm still waiting for their announcement that they're extending the season even longer, through this weekend, but nothing has changed as of yet. Their site still reads "We Are Extending The Season To Wednesday, April 3, 2013 and maybe longer!" No matter the case, it's going to be a beautiful day there, as well. All 27 trails are open with three running lifts and a base of 36 to 60 inches.

The third and final place to enjoy some winter fun today is Snowshoe.

A bluebird day with great spring conditions in store for those here on the mountain today! It's been an amazing season with 187 inches of snow including FIVE feet in March! And you still have more time to enjoy it. Join us as we soak up the last moments of this epic season. You have until this Sunday, April 7, to do so. Snowshoe's sporting a base of 36 to 56 inches, 34 open trails, and five operating lifts.

Last but not least is Wintergreen, who's anxiously awaiting and preparing for their final day. "One more day to ski and ride. Make history with us on our latest open day ever, Saturday, April 6."  They just posted on Facebook, Not only do we plan to have at least 80% of our terrain open this Saturday (including Terrain Parks!), we're also going to offer two sessions of Tubing at The Plunge, at 10am and 12pm. Tickets are already available online, so grab 'em quick!

What's it going to be, guys? You have three entire seasons to enjoy warmer weather activities. Only one season brings snow.

Previous Post
The Season is Winding Down, Down, Down
Next Post
Winter’s Last Gasp, theKENDOG Recaps His Season