The snow is here (right now) and dumped (is dumping) a nice fresh layer of snow on a few lucky resorts as I type.  Let’s get straight to the numbers. 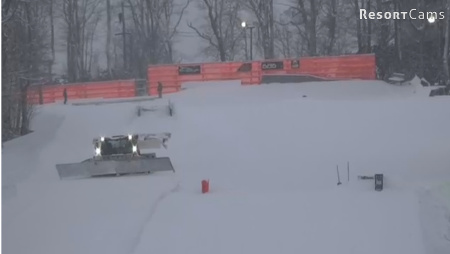 The schools in the North Carolina High Country are closed today due to the weather – a good ole fashioned SNOW DAY!  You know, I think it’s better to take the days now and pay it back from the summer break.  After all, isn’t this one of the reasons you live in or near a mountain town?

This storm is named Ulysses.  Ulysses S. Grant of course was the 18th President of the United States, and the Union general who took Lee’s surrender at Appomattox Court House in April of 1865.  There are still those who reflect back on the Civil War as the war of northern aggression.  I know it has taken me a while to get here, but is this the storm of northern aggression?  If so, you’ll get no fight from us this time.

Little fun fact – did you know that Lee and Grant ended the war with a handshake?  There was no peace treaty, as doing so by the United States would have resulted in the US acknowledging the South as a separate entity, something Lincoln was not willing to do.

Regardless of the origin of the name, the National Weather Service named the storms a while ago and we still have a few more names to go through. 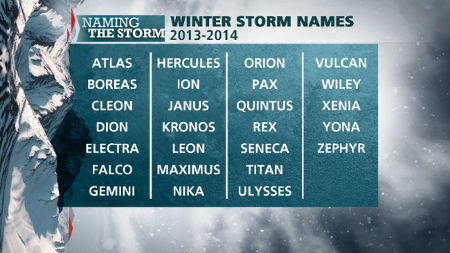 If you are going to try to make it up the mountain today (I am) be careful as the roads are a bit gnarly.  I know not many of us make this trip nowadays, but here’s the view of the road heading up to Hawksnest. 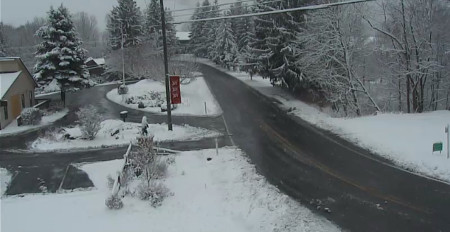 Not too terrible, but I guarantee that there is ice on that there road.

Up at Beech Mountain it’s a bit of a different story, as it usually is.  Beech is pretty buried right now. 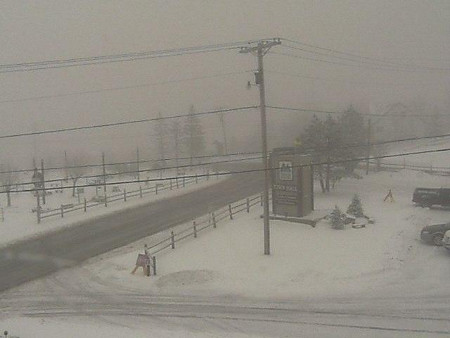 There are lots of messages coming from the slopes this morning.  They all want us to know that they either received a good helping of snow overnight or that is it currently snowing.  Be sure to follow our twitter feed as we’ll try to aggregate those messages for you in one place.

If you are heading out today, be careful.  It’s one of those days where getting up to the resort is half the adventure.  For the most part, down here in North Carolina, we can expect cloudy/wintery skies to stay throughout the day.  It’s a different story with our northern neighbors however, as Wisp is sunny right now with partly cloudy skies expected later today.  You can expect a similar story at the West Virginia resorts – partly cloudy this afternoon with the high at Snowshoe expected to be 46.