When the Passion is Lit

Hello skiers and riders of the Southeast and welcome to some of the best times during the season!

Consentient cold temps and solid snow packs have this region humming with the sounds of skis and boards gliding. Just like clockwork though we have already put all the major holidays in the rearview mirror and are moving onto the final home stretch. Soon enough our last runs will occur, and it will unfortunately be time to put the gear away for offseason hibernation.

Perhaps the exceptional stretch of cold weather has played a part in why that clock seem to be moving quicker than normal.

The upside to all of this is that we are in a fantastic time slot on the calendar where daylight lingers a little bit longer, and yet the temperatures have kept things cool. Simply put, this is the time to take advantage of the opportunity. 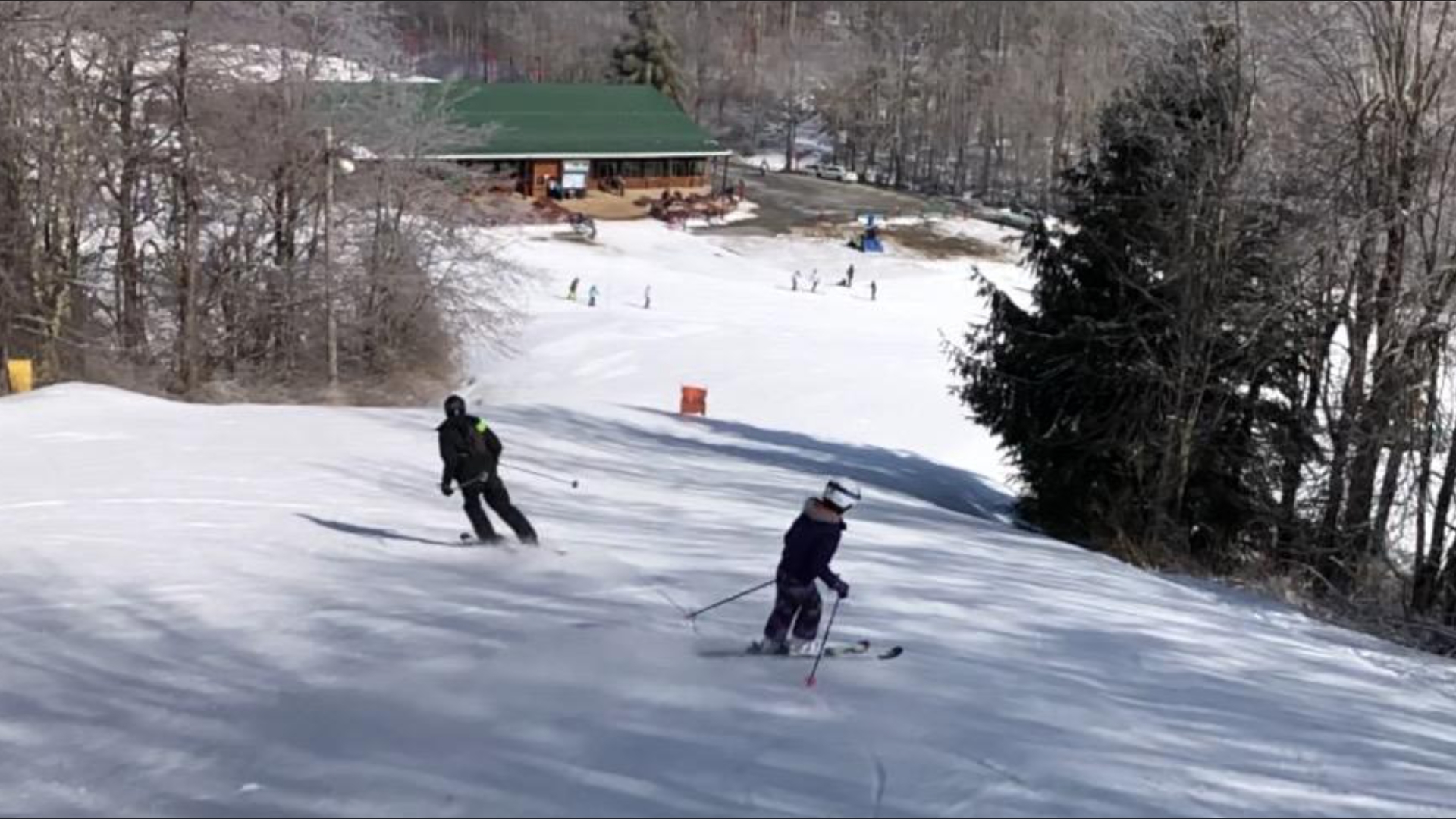 I was fortunate enough to do so while coordinating a ski day with a loyal reader and his daughter, Andrew and Nora Diamond, for a welcomed adventure to Winterplace.

Andrew told me that he has never met any of the SSE crew, but he feels as though he knows most of them pretty well simply because he reads the articles frequently. This was the first time I have met either of them in person and we decided to do this with Covid-19 in mind by taking necessary precautions such as riding in separate vehicles, meeting outdoors, and wearing masks the entire time.

Hopefully you have done the same when presented with similar situations.

It should be noted that one of the lift attendants displayed some solid public speaking skills by addressing the entire lift line with a simple message that everyone needs to wear their mask properly by covering their mouth AND nose. He said that any observed violations could be enough cause for the state officials to shut them down.

Please do your part and wear one properly so this season can continue.

Anyways, it was a great pleasure to meet other enthusiasts of the sport and to share some turns with them. Andrew embodies what it means to be an avid skier or rider, because the passionate ski flame burns bright within him.

What is unique about his journey though is that he got a relatively late start in life, mid to late 40’s, before really making this a lifestyle choice. Regardless of age though he doing it now, and doing it with his favorite ski partner by his side.

He told me that prior to his daughter’s birth he had only skied a small number of times, and one of those was a harrowing adventure at Ober Gatlinburg with a notorious trek down the Mogul Ridge run.

That was twenty-four years ago, but within the past month he and Nora went back there, and he easily overcame that run with skill and precision. That has got to be such a rewarding feeling of accomplishment.

He first got her on a pair of skis at the age of five, but she is a middle schooler now that proudly shows all that their commitments to this passion has paid off.

While he is capable of going down any trail and remaining upright, he has also coached her so well that she just simply flies down the runs with speed, control, swagger, and ample amounts of energy. I often wonder if only there was a way to harness the energy of youth. I know caffeine tries its best, but it falls a long distance short of that threshold.

We lucked out this day as Winterplace had both the upper and lower portions of the resort open, which was not the case a few days prior due to recent ice issues that shut down the upper mountain lifts earlier in the week.

As Joe Stephens pointed out previously, several counties in West Virginia dealt with power outage blackouts, but fortunately it was not at the volume of what happened in Texas. 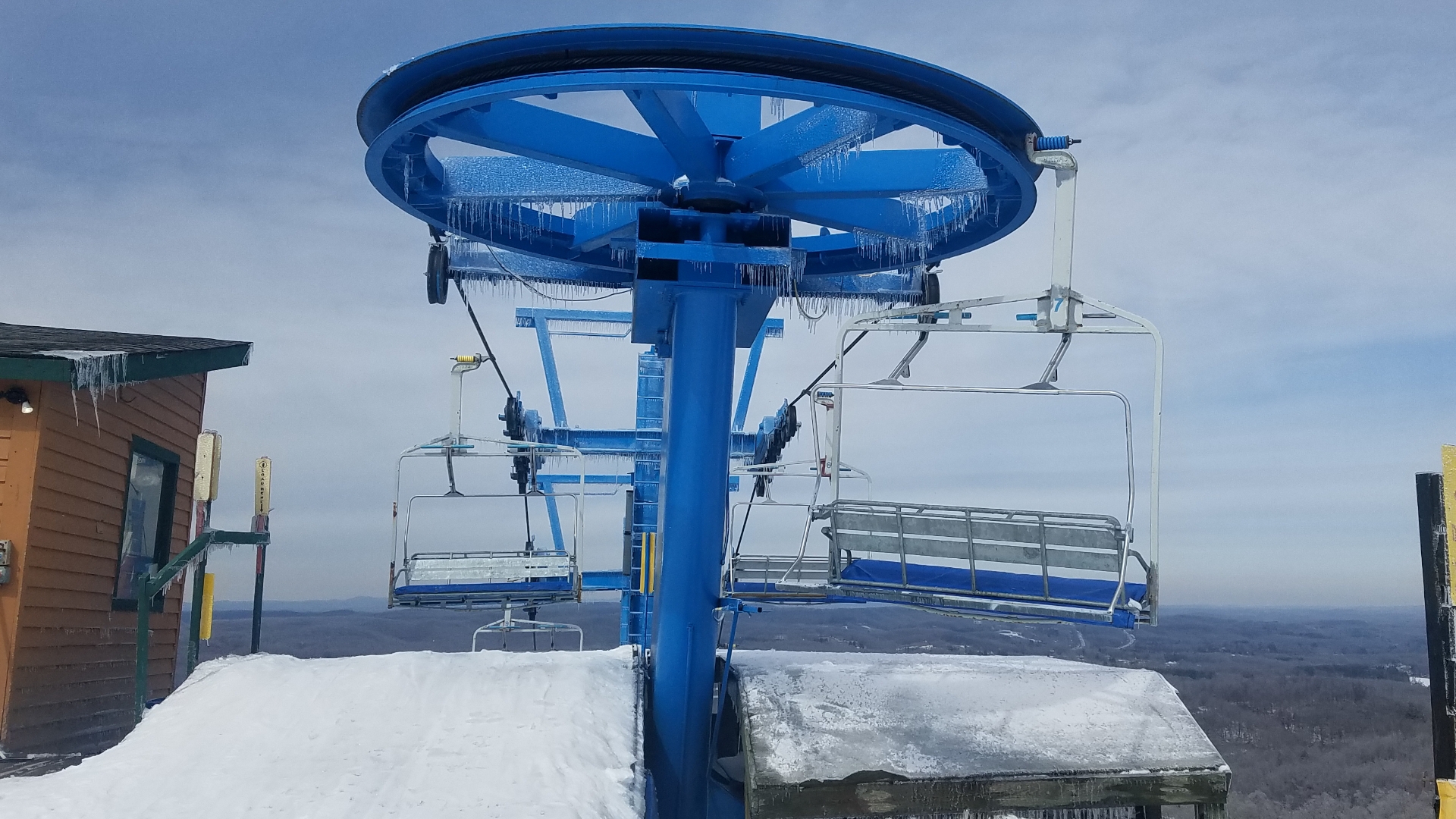 Nonetheless, we were greeted by a resort that was wide open and blanketed with ample amounts of snow.

For this father and daughter duo it was also their maiden voyage to Winterplace, and they had a goal to ski every open trail they could.  I for one was happy to oblige and willing to guide them around to prominent spots. Perhaps you have been in similar boots and had a good time with it.

With the lifts spinning we started exploring.

Some of the top choices on the bottom half were the Rendezvous and Cascade runs which has a variety of pitch to master and some side hits for those who want to get separation from the ground. The wait lines to get on chair lifts #4 and #2 were small and even non-existent at times.

In my years of skiing, I have learned that sometimes crowds will migrate together as one unit, and by choosing to explore around you could get further away from the moving beehive and into shorter lift lines.

The upper half of the mountain only had the #3 lift spinning which led to a wait line of no more than five minutes, but it also led to a fair amount of their well-known trails suited for intermediates and experts.

This lift also was a great place for these two to carry on a classic tradition of “Rock paper scissor” as we made our way up.

For those of you wanting to keep score they tied the first few rounds, Andrew then got the upper hand with a few wins, but Nora buried him late with an avalanche of victories.

This was neat to see and it obviously continues to be a special bonding experience for them.

The only runs not open in this section of Winterplace were Turkey Chute and Wood’s Run, but that did not deter people from making multiple laps down Plunge, Look At Me, Sun Bowl, Drop Off, and Nora’s favorite Nose Dive.

Words can only say so much, but please feel free to look and listen to this clip that shows how much fun this steep run can truly be.

I acknowledge that I am highlighting Andrew and Nora often while writing this, but what has been said is something that fits the mold for a lot of you as well.

It is no secret that skiing and riding is a great way to spend quality time with family and friends. It also is a thrilling experience that fuels the passionate ski flame repeatedly, and that flame is a torch that can be passed along from one generation to the next.

Maybe you know someone that is looking for a spark, and if so please inform them that the rewards are waiting.

There is a saying that applies to any situation in which goals are set, and that message is if you want something you never have had you must be willing to do something you have never done. 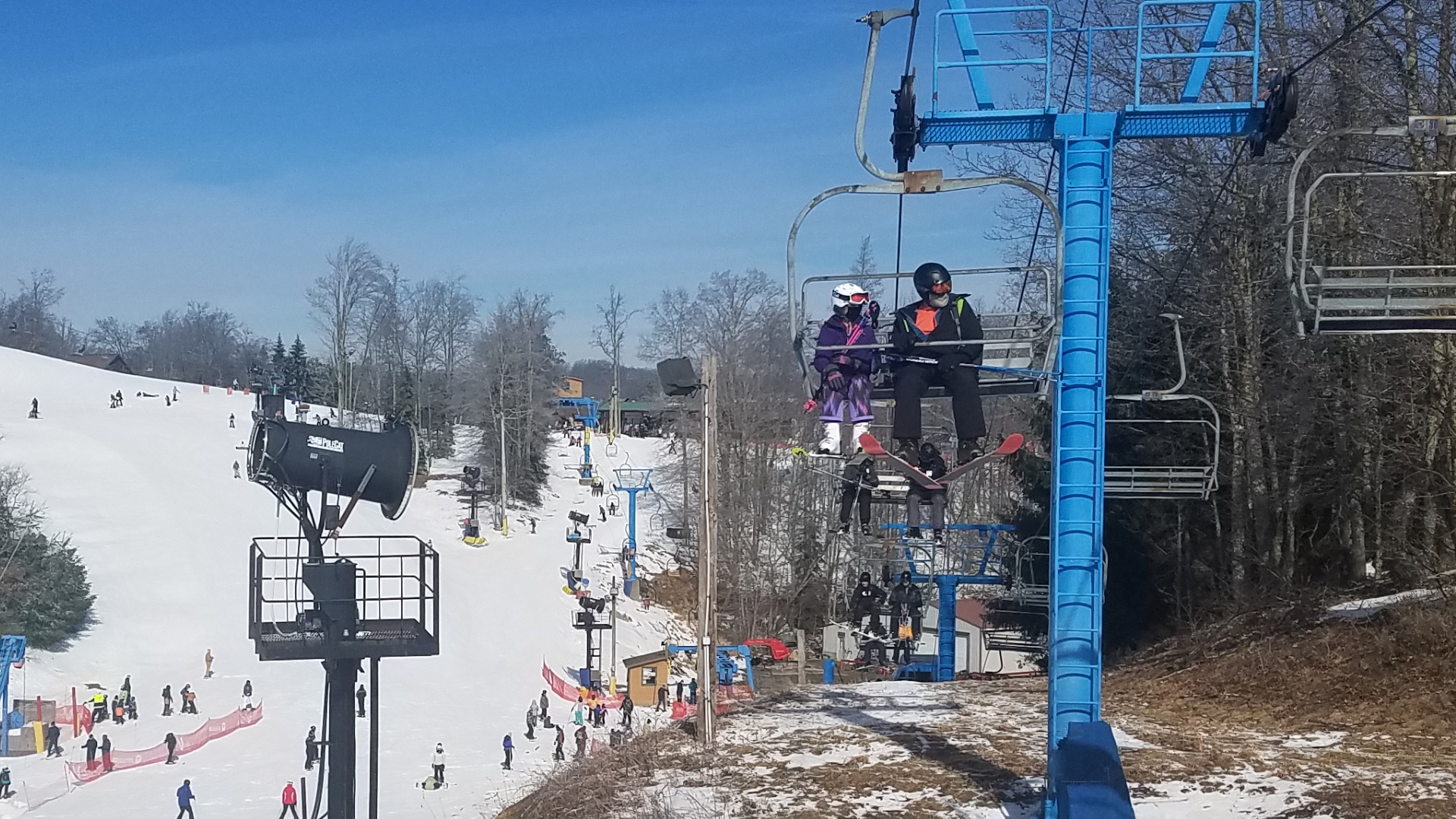