WHAT’S HAPPENING AT THE SKI SHOP by Joe Stevens 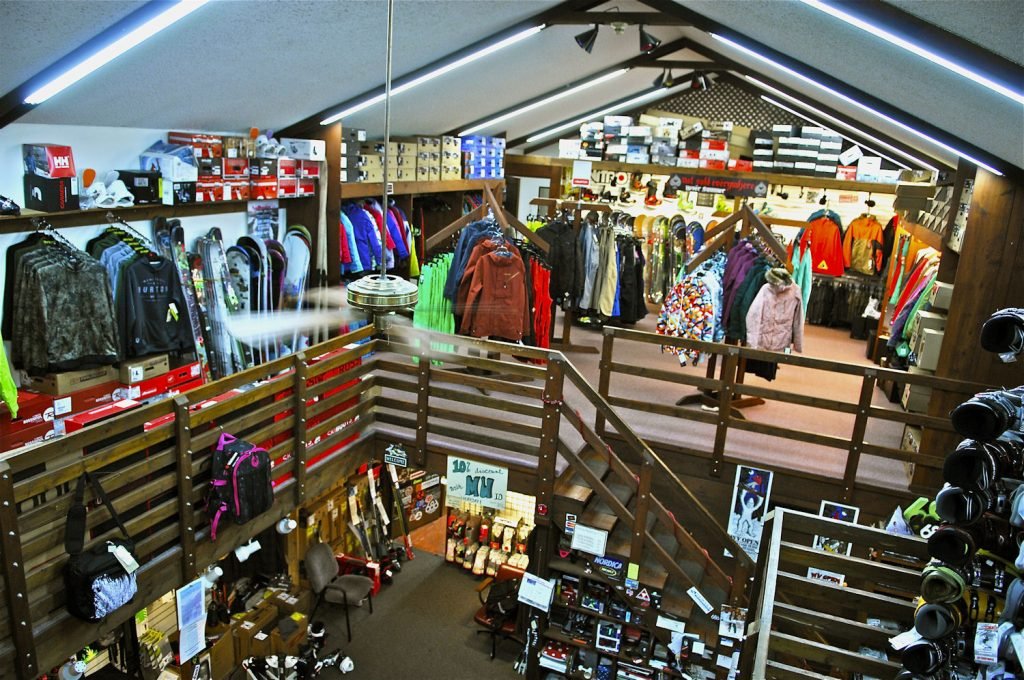 I have lived in a number of small towns in my life, I seem to enjoy that laid-back way for me and my family. When living in those small communities I have always found that if you really wanted to know what was going on, all you had to do was go to the local “General Store.” Now, that local gathering point might not exactly be a store, but it is the place that everyone feels comfortable to talk about life in general. You know what I mean.

For the last 38 years when I want to know what’s “really” happening in the snow sports industry, I have just gone to the local ski shop and do a little bit of talking and a lot of listening. As most of you know, unfortunately, most of those local ski shops have gone by the way of the VCR tape and for the most part don’t exist. However, where we live now in Scott Depot, West Virginia, one of the final true local ski shops, Ski Loft, is still in operation just minutes away from us in Barboursville.

Recently, my son Christian came in from skiing a few hours on the slopes of Winterplace and his fingers were like icicles. This wasn’t from inferior equipment (gloves), but from the fact that his 14-year old fingers had out grown the gloves and it was time for some new coverage on his digits. This meant a trip to Ski Loft for a little of buying and a lot of talking.

Before we get into the talking side of things, I want to make you understand that, yes, I could’ve probably just dialed up a ski equipment site on the internet and very easily just ordered the gloves from the comfort of my kitchen table and just wait for them to arrive. But I am a firm believer in shopping local and doing business with local businesses whenever possible. This is a case of where the easier way isn’t the best way.

All of the shop owners I speak with agree that their biggest competition is the internet these days. All too often, shoppers come in to look and try on the merchandise, but don’t buy there, but instead head back home and fire up the internet and do their buying there. I’m sorry, but if you find yourself in that group, shame on you and I will just leave it there……. for now.

When we arrived at the shop and told the guys what was going on with Christian’s cold hands, they looked at me and said, “your boy is growing up.” I just put him in their hands and the glove selection began. This process you have to understand was being done by the same person who sold Christian his first pair of gloves. Do you think you have the same person filling your internet order, when you are buying a replacement piece of equipment? I don’t think so.

While the selection process was going on, I just went to my favorite seat in the shop, took a deep breath and felt right at home. There was no pressure to do this or do that, it was just time to catch up with good friends and talk having fun in the snow.
I could over hear the conversation going on during the glove selection and none of it was really on the equipment. I mean there was no pressure on my young skier to buy this glove or that glove. No, the talk was more centered on how many times he had gone skiing so far this season and where he has skied. The questions weren’t being asked to make Christian feel good or to just pass the time of day. The questions were being asked to allow that same information be shared with the next skier or snowboarder that would come into the shop. This is where I would like for you to refer back to my earlier “General Store” comment.

Many of you that read this column on a regular basis, are probably similar to me, in that if your child is being treated fairly by a sales person, you know your life is going to be a bit easier for the next few hours. How many times, have you found a salesperson just going through the motions with your child, just to get onto the next customer and not paying them the respect they deserve. Again, you know what I mean, don’t you?

While in my favorite chair I heard from the shop owner that sales were up so far this season. He brought me up to speed on a fact that I never took into consideration. He told me that every time a resort announces a significant capital investment, their sales will spike. As an example, he told me when Snowshoe Mountain let the world know they were updating their snowmaking system for this season by spending 4.5 million dollars, skiers and snowboarders started headed into the shop. I am here to tell you that never was in my thought process when I scratched out hundreds of news releases promoting the industry. Honestly it kind of made me feel good that my words not only helped the resort I was working for, but that local ski shop that means so much to the industry.

I also learned that season long ski and snowboard rentals were up this season. What that means is that those folks were planning to make more than one trip to the slopes this year. Return visits, that’s music to the ears of every ski resort operator in the region.

So, along with getting Christian new gloves (he loves them), I found out a couple things about the industry that I wouldn’t have known about, unless I had made that trip to my local ski shop. Now tell me that’s the same experience you had when you hit enter on your keyboard, when you made that purchase on the internet. Hey, take the time and give it a try, you’ll thank me when you walk out the doors with a smile on your face from visiting your local ski shop.