What the Experts Think 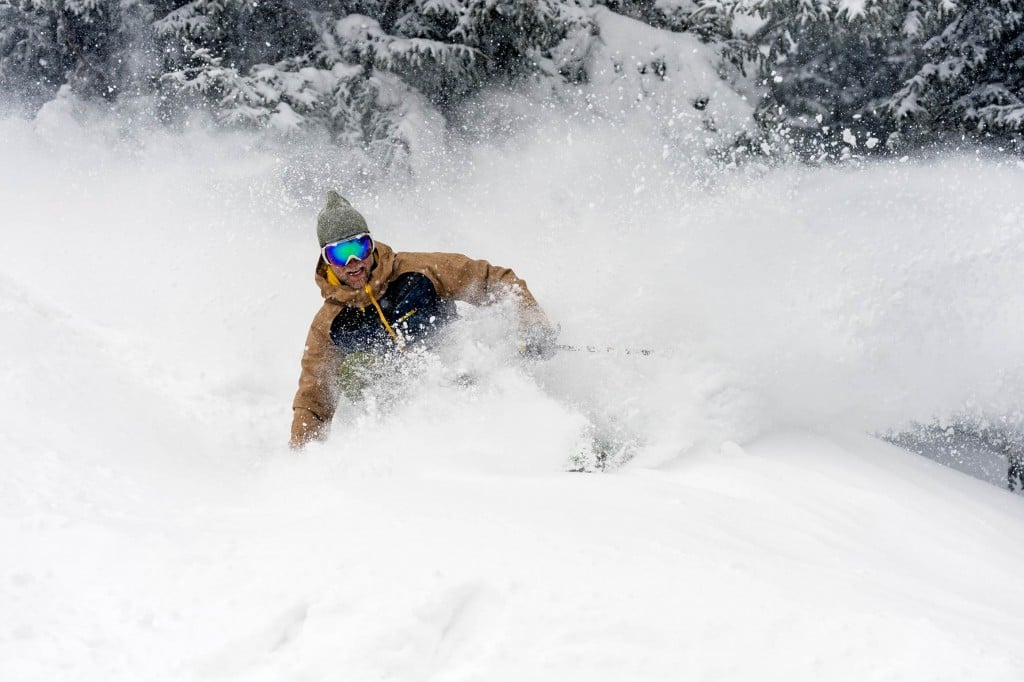 All I have been hearing recently is El Nino this, El Nino that.  Hey when the weather comes it will come, not before.  I know historically a weather pattern of this type has produced a good amount of snow, but I still say, when it comes, it comes and not before.  As I write this on Sunday afternoon, the snow guns are going at resorts throughout the southeast region. Every resort is taking advantage of this weekend’s subfreezing temperatures.   Again this year, the first alpine resorts to take advantage of the favorable snowmaking situation and opened earlier this month were Sugar and Cataloochee in North Carolina.

Like I have done since starting this column 11 (we’re getting old Mike) years ago, I thought for my first column of the season, I would check out what some weather experts thought was going to take place this season for skiers and snowboarders in the Southeast and mid-Atlantic regions.  I have seen a lot of pictures and video from resorts in the region of snowmaking and things are turning whiter for the time being. So I wanted to look into the snow globe a bit to see how some weatherman felt about the upcoming season. So here goes.

I first spoke with Doug Harlow, Meteorologist for WCHS-TV in Charleston/Huntington, WV and see what is on his mind:

The upcoming Winter season will almost certainly be heavily affected by the El Nino that developed over the last year. In fact, the Pacific waters are expected to continue to warm into early 2016, and this will likely become one of, if not the strongest, El Nino episodes on record (reliable measurements of this phenomenon go back to 1950). In general, strong El Nino Winters over the Eastern U.S. result in milder temperatures. That doesn’t necessarily mean shorts/t-shirt weather, but it seems unlikely we’ll experience the extreme arctic outbreaks that we’ve had the last few years.

But don’t fret snow-lovers!  El Nino winters frequently feature an active southern branch of the Jetstream, resulting in frequent storms tracking across the Southeastern U.S. This leads to bouts of precipitation, although with arctic air bottled up north rain and snow are apt to do battle in the Southeast and Ohio Valley this Winter…with higher elevations more likely to see snow while valleys experience more rain. In fact, while this Winter is likely to be milder we could still experience some healthy snow at area ski resorts. For one reason, the Great Lakes are unlikely to see much ice development this winter. That leaves the lake waters warmer and open through most of the season, so when cold fronts pass they’ll pick up more moisture and wring it out over the windward side of the Appalachians. That would spell good news in particular for the West Virginia and western Maryland ski resorts.

For the leeward ski resorts in North Carolina and Virginia…those Southeast coastal storms could very well produce a couple of healthy snowfalls through the season. In fact, previous strong El Nino years of 1957-58, 1965-66, 1982-83, and 1997-98 all produced at least one big snowfall in this area. January of 1966 actually featured three big snowfalls within 3 weeks!  Given the lack of arctic air present many of these snows were wet, heavy snows.  As a result, while there could be some spells where resorts will rely on machines to make snow…Mother Nature could help out with her own fair share during certain points of the Winter.

The last time we checked in with Sean Sublette he was the Chief Meteorologist for WSET-TV in Lynchburg/Roanoke, VA, well in the last year Sean has moved onto Climate Matters where he is a staff meteorologist and may I say a darn good one.  Here is what Sean is forecasting:

Most meteorologists will tell you that this winter will be greatly affected by the ongoing strong El Niño, which is an abnormal warming of the central and eastern tropical Pacific Ocean. The abridged version is that the warmer water puts more heat into the atmosphere, strengthening the subtropical jet stream as it moves into the west coast of North America.

This has the effect of decreasing the amount of Arctic air rushing into the Middle Atlantic and the Southeast.  It will still happen, just not as often as in an average year.  On the surface, that would suggest less snow than in a normal year for the ski areas.  However, because the subtropical jet is also carrying more moisture, it also means more precipitation than in an average year.

As a result, if there is just enough cold air in place, there could be a couple of healthy snowstorms that put down thick blankets of snow.  The concern would then be maintaining the snow bases on the mountains if the cold air cannot hold in place afterwards.

In addition, the West Virginia and Maryland resorts depend on the upslope snow storms that come with the Arctic air that moves in from the west. My guess is that this will be a tie breaker. Fewer Arctic outbreaks means less upslope snow and less opportunity to make snow.

So for the ski areas, I would expect less-than-average snow this season, but I still think there will be a few strong weekends to hit the slopes.

I thought this year I would reach out a little bit and check with a sunshine state weather guy, Dave Osterberg of Fox13 in Tampa Florida.  Here are his toughts:

While temperatures in the southeast have been above normal for a few weeks, with the record breaking El Nino pattern expected this winter it all could change at a moments notice. Typically, in the south with a strong El Nino pattern the winters tend to be cooler and wetter than normal. This is due to an enhanced sup-tropical jet stream following across the deep south. Many of the storms systems will tend to ride into the panhandle of Florida and up the east coast.  That could yield more precipitation than normal; Perhaps as much as 20-30%. In the past that has led to some big snowfalls.

While the typical El Nino pattern may not kick in for a few more weeks, it could also mean some late season snows keeping the slopes operating a little longer into spring. Stay tuned!!!!

I think skiers and riders should be very excited about the new season as it relates to the central and southern Appalachians.  The warmth of November has slowed the start of the season, but the good news is that it has virtually nothing to do with how the season will unfold.  Of all of the months of the year, November’s weather has the lowest correlation with the weather that occurs in the following months.  As we approach December, the pattern is evolving in a way that will start to deliver colder air…cold enough for the mountain crews to get busy cranking out snow…over the next couple of weeks.  Now, it is going to be tough to sustain cold during the early part of the season, so elevation will become a key element in determining who builds up base depths and trail counts heading toward the holidays.  With most of the region’s resorts sitting at high elevations they should make out very well with each cold shot and storm threat over the next several weeks.

Longer term, with an El Nino in place in the Pacific, we are going to see the southern branch of the jet stream get very busy in terms of storms and moisture delivery throughout the winter.  With the prospects for storms passing just to the south of the region enhanced, I think the central and southern Appalachians are in for a solidly above normal snow year and perhaps an epic season in terms of natural snow.  The heart of the season, from mid-January through February, should be especially outstanding, and there should be many opportunities for powder days in that stretch.  It should also be a long season, because during El Nino’s, the month of March usually belongs much more to winter than it does to spring.