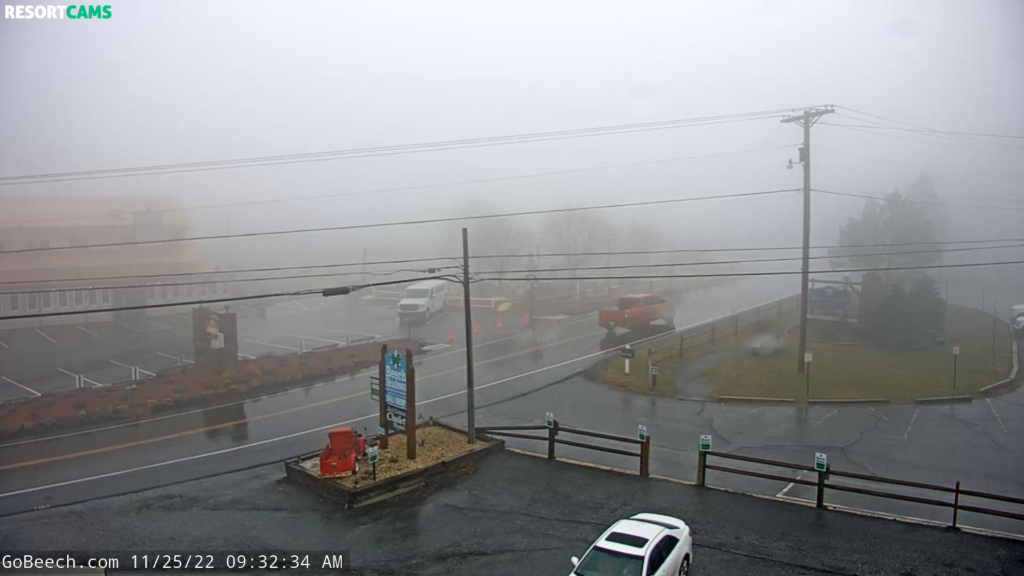 Today starts “weekend two” officially or unofficially, of the 2022-2023 Ski & Snowboarding season here in the Southeast & mid-Atlantic. Officially, in the sense that Cataloochee Ski Area and Sugar Mountain Resort started their seasons on MONDAY, November 14th. Appalachian Ski Mountain began their season on Friday, November 18th. So the FIRST weekend of the North Carolina version of ski & snowboarding season was last weekend and IT was a beauty and huge success with “chamber of commerce” cold weather and blue skies. Lots and lots of snowmaking took place prior to opening day and continued through this past Tuesday, November 22nd. Those nine or ten snowmaking days and nights helped to create some first week and weekend base depths in the three-to-six-foot range…with Snowshoe Mountain boasting the six foot, average base depths.

This is the FIRST weekend of ski season for resorts like Snowshoe Mountain (which began their season on Wednesday, Thanksgiving Eve), Timberline Mountain (they did a sneak peek), Bryce Resort (which opened Wednesday), Beech Mountain Resort, Ober Mountain (Gatlinburg), Massanutten Resort, Wolf Ridge and Wisp Resorts (which all open TODAY).

Photo of the Day (kind of) is showing how wet things are this morning atop most of our ski mountains. The shot up top if from Beech Mountain Parkway camera.

Other ski areas such as Sapphire Valley, Canaan Valley Resort, Winterplace Resort, The Omni Homestead Resort, and Wintergreen Resort (who are all not quite ready for prime-time) have not yet opened for the season.

Was That As Confusing As I Think it Was? Regardless, last weekend was kind of like “week ZERO” in College Football and today marks more of the traditional opening weekend for ski resorts in the Southeast and mid-Atlantic. More years than not, Thanksgiving Weekend has marked opening day/weekend.

ALL of that is to now say that this is DAY 12 of the ski season according to Cataloochee & Sugar, since they typically have a say as to when we all start the “talking season” here at SkiSoutheast.com.

I don’t know about you guys and gals, but as usual I ate way too much for Thanksgiving. Let’s just say that the turkey wasn’t the only thing that was stuffed! Now it is time to ski off some of those extra helpings of Thanksgiving over-indulging, right!?!

As you will read momentarily (below) we’ve got some light rain in the forecast for Friday, but skiers and snowboarders would still rather be out on the slopes than fighting over Black Friday deals.

The Weekend is Looking OKAY, but With Periods That Will Be Rather Wet…

When I looked at the weekend forecast back on Wednesday, things looked like it could be a wash out. However, the weekend skier’s forecast NOW kind of looks like a “tale of two halves”. Here are some spot check-ins:

BEECH MOUNTAIN
The forecast is for cloudy skies today with a chance of showers mainly between 11am and 4pm today. However, those showers look on the lighter side, with a little as a tenth of an inch possible. It looks REALLY windy tonight with gusts as high as 34 mph.

Saturday should be MOSTLY SUNNY (yay) and that bodes well for the Southern Rails, Rail Jam that takes place at Beech Mountain Resort from 10am to 5:30pm.

Sunday DOES look wetter with an 80% chance of more significant (one-half inch) rain.

SNOWSHOE MOUNTAIN
Showers before 11am today with gusty winds from 18 mph to 33 mph. There’s an 80% chance of rain today and about 0.25″ of it (that’s a quarter of an inch to you Clemson fans.) (It IS rivalry weekend, and I AM a Gamecock fan – and I know we are probably going to get killed for the eight time in a row.)

Saturday is looking beautiful, with sunny skies and highs near 51°.

Sunday looks to be a possible washout with 100% chance of rain and perhaps as much as 0.75″ of it.

(You can ditto the Snowshoe forecast for Wisp Resort, as well as Timberline Mountain in Tucker County, WV.

As I drove around the area on Thanksgiving Day, I can tell you that the Fraser Fir Christmas Tree Farms were packed with families choosing the perfect Christmas tree for the season. The slopes were pretty busy as well. You can CLICK HERE to see Cataloochee’s 24 hour Timelapse.

Check the SNOW RESORT for All of the Deets, but here are some notables:

Beech Mountain Resort OPENS for the season today with 10 slopes and trails. Tubing is open as well. It was cool to see comments from our old buddy, Jasen Vioral via their Facebook page.

Bryce Resort is open Friday-Sunday, Nov. 25-27th from 9AM-3PM. Next week they will close again and then open for GOOD on Friday, Dec. 2nd with regular hours 9AM-4:30PM. Early season rates will be in effect through Dec. 16th. Annual Ullr Celebration November 25th at 5pm.

Massanutten Resort – the ‘Nut is open with 3 slopes and 3 lifts, as well as 4 lanes of tubing!

Ober Mountain – in a surprise move (to us), they announced: Thanks to a few nights of unseasonably cold temps, we’ve been able to produce a limited amount of snow, but enough to open Cub Way & Ski School slopes. We plan to be open Fri, Sat & Sun – Nov 25, 26 & 27. There will be one session, 10am – 6pm each day, at Holiday Rates.

Snowshoe Mountain – they offer 16 trails for playing on today. The Hare Hunt Photo Contest is today from 10-2! Snap a pic with all 12 of the hidden hares out on the slopes for a chance to win some cool prizes.

Sugar Mountain Resort – They are open with 8 slopes and Ice Skating is Open as well as Night Skiing and Riding tonight!

Timberline Mountain – First, I’m kind of loving the way that they report. This morning, they posted, “You’ll find a soft, saturated machine groomed surface on our open terrain today. The snow was groomed early this morning and is holding up well despite the rain.”

How clear and descriptive is that? Pretty cool. Timberline is open with 14 of their 22 trails open, including ALL of the GREENS, 3 of 5 BLUES and White Lightning is open as well. My favorite trail these days is TWISTER and they already have that sweet run open with its long, twisting, fall-line skiing turns.

Wolf Ridge – was reporting on Wednesday that they would be OPEN for today. However, their website (which is horrible) is reporting nothing open. We called over though AND they are open today from the midway station, down with 2 slopes and their beginner hill.