“We Wish That it Was ALL Snow!” Yesterdays torrential rains (understatement of the day) brought 3.30″ of rain to Banner Elk, 4.31″ of rain to Boone and 6.19″ to Blowing Rock. That was one of the top ten heaviest, single day rainfalls that I’ve seen in my 25+ years of living in the High Country. Flooded highways, roadways and parking lots were being reported all over the area.

Some independent weather stations reported as much as 5.24″ of rain at Watauga Medical Center and 5.95″ at the Boone 1st WX station. It FELT like more than that as wave after wave of heavy rain was replaced by moderate, steady rain and then that repeated itself all day. Here at our offices on Hwy 105 we could hear emergency vehicles running numerous times throughout the day and we also heard reported of power outages, trees over the highways and dozens of cars stranded. 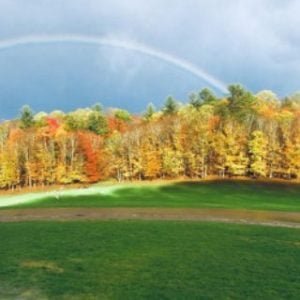 As the skies finally cleared late in the day (around 6:30pm or so) the sun produced dozens of instagram photos of rainbows across the area. (Unfortunately none of them were high-rez enough to share.)

I captured this bit of video at the Sleepy Hollow Covered Bridge off of Hwy 105 as the normally meandering Watauga River was worthy of Class II and III white water!

Thankfully we didn’t hear of any casualties or anything…and later in the evening perhaps the funniest thing I heard was from this WCNC news reporter who was in Blowing Rock at the new Visitor Center building for High Country Host and Appalachian Ski Mountain at the base of App and right on Hwy 321.

I was not able to find the raw video via WCNC Newschannel 36 this morning but since they use our ResortCams OFTEN with and without providing credit, I figured I could share this capture from my phone.

At one point the reporter mentions that she spoke with Appalachian Ski Mountain’s owner (presumably Mrs. Moretz because she referred to the owner as “she”) and then she stated, “I wish all of this rain was snow!”

If indeed that rainfall had been an all-snow event, we would have seen from 25″ to as much as 50″ of snow in portions of the High Country on Monday.

Thankfully no damage was done to App’s new Welcome Center building. Highway 321 was under as much as 15-18″ at one point during the peak of the storm and it did do a lot of culvert and landscaping damage.

(You’ll have to turn up your volume!)

We DO have some light flurries and a freeze warning in effect for this evening into Wednesday morning and then some snow mix on Sunday…so cold weather and “winter” will be here before you know it. 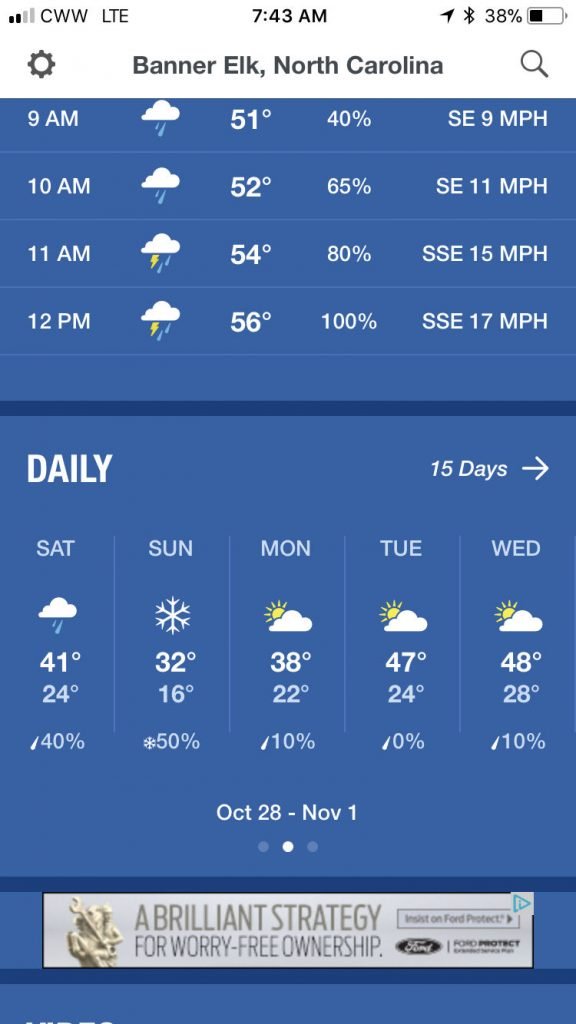 We checked in the forecast for the mountains of West Virginia down to North Carolina and there are some mentions of flurries a couple of times over the next week.

Here’s the frost warning for the High Country tonight!

* TEMPERATURES…Lows in the lower 30s tonight.

That’s it for me today. Email me anything ya like 😉 [email protected]