We Survived the Rain, Time for the Cold to Return 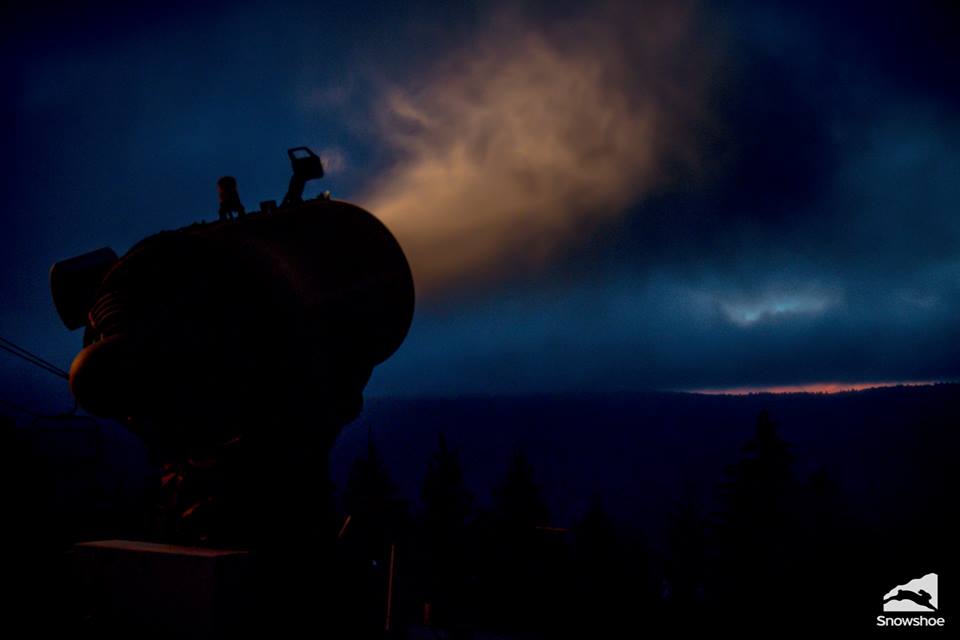 Well, we survived the heavy rain and storms that plagued the region yesterday.  They moved through pretty quickly and were gone by the early afternoon for the most part.  The rain amounts varied greatly depending on which ski area you were at, with the heaviest stuff in the southern part of the region.  The weather station at Cataloochee ended up reporting 2.44″ of underdeveloped snow yesterday.  Woof.  Our station at Sugar is showing 1.54″, the Massanutten rain gauge shows 0.96″, and Snowshoe saw 0.41″ of the wet stuff.

So the further north you went the lesser the totals seemed to be.  The rain was heavy at times and a couple of ski areas actually closed in the middle of it all yesterday.  Wolf Ridge and Bryce Resort decided to temporarily suspend operations yesterday due to the weather.  Both resorts are back open today though.

We survived the rain and the sun is coming back out! See you for a beautiful day on the slopes tomorrow!

Temperatures have begun to drop behind the front that moved through yesterday and are much colder than yesterday morning.  The biggest 24 hour temperature change easily goes to Ober Gatlinburg in Tennessee who are at 33 degrees this morning, which is 23 degrees colder than this time yesterday.  A lot of resorts are hovering right around the freezing mark this morning, so most didn’t make snow overnight.  The only two that noted snowmaking were Snowshoe Mountain and Sugar Mountain.  That will change tonight though.

Temperatures have dropped and our snowmaking team is going full speed ahead once again! We're heading towards another...

There’s also a bunch of clouds hanging around this morning.  Generally that is not good to see on the webcams, but it did produce this awesome looking shot from the Hemphill Cam at Cataloochee this morning.  Cat is somewhere in those clouds. 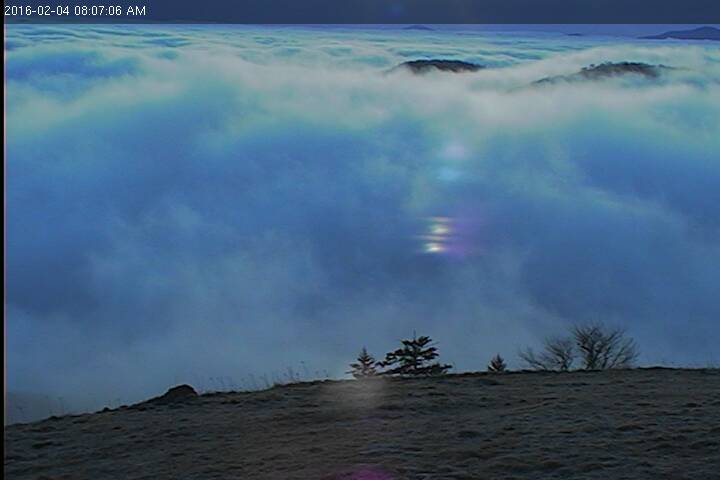 Today and tomorrow are recovery days for the ski areas in preparation for the weekend.  Snowmaking is going to resume today/tonight and fix the (minor) damage done by the rain.  Temps tomorrow are cold enough for some resorts to continue making snow throughout the daytime hours.  That means we could see snowmaking tonight, tomorrow, and tomorrow night going into the weekend.  That would be 36 straight hours or so of snowmaking for some of the ski areas which will refresh the slopes nicely for Saturday and Sunday.  And the weekend itself still looks great in terms of weather.

The first half of next week is starting to look interesting.  For skiers and snowboarders here in the Southeast, Northwest flow is a phrase that we want to hear.  My friends make fun of me because I like to mention it a lot.  When you hear that phrase in the winter time it usually means snow…and high quality snow at that.  Monday through Wednesday look to see an extended period of Northwest flow and we could see some decent snowfall at the West Virginia and North Carolina ski areas as a result.  The local forecaster for the High Country of NC said areas “along the NC/TN state line will pile up snow during this period”.  Those areas include Sugar, Beech, and even Wolf Ridge.  Sounds promising.  One of the weather models I’m looking at right now shows some really good totals up into West Virginia towards Snowshoe, Canaan, and Timberline.

We’ll have to wait and see how this develops over the next several days.  Hopefully it pans out because I for one would like to see some snow on the ground outside of the trails at the ski areas.  It’s crazy to think, but all that snow from a few weeks ago is almost gone now.  David Lesher noted it on his report this morning…

“No snow on the ground outside of trails, Still many patches of snow remaining, but less than half the ground is covered.”

Let’s hope Mother Nature delivers next week and makes up for this week.  I’m sure Brad Panovich will have a video update in the next day or two to give us a better idea of what to expect.  Regardless of natural snow, it’s going to be really cold so snowmaking will be ongoing next week.

Today and tomorrow, Catalooche is celebrating Law Enforcement Appreciation Days.  Members of the po-po get some nice deals for them and their family.

Thursday and Friday, February 4 and 5 are Law Enforcement Appreciation Days and all law enforcement personnel both active and retired and their families will receive special discounts on lift, lesson and rental for day, twilight and night skiing on both days.

This isn’t really a notable, but Timberline posted a POV video yesterday to show what it’s like ski there.  It’s kind of cool and interesting to watch, especially for somebody like me who has still yet to go there.  Check it out!

While I’m showing videos, Massanutten also posted one yesterday that gives a great overview of the resort and all it has to offer.

Hopefully those two keep you entertained for a few minutes while you’re at work!

As always, check out the snow report page for detailed info about current snow and trail conditions.

Base depths dropped some since yesterday overall, and kudos to the resorts who did show a realistic dropoff.  Those will recover in the next couple of days though and increase as we progress into next week.

That’s it for today.  I think Mike will be with you all tomorrow as I’ll be driving up to Banner Elk for work.  Think cold and think snow!

Previous Post
Wet and Gloomy Today, Cold Air Not Far Behind
Next Post
It is SNOWING HARD in Some Locations. Check out ResortCams.com!