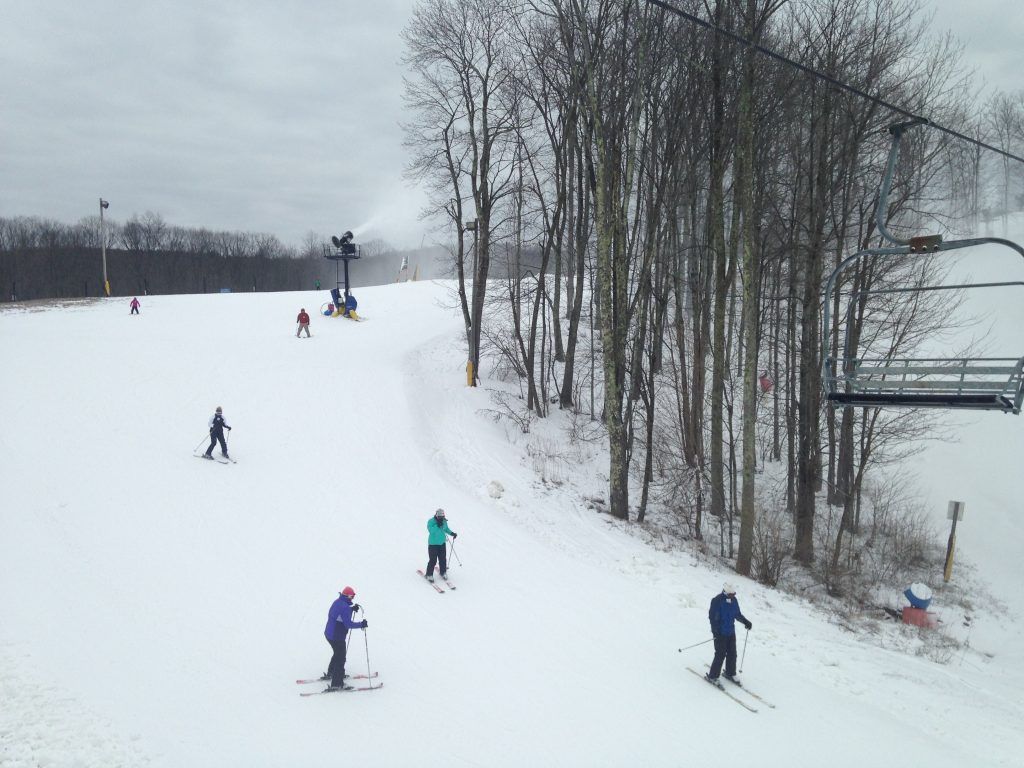 Okay, this particular Groundhog Day snuck up on me.  I swear it was just the other day that I was writing about the ropes dropping in November to begin the 2016/17 season in the southeast region.  Even though I really didn’t know that Punxsutawney Phil was going to make his decision until the morning of the annual event, I was very pleased to hear that the rodent saw his shadow, which means according to folklore, winter is going to be with us another six-weeks.

So, that got me thinking again and as you have read in this column in the past, that, per my wife Angie, usually gets me into trouble.  I quickly Googled the first day of spring for 2017 and found the date of March 20, meaning that, giving a day or two, winter was set to end in about six-weeks away, with or without Phil’s assistance. Just saying.  But I guess any help the snow industry can get in making sure that our favorite season remains intact for the full duration is greatly appreciated.

As most mountain operation folks, will tell you, this has been a roller-coaster of a season so far, when it comes to the weather.  There have been times when the weather has been perfect for winter lovers, nice natural snowfall and temperatures that make snowmakers smile. Then there have been the times, when flip flops and short pants were the uniform of the day instead of ski bibs and ski or snowboard boots. But as I have come to learn in the 30-plus years in the industry, the glass is usually half-full for the majority in the business, knowing that an unfriendly weather pattern can and will change quickly.

Again this week, as has been the situation the previous three, I had the privilege (saying that honestly without any sign of a smirk) to help chaperone a group of nearly 100-young skiers and snowboarders from Hurricane Middle School for a night of fun at Winterplace Ski Resort in West Virginia.  This was the fourth straight week of varying conditions, they have seen everything from natural snow falling to every snowgun operating to thaw conditions.  You know what, I don’t think any of them could’ve cared less.  Having that half-full glass philosophy, I have watched the sixth, seventh and eighth graders, just strap on their skies and snowboards and just let gravity be their friends.

This fact of “it just doesn’t matter” has been eye opening for one industry veteran of many campaigns, yours truly.  I think many in the industry worry too much, while wanting to have pristine conditions for visitors every time they visit their slopes, the ones that really count, the visitors are just flat out happy that they are getting to play on snow.  That’s snow of any kind, firm, groomed, ungroomed, soft, whatever, just let us have some fun and stay out of the way.  I guess, being able to “pick” my days on the slopes through the years of having a slope side office jilted me on totally understanding what a true day or night means to most of our visitors in the southeast region.

To say the least, my “product evaluation” this season with the middle school ski club, has helped me get back into the true meaning of the snow industry and that’s watching skiers, snowboarders and snowtubers have fun during the winter months in the mountains of Tennessee, North Carolina, Virginia, West Virginia and Maryland. Not only have the young skiers and snowboarders enjoyed the various types of conditions, I have been out there with them, making more turns so far, this year than I have in the last four combined.  I can’t put into words the pleasure I have had listening to the first-time skiers describe their first trips down a blue trail for the first time or another skier talking about feeling their heart beat standing atop of the first real steep slope and getting down it safely and wishing the lift was moving quicker so that they could do it again and again.

Not only have I enjoyed seeing the smiles on the young people’s faces as they have fun gaining their confidence with the winter sport, I have really enjoyed listening to the instructors after the kids have completed their 90-minute lesson that every kid takes prior to hitting the slopes on their own.  By the way, these lessons occur on every trip, not just the first one, but every trip.  Now back to the instructors. I can’t think of a time this year that any of them said, “they are not doing what we tell them,” or “they aren’t listening.”  I have just heard, “they are doing great” or “I took them to a more difficult slope tonight and all of them handled it nicely.” Most of the young skiers and snowboarders have had the same instructor each week, so I think the continuity has helped, since the young ones have the same teacher every day for the various subjects they take in school.  It’s the smile though on the instructors faces that tell the whole story, that I have enjoyed the most and you can probably find those same smiles on any instructor in the southeast when he or she sees what they are teaching is making a difference to how someone has fun on the slopes.

A sidebar to this week’s column and from the book of firsthand accounts, while waiting for the ski club to arrive the other night, I received an urgent message from my son that we had forgotten to pack his ski jacket for the trip. I quickly responded by saying we would figure it out, knowing something had to be done with temperatures dipping into the low 20’s and I didn’t want a 12-year old going ballistic on the bus.  The next message I received, “I have faith in you daddy.”  Okay the pressure was on. I quickly reached out to Winterplace’s Executive Vice President Tom Wagner, who I have watched the last two seasons perform similar magic for others and was hoping again he could wave his magic wand.  After checking Lost and Found, a jacket for the evening was secured and a crisis was averted.  Note to self, make sure jacket is in the bag next time, because we all know that parents are at the end of the day, equipment managers in their spare time.

So, way to go Phil for another six-weeks of winter, even though it was going to be coming our way, with or without your help.  But, if in fact you saw your shadow, I get to see wide smiles on a group of middle schoolers and you won’t find yourself in the stew pot this year.

Previous Post
Sunday Will Offer MORE OPEN SLOPES and One Ski Resorts Gets to 100% Open. See Which One…
Next Post
Get 20% Off Snowshoe Lodging, Get Free Sunday Lift Tickets and a Chance to Win a Season Pass!