I would like to start off by writing switch, and by that, I mean with the concluding tagline that former Olympic Athlete, but current star, and narrator of multiple Warren Miller movies, Jonny Moseley, says in their annual film:

Hopefully, you have had a chance to make a few laps and get the always important November leg burn in. The birth of a new season can jolt the muscles somewhat, but in a good way. If anything else, it brings forth traditions and festivities.

One of which is very popular amongst the skiing community diehards, and that is the release of new ski films that spark the stoke. While there are several great syndications that fulfill the task, only one of them summits the highest pinnacle every time. 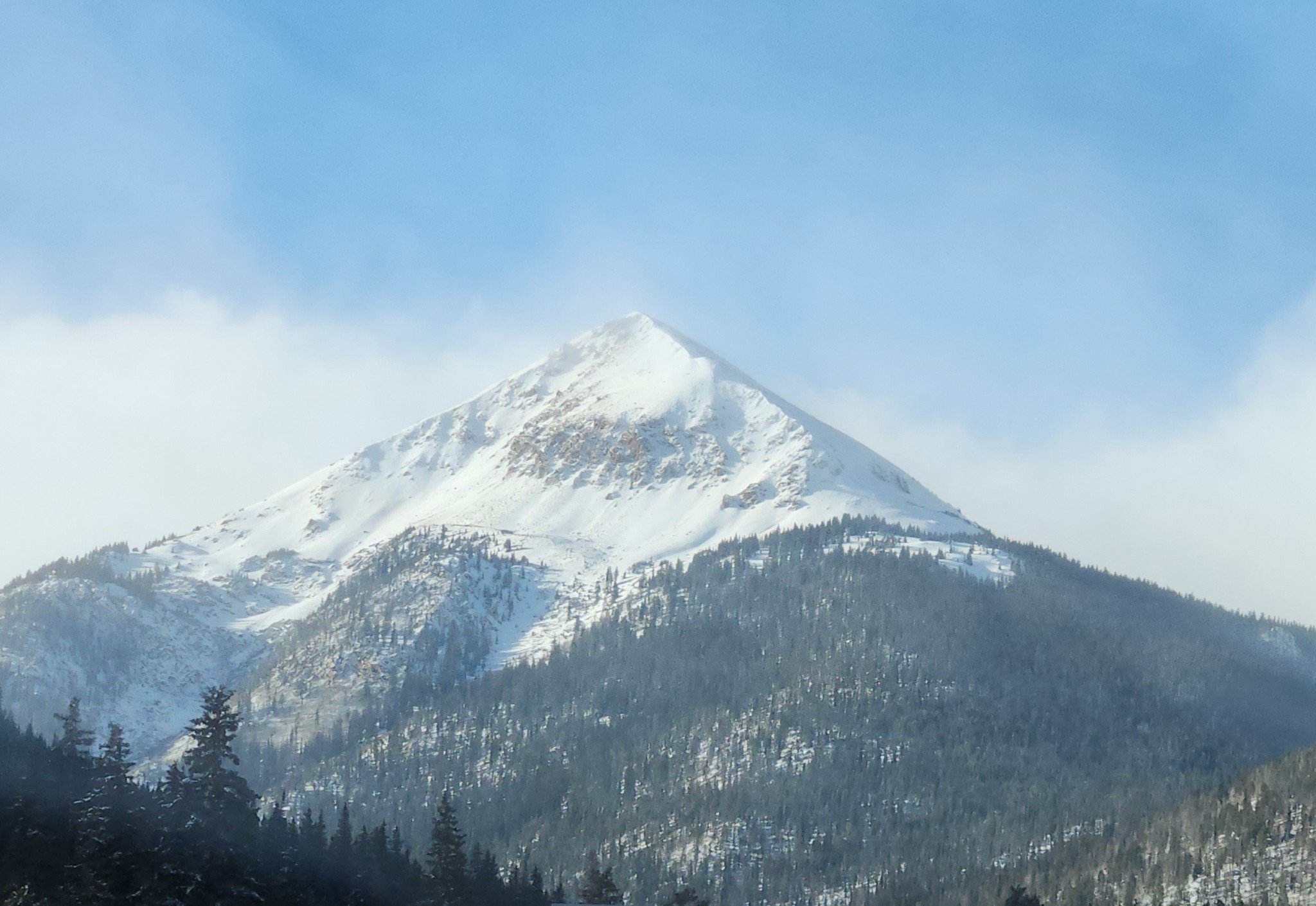 If you have attended a Warren Miller showing, you already know what the reasons are. For those who have never been, you are missing out, and I’ll explain why in a little bit.

Every year around this time their films are showcased mainly in North America, and sometimes overseas, to several skiing and riding regions including the southeast and Mid-Atlantic. In years past, I have been a very fortunate attendee when the Charlotte Ski and Snowboard Club has hosted the event in theaters around the Queen City. This year, they held it at the Visulite Theatre on Thursday, November 17th, to a sizable crowd of almost 200 people, according to one of our loyal readers named Andrew Diamond.

I was unable to be there due to traveling out west, but I fortunately got to experience it firsthand in the Mile High City of Denver, Colorado.

In that location, the event is so big that three nights are necessary for the Paramount Theater to handle the demand. That place is arguably the mecca for this experience, and the pilgrimage to it is absolutely worth the trek. 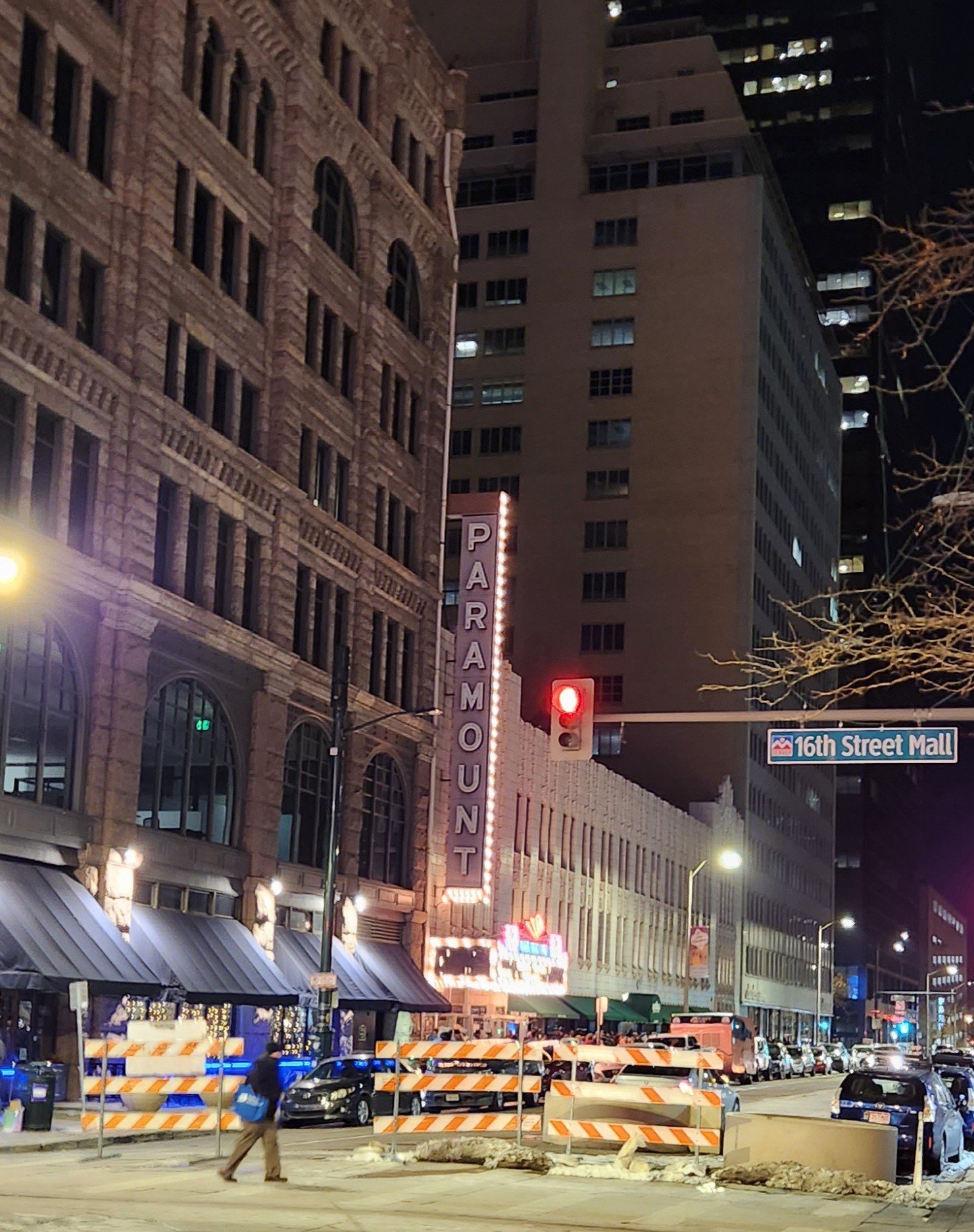 There are a few more showings scheduled within our region in the early part of December, and they are:

· December 8th at the Firehouse Theatre in Richmond, VA
· December 11th at the Barrelhouse By Gypsy Circus in Knoxville, TN
· December 22nd at the Arlington Drafthouse in Arlington, VA

More dates and locations can be found at warrenmiller.com/events

No matter where you see it, you should expect several things to occur.

First and foremost is the thrilling skiing and snowboarding action. If you have ever wanted to see what it is like for people to push the envelope of what is possible on the snow while gravity pulls them down, look no further than these clips.

Some of the gnarliest and steepest descents down a mountainside are executed by their athletes, and sometimes, with specular crashes along the way. There was this one segment in Alaska where one of the skiers’ first few turns down a steep spine caused a spider web like avalanche to break loose, and that surely got the crowd to gasp at the exact same time. He survived, unharmed.

Let’s not forget the quirky comedy that is ever present. Warren Miller himself was the narrator for decades, and he established the precedent for audience laughter with simple phrases such as “If at first you don’t succeed, failure might be your thing” and “Never dine at a restaurant that has a bowling trophy next to the cash register.”

Since his passing in 2018, and even a few years prior, the dialog and setting the skiers get themselves into have aided in erupting laughter at key moments. I was really fond of the segment in which internet influencer Katie Burrell prided herself as a leisure athlete, and yet her demeanor complemented her casual attempt to compete as a “wild card” entry in a professional extreme skiing competition alongside many professional skiers including Hedvig Wessel and Lexi duPont.

Dry humor and confidence at its best.

Perhaps shock and awe is more of your thing, and they had that too. Over a frozen lake in the province of British Columbia, they had a pair of one-legged skiers, Pete McAfee and Dominic Davila, that took the frigid polar plunge on camera.

Why oh why would anybody do that is unknown, but alas, they did it.

They had a much warmer surprise when the athlete Connery Lundin did a midsummer segment in the Alps while he grass skied.

For those not familiar, grass skiing is a sport in which your boots click into “skis” that contain wheels that aid with movement similar to how counterparts on a tank operate. Our partner ski resorts have plenty of grass in the offseason, so perhaps we too will have someone in a future film doing a similar thing. We might need more cows though to match the Swiss for some added cheese. 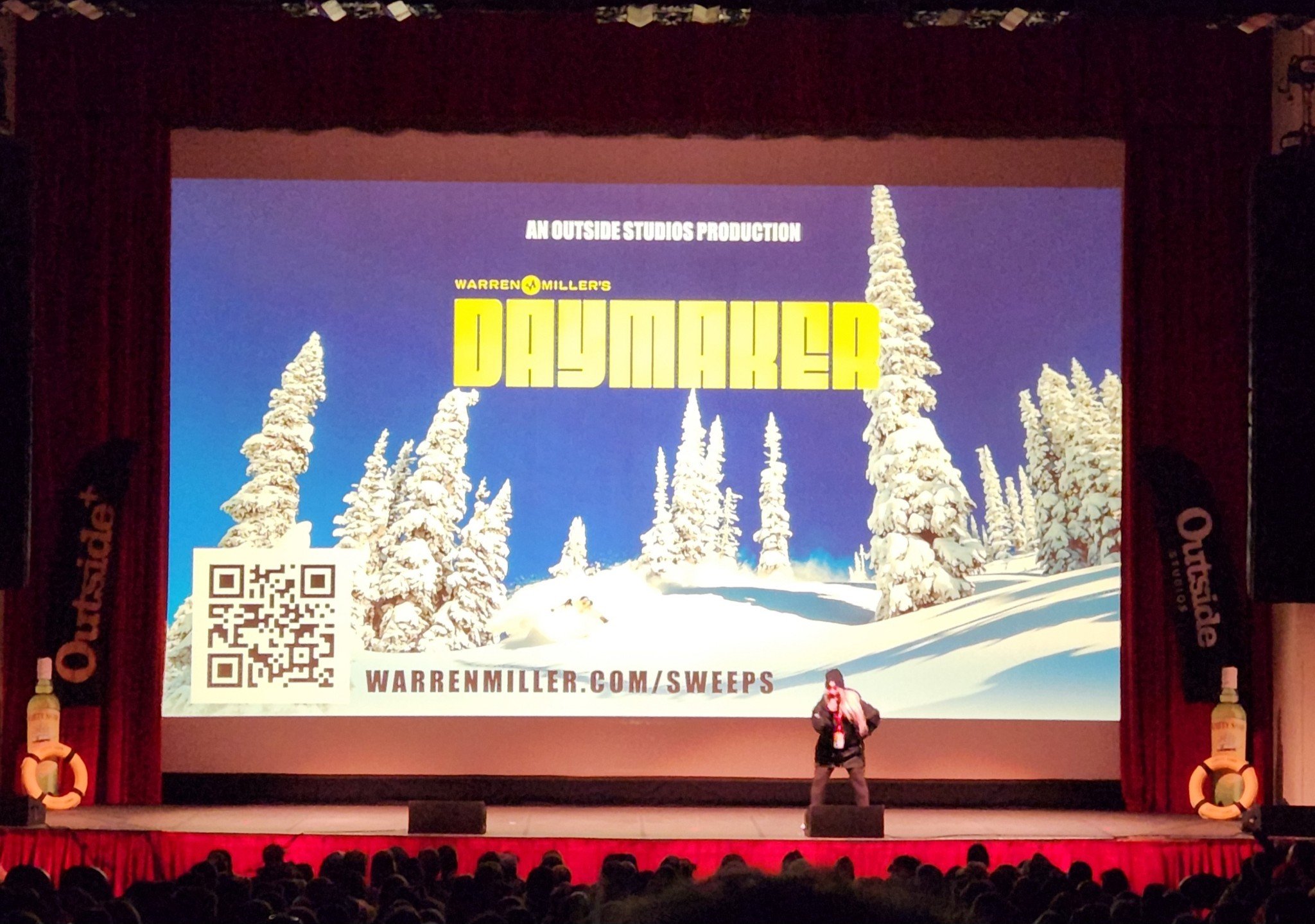 On top of a great showing is the possibility of winning prizes that range from hats, beanies, goggles, a pair of skis, and free lift tickets. Throughout all of the showings they have a grand prize and first-place prize with all-inclusive packages to either Aspen or Whistler. In years past I have seen them give away backcountry helicopter skiing journeys, snowboards, and trips to far away destinations around the World.

They used to hand out a paper racing bib with a number to each attendee, and if you found someone else with the exact same number while mingling around, you both won a prize. If memory serves me best, it was a free lift ticket to Winter Park. I wish these current promoters would bring that back. Hint-hint…

At minimum, everyone in attendance usually gets door prizes such as skiing schwag and lift ticket to a nearby resort. In Denver they had discounts to Monarch Ski Area and Eldora Mountain, and I was told that in Charlotte there was some stuff from Winterplace Ski Area and Ski Country Outdoors. In short, you get the entertainment and the bonus thrill for roughly $35 per person.

However, the greatest value that these movies provide is the sense of community and culture. I was very fortunate to partake with four of my skiing and riding companions that call the Rockies home, including two that I skied with earlier in the day and two others that had never been to one of these before. When asked about how it went, they gave eight thumbs up, which is two thumbs per person. Thank you Jacob, Jetski, Carly, and Nicole for coming along.

This year’s production, Daymaker, certainly lived up to the high marks that their perennial collection has set. No need to worry if you missed out though, because it was announced that all 73 Warren Miller movies can now be found with a subscription to Outside+, which is a digital content provider for practically all things outdoors. Personal film favorites of mine include mid-80s gold with Steep and Deep, plus two 90’s gems of Steeper and Deeper, and Freeriders. That last one has a spectacular soundtrack that is recognizable and nostalgic.

The final point is that these are meant to kickstart the season and provide some humility for all. If this is a new concept, add it to your holiday to-do list next time. Warren’s most famous quote is arguably “If you don’t do it this year, you will be one year older when you do” which is very valid in every sense, but I would press that he wisely marketed this perfectly when he closed things out by saying “We will see you next year. Same time, same place.”