TIME IS A WASTIN’ 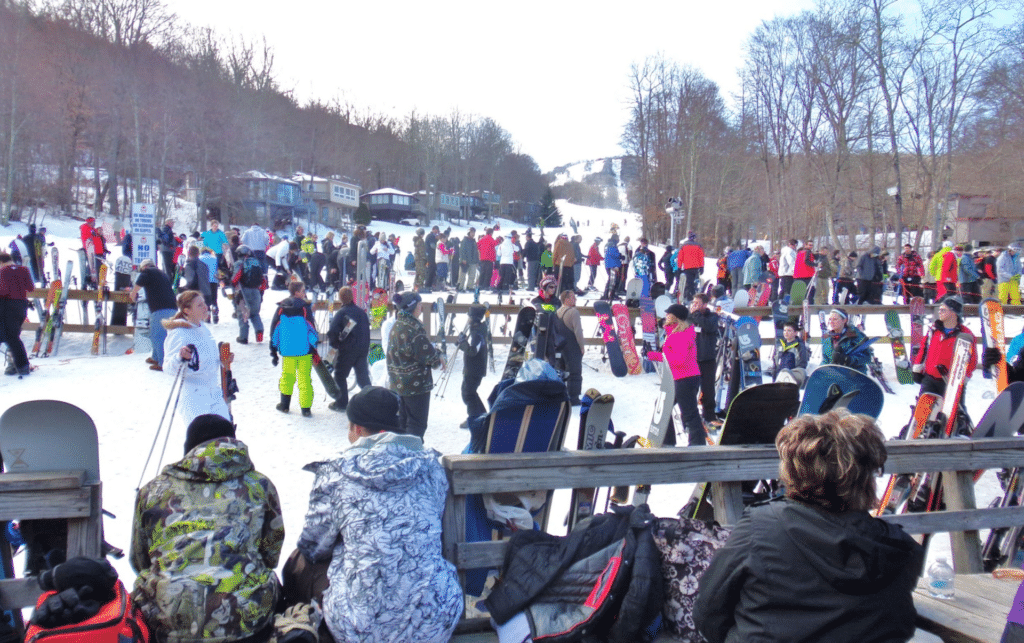 Let’s start this week by saying I got half of my Super Bowl prediction correct, that being the Los Angeles Rams scoring 23 points, but I was eight points shy of what I thought Cincinnati was going to score. Oh well, it was fun with the family any way. Now only if my Cowboys can just make up their minds and decide to win a playoff game or three. That’s not asking for too much, is it?

Now onto this week’s column. Just asking for a friend now, have you made any turns on your favorite slopes yet this season? Better yet, have you even taken a look at any of the snow reports or web cams from those same slopes?

If you haven’t, you must be living under a rock.

One of the first columns I do every year features the thoughts from some of the regional weatherman on what the season was going to look like as it pertains to weather. I went back and looked at those forecasts and none of them gave any indication that January and now February was going to rock when it came to snowfall and cold temperatures.

Not only did they predict lesser than normal snowfall at the resorts, but little or no snowfall in the lowlands. I guess something shifted way up in the sky and I am here and happy to say, my meteorologist friends were a bit off.

It’s great to get natural snowfall at the resorts, it makes everything white and pretty. But let’s be honest, when you go to a ski resort you expect to see snow. It’s a given, right?

What really helps the ski resorts out is when there is snow on the ground in metro areas, such as Atlanta, Charlotte, Virginia Beach, Roanoke and Washington, DC. This is where the masses are located and when they see snow in their backyards, it dawns on them that there is probably snow in the mountains, also. At least every resort General Manager hopes these types of thoughts are occurring.

What I am attempting to say, is in a season when it looked like the conditions were going to be a bit marginal, things have been rocking since the first of the year.

The situation got a little dicey around the end of 2021 and the beginning of 2022. In fact, the majority of the ski resorts in the region had to suspend their on-slope operations for a couple of days to save what snow was left due to the warm days at the end of December and rain that occurred throughout the southeast. Those two things can make snow go away very quickly.

Then low and behold, the temperatures dropped, the snowguns started, it started snowing and we got to where we are today, in pretty darn good shape as what the industry calls the spring skiing season, begins right around the corner as the month of March quickly approaches.

So, it’s time for some of you to come from underneath your rock, head straight to your favorite resort and enjoy some skiing, snowboarding or snowtubing. Seriously folks the conditions are very nice right now and the majority of the resorts are either 100 percent open or very close to that number.

I have to admit, due to this and that, my first turns of the season didn’t happen until right after the first of 2022. Since then, it has been fun to see the conditions get better and better each week.

You know what I feel about the region’s snowmakers and their ability to take advantage of the cold temperatures and provide excellent conditions on any trail that is open.

On that thought, I have never seen more people on closed terrain than this season. What I mean, I have seen skiers and snowboarders on trails that has just enough snow on it to cover the grass and there they are sliding down the slope. The snow on the trail is basically blow over snow from guns set up on adjoining trails. I just don’t get it to be honest with you.

This is the last really busy, busy weekend for the season. It’s a tradition for skiers and snowboarders to use the three-day President’s holiday weekend for their annual trip to the slopes and with the conditions the way they are, I know it’s a busy one out there as I scribe this week’s column.

With the busy weekends out of the way and if you haven’t made any turns yet this season, don’t put it off. In other words, pack your vehicle and head to the mountains. I have already heard from some resort operators that plans are being made to close up shop in a few weeks.

I have a feeling that this is going to be another one of those seasons that ends with a lot more snow on the trails than skiers and snowboarders. Seriously, as soon as the flowers start to bloom in everyone’s backyards, the thought of playing on snow goes away quickly.

This all points to my main thought this week and that’s if you haven’t been to your favorite ski resort yet, you are running (or sliding) out of time. Just make sure your equipment is all tuned up, since the skis or snowboard probably has a lot of dust on them, if they haven’t been used yet this season. Just get out there and have some fun. By the way, lift ticket prices are going to be starting to drop soon and that does away with another one of your excuses. So, time is a wastin’, if you haven’t noticed.

Editor’s Note: This is a video capture of Joe Stevens and Winterplace Resort’s Tom Wagner from earlier in the week – “Talking Shop”.

Previous Post
Silvercreek at Snowshoe Mountain Grooming
Next Post
Another Sold Out, Packed House, Sunday at the Ski Resorts