This Weekend Was Epic for the Virginias 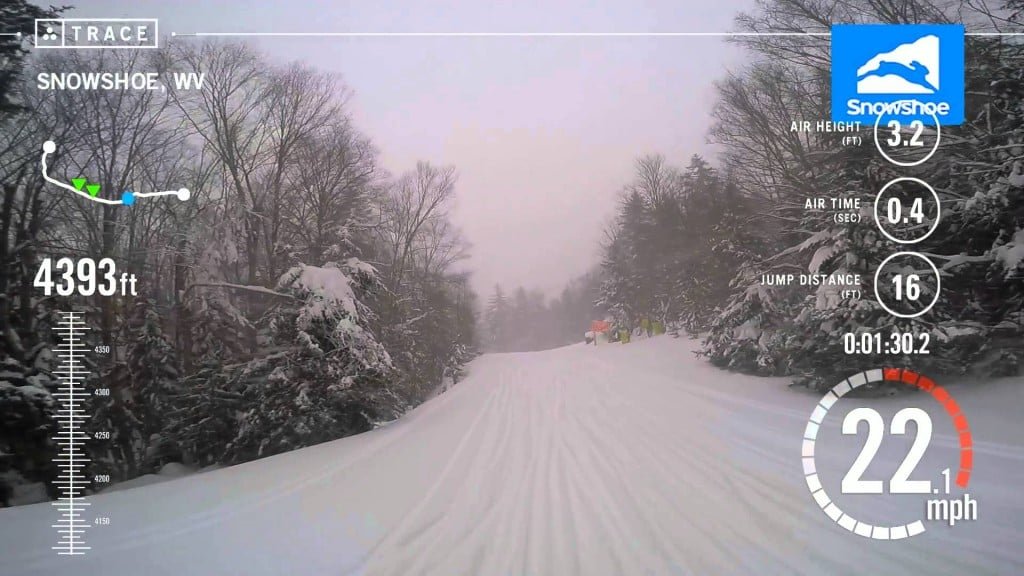 Massanutten Resort was in prime form yesterday after over a foot of fresh snow fell! Click to enlarge.

Holy crap.  That was the expression that came out of my mouth yesterday morning when I looked at the snow reports for Virginia and West Virginia.  Well, that wasn’t exactly what came out, but I have to keep things PG on here.  I knew there was going to be some powder up that way, but good grief I don’t think anyone was expecting 1 to 2 feet.  On Friday, I was talking about how the NWS was forecasting 3-7″ for the Virginia resorts and 5-9″ generally for West Virginia.  Uhhhhh, yeah I’d say the storm overperformed.

The final tallies for the weekend storm ended up being 24″ for Winterplace, 26″ for Snowshoe, and 12″ or so for every Virginia ski area.  Oh yeah!  I’m sure Saturday afternoon/night and yesterday morning were epic.  I almost cried myself back to sleep yesterday morning when I saw those totals.  I was THIS close to going to Massanutten for the weekend but decided to hold off for a few weeks until my girlfriend’s family could make it up there.  WHAT A TERRIBLE MISTAKE.  I missed what might be the best storm of the season.  I’ve yet to ride in any deep powder this year, but Saturday was fun at Beech.  The image below is from the lift ride early Saturday morning up there.  It was snowing hard for a bit before tapering off.

Last Week Was Crazy Good for the Virginias
So last week was VERY good for West Virginia and Virginia.  Winterplace saw 47″ of natural snow.  That’s almost 4 feet and it more than doubled their totals for the season.  They’re up to 80″ for the season now, which is still below their average of 100″, but we still have a month to go.  Check out the latest “This Week at Winterplace” video.  This was shot BEFORE the 2 foot storm.

Snowshoe received a whopping 39″ last week as well.  The last 5 weeks or so has just been insanely good up there.  They’ve seen something like 7 or 8 feet in the time frame.  I couldn’t believe they were actually deterring people from coming up the mountain.  It had to have been pretty gnar up there for them to do that.  My friend was actually trying to get up there on Saturday and didn’t even come close to getting up there.  He said he got within 6 miles of Winterplace and had to turn around.

I’m hoping Snowshoe and Winterplace post some videos and pictures on social media today from yesterday.  I really want to see just how deep it was.  EDIT: Found a couple videos on YouTube from Snowshoe on Saturday.  It looks so good!

Not to be left out, Canaan Valley and Timberline saw right at a couple feet of snow themselves last week.  It’s kind of odd when that area sees less snow than the southern part of the state.  Both are at 100% open now as Timberline was able to get their final few trails open.

Basically, West Virginia is killing it right now.  There’s snow EVERYWHERE.  There was so much snow that fell Saturday that an actual avalanche occurred.  Yeah, you read that right.  An avalanche in the Southeast.  Didn’t even know that was possible.  From wvva.com:

While uncommon in the two Virginias, avalanches can happen under the right conditions. The area received over 12 inches of snow earlier this week, and picked up 5 inches of heavy wet snow and sleet on Saturday.

According to Tazewell County 911 dispatch, Rt. 623, Burkes Garden Rd. is open at this time.

That’s crazy.  It doesn’t seem like a huge avy or anything (obviously), but the fact that any slabs of snow were deep enough to slide is impressive.

The Virginia resorts had themselves quite a week as well.  A foot of snow fell Saturday at each resort on top of snow that had fallen earlier in the week.  I know Homestead saw something like 14″ or so last Monday, so the 12″ they saw on Saturday puts them over 2 feet for last week.  I think everyone else was right in the 18-20″ range for the week.  When you look at their season totals on the SNOW REPORT page, you’ll see that all of the Virginia ski areas basically more than doubled their season snowfall.   IT WAS A GOOD WEEK.

While we didn’t see as much natural snow as WV and VA last week, conditions are still excellent down here in North Carolina.  Everyone is still 100% open with great snow and large base depths.  It looks like some light snow is expected throughout the week here as well which will just add to the stellar conditions.
SUMMIT TIME
I am so pumped for the weekend ahead as the 2015 Ski Southeast Summit is going down this weekend at Snowshoe Mountain!  We’re only 4 days away now!  I’ve been looking forward to this for months now and it’s finally here.  With all of the snow that Snowshoe has seen in recent weeks, conditions are going to be incredible.  A little bit of snow this week will only make things better.  So pumped!  In case you missed it, here’s the deals you’ll get if you join us.

20% OFF ALL LODGING THROUGH SNOWSHOE RESERVATIONS*
A 2 DAY LIFT PASS FOR $89! (THAT’S HALF PRICE SO BASICALLY SUNDAY IS FREE!)
COMP TICKET TO RUSTED ROOT ON FRIDAY NIGHT!
FREE (normally $20) ENTRY TO VIP SECTION FOR “BEATS ON THE BASIN” CONCERT (We’ll rope off an area inside the Junction…)
SATURDAY EVENING WELCOME RECEPTION (WINE & CHEESE) WITH SNOWSHOE PRESIDENT & COO, FRANK DEBERRY
FIRST TRACKS SUNDAY MORNING BEFORE ANYONE ELSE SKIS THE MOUNTAIN

Go ahead and make plans now because I think a lot of lodging on the mountain is already booked up.  The Ridiculous Pass is still on sale and I have a feeling there is going to be a lot of people taking advantage of it and using it for the first time this weekend, especially with all of the snow and events going on.

It’s going to be a good time!  Also, get used to seeing this as I’ve probably going to mention it every morning this week haha.

Everyone enjoy your Monday!

Previous Post
A BIG THANKS IS IN ORDER!
Next Post
A Nice Little Surprise This Morning for the Mountains of NC