A Nice Little Surprise This Morning for the Mountains of NC 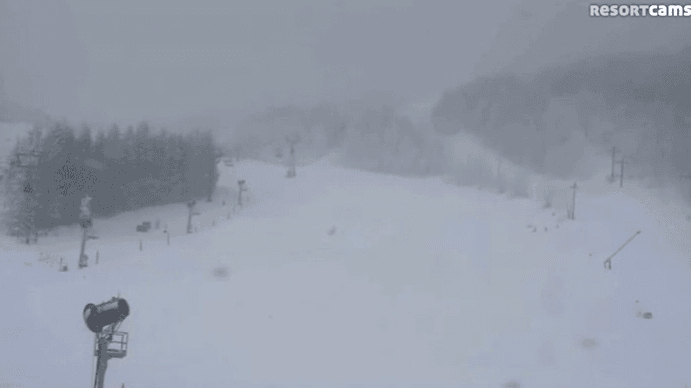 Well, isn’t this a nice little surprise this morning.  Snow was expected to fall here in North Carolina, but the system is overachieving and has caught many off guard.  Even down here where I’m at, right outside of Charlotte on Lake Norman, we’ve seen an inch or so of snow.  I’m looking at some CoCoRaHS reports from the southwestern portion of the state and some spots are at 5+ inches already with a couple of more inches that will probably fall on top of that.  Local Yokel Weather covers that area and you can see what people are saying on his Facebook page.

After writing mainly about West Virginia and Virginia yesterday and the bomber weekend they had, it’s nice to be able to talk about snow in North Carolina today.

Here are the current snow totals as of this morning.  I’m expecting the North Carolina spots to go up a little bit throughout the morning before the snow tapers off by midday.

I was looking at the webcams and it is DUMPING up on Beech Mountain right now.  Check out the screengrab I got below.

It should be a pretty fun day of skiing and snowboarding no matter where you go in North Carolina.  Mini-powder turns!  I was emailing Mike this morning and he said he’s already seen 4″ at his house and that it’s the prettiest snowfall of the season around his place.  I can believe that.  I may have some snow down here where I’m at, but the cams in the High Country look beautiful this morning.  I’m jealous.  They already had some snow on the ground, so this several inches of additional snow has turned the area into a winter wonderland.

There are some great turns to be had anywhere in the region right now.  It’s crazy how good it’s been lately.  The first half of winter was pretty much a bust in terms of natural snow, but the last 4-5 weeks or so I feel like I’ve been writing about a snow event at least twice a week every week….which leads me to our next snow event.  Now that’s a segway if I’ve ever read one.  Anyways, another system is going to track across the Southeast Wednesday night.  Like today, it looks like the North Carolina resorts and Ober Gatlinburg will benefit the most from this system.  I’m going to hold off until tomorrow to post any forecast numbers because there’s still a lot of uncertainty, but needless to say at least several inches is expected for NC and Ober.  Thursday is looking good.  I’ll talk more about it tomorrow.

So this is a pretty cool event that I felt was worth mentioning this morning.  Snowboarder Magazine is going to be at Canaan Valley tomorrow through Saturday.  If you don’t know, Snowboarder is pretty much the premier snowboard magazine in the industry.  It’s been around for a long time.  Here’s what Canaan says on their website:

Snowboarder Magazine Video ‘Sick Days’ Snowboarder Magazine and a team of professional snowboard riders are headed to Canaan Valley Resort! Professional snowboard riders and a film crew plan to shoot an entry of ‘Sick Days’ on the mountain this season. The 3-4 day filming event will have the pros riding all over Canaan Resort taking advantage of our new Terrain Park and any other feature they want to ride. The 3-4 minute segment to be aired exclusively on the Snowboarder homepage and showcase the best of Canaan Valley Resort. Please check back for more information.

I wish I could make it up there to see that event.  It should be a good time.  All of the recent snow in Canaan should provide some fun conditions for the pros.  Hopefully we can get some cool photos and videos!

Did Somebody Say Summit? 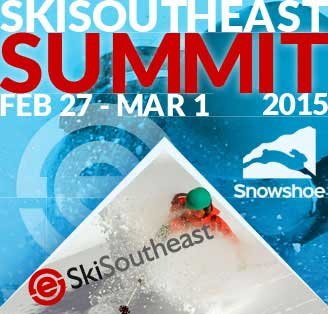 You knew it was coming.  Here’s your daily Ski Southeast Summit reminder.  We’re only 3 days away now!  I’m even more pumped than yesterday!  Here’s a recap of what you’ll get…

If you are still up in the air about what to do this weekend, look no further!  Call Snowshoe today and make plans to join us!

A note before I go, Massanutten just posted that they have lost power at the resort.  Just wanted to give a heads up on that if anyone is going out there today.

That’s it for today.  Enjoy the snow!