Things look Decent Today! What’s the Week Ahead Look Like? Beyond? 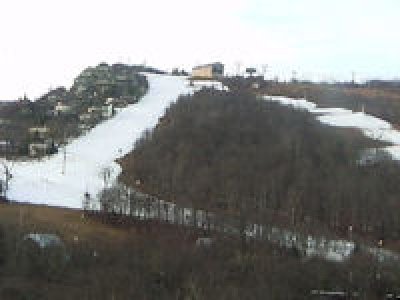 We'll talk a little weather and what to expect ahead…as well as current conditions, etc.

First – congratulations to David McCue who won FOUR FREE LIFT TICKETS TO BEECH MOUNTAIN on Saturday. (David if you are reading this we will call you on Monday to get the address to mail them to.)

Krysty Ronchetti, a PR Rep for Snowshoe Mountain sent me a press release late on Friday that was very encouraging. (You can see the entire PR by clicking here —>>> Snowshoe News

The main thing to take away from that release is the fact that it fully supports what we suggested before the first snowguns ever cranked up this season. We believe that there is a lot of pent up desire to hit the snow this year. Last season's poor weather and a somewhat improved economy seem to be driving that desire to play in the snow.

Krysty stated, "…the resort celebrates its largest turnout for an opening weekend in over a decade with over 73% more skier visits than their opening last year."

Snowshoe got a lot of help from mother nature when they saw 28" of natural snow and then temperatures that have been a bit colder than most of the rest of the region. Snowshoe's snowmaking crews took great advantage of that and our Kenny Griffin can attest – firsthand – to the fact that conditions were amazing up there this past Wednesday and Thursday.

Ronchetti added, "While other ski areas are slow getting open, Snowshoe was able to open over 40 acres of skiable terrain, as well as simultaneously open Silver Creek – a joint opening that has not been done in several years."

Snowshoe has Silver Creek closed from now through Thursday and will get that back open for next weekend.

Another sign that skiers and snowboarders are ready for a great season is the fact that Snowshoe's Season Pass Sales are up 44% from last year!

CURRENT CONDITIONS AND WHAT TO EXPECT FOR THE WEEK AHEAD…

We'll try to take a peek at how things might look as we get closer to the all-important Christmas to New Years Holiday week skiing and snowboarding forecast. That's obviously a little far away, but we're getting a lot of emails about that.

However, let's first get to the Ghost of Christmas Present…and maybe the week ahead 😉

From now through about December 9th – don't expect things to look very wintry. In fact, there's not much question that temps will be in the non-snowmaking range today through MAYBE Thursday night when Beech and Sugar should be able to make snow. For all of the rest of the ski areas in North Carolina, Tennessee and Virginia, we don't think it will be cold enough to make snow. Beech and Sugar will only be able to do so on Thursday night…and then not again until perhaps Sunday night, December 9th.

That means that what we're seeing right NOW on the slopes will be slowly going south. Those resorts that are open will have to fight to keep decent conditions. So go ski or ride NOW if you want to get the best snow from now through Sunday, December 9th.

As has happened thus far this early in the season, things will be a notch colder at Snowshoe, Timberline, Canaan, Winterplace and Wisp Resorts.

Wednesday night looks to be plenty cold at 22° to make snow, but that's kind of IT for those ski areas through Sunday, December 9th as well.

You guys and gals will have to pay attention to all the LIVE CAMS we share on www.ResortCams.com to see the best of the best.

THE GHOST OF CHRISTMAS FUTURE…

We'll have to get more input from our Weather Gurus on Monday, but from what we're seeing things look good for later in the month as we ease closer to the official start of winter – which is December 21st.

Long range forecast models show more normal temperatures for this time of year to be coming in Monday, December 10th. While there's nothing frigid on the immediate horizon, there are some nighttime temps cold enough to make snow with Beech and Sugar looking at mid to upper 20s for Dece 10-11th.  Anything forecasting past that is based on historical data, however historically things begin getting plenty cold at night with average nighttime temps of 22-23° around the highest elevations of NC.

Snowshoe and the WV ski areas should see temps that are a notch colder Sunday night (December 9th) of around 28° with some chances of snow. Monday and Tuesday of that next week are looking plenty cold enough for snowmaking as well.

Past that date, average highs of 34° and lows of 19° would be hoped for to say the least.

WHAT DOES ALL THIS MEAN FOR THE HOLIDAY SKI CONDITONS? 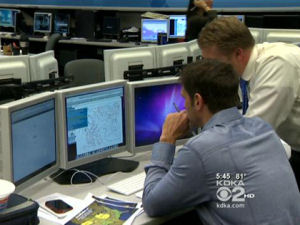 Again we'll try to get you some additional experts to weigh in this week, however here is what KDKA-TV Chief Meteorologist Jeff Verszyla of Pittsburgh, PA had to say pertaining to what he expects for December.

He starts off talking about the STRANGE BEHAVIOR of the current El Nino.

“The strange thing about this El Nino is it’s kind of acting abnormally. Usually, you see a peak in the El Nino in the November-December time period. Well, it looks like we’ve actually seen our peak already in September and October.”

In the past, weak and fading El Ninos have produced stormy weather along the east coast and later, lots of snowfall.

As the saying goes, “One of the best predictors of the future is the past.”

So, another factor to consider is that long, hot summer we just had.

Will all that high heat across most of the country have an impact?

The short answer is: Yes.

According to Verszyla and Accuweather's Paul Pastelok, “It takes a little time to get it going, getting that cold air sinking southward out of Canada. And I think all those factors from this very warm summer that we saw and the placement of air masses right now will have an impact on the start of this winter season,” Pastelok said.

So how does Verszyla see this winter shaping up?

December will be sluggish out of the gate, but winter will gain some momentum late in the month. Overall, temperatures for the month will be very close to normal with a snow accumulation about normal to perhaps a little more than normal.

Editor's Note: Joe Murgo of Altoona Pennsylvania and Jeff Verszyla of Pittsburg often weigh in on Winter forecasting that effects the ski areas of West Virginia and Maryland. If WV and MD would expect near normal temps and snow, then so should most of our coverage area further South into North Carolina.

SO THE SHORT STORY IS…

Don't fret the milder-than-normal temps we're seeing right now. Make your reservations for Christmas and beyond because this winter looks to be one that will be VERY back loaded. While it might take a little time cranking up, we'd expect some cold temps into the 20th-31st period and then things should shift into four-wheel drive for January and then from all expectations, February could be one of the coldest, snowiest months in a long time.

According to Jeff Verszyla, Punxsutawney Phil might be better off staying in his stump because February looks to bring the worst this winter has to offer.

Have a great Sunday. Tonette Fisk and Kenny Griffin will be your guides this week. Check back daily to see what we're giving away via our 25 Days of Christmas Giveaway!