The “Last Run” of this ‘Groundhog Day’ Nightmare Plays Today Only!?!? 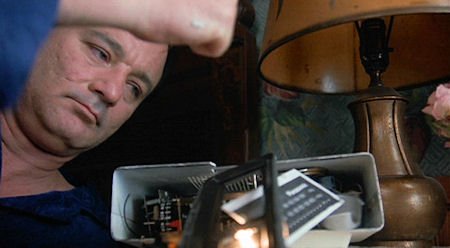 Hopefully this “Groundhog Day” nightmare weather pattern that we’ve been in will have only one more day of ‘airtime’ and we’ll see old man winter make his first real appearance to the region.

Unlike the movie, Groundhog Day, where weatherman, Phil Connors found himself in a time loop, repeating the same day again and again WITH COLD WEATHER AND SNOW…we’ve found ourselves in a time loop of sorts where “late Spring or early Summer” has been playing day after day after day.

According to our own “Phil Connors” – I mean Brad Panovich – that time loop may finally be broken and cold weather will be with us. We can hope that’s the case for the rest of winter and perhaps into early April.

Check out Brad’s Skier’s Forecast for December 30th…by clicking below:

A Couple of Notables for today…

Two ski areas in the Southeast and mid-Atlantic ARE OPEN FOR SKIING AND SNOWBOARDING. Those are:

Wisp Resort with ONE TRAIL open for day sessions.

It IS important to know that MANY of the region’s ski resorts ARE OPERATING with lots of “other-than-snow-sports” activities. We’d suggest looking at your favorite ski area’s website as most have alternative fun planned until the snowguns crank up.

I can tell you from a personal viewpoint that those “other than snow activities” have been very welcome and popular choices for guests who kept their reservations and who are in attendance for this Holiday week at ski areas across the region.

I am playing at Snowshoe this week and from the moment we knew that the ski slopes were closing we began looking into things like the RZR tours, Backcountry Hut and Sporting Clays. ALL of those activities have been fully booked up. Snowshoe is also providing guided hikes around the mountain as well.  So check out what is available at your favorite hill and head on up!

I have to share the fact that although we were only able to ski on Sunday, the vacation here at Snowshoe has been nothing but awesome. I know that all of our ski areas took a huge financial hit not being able to operate their slopes and I really hate that for them, but I will have to admit that it has been awesome here at Snowshoe being able to walk into any of the restaurants and shops at 5pm or so and get a table without the normal 1-2 hour wait.

We had a really great “chill day” on Tuesday as we did a little shopping and visited The Big Top for a bit. We played games in our condo and took in a couple of football games. All in all an awesome day.

As of this writing (9:25am) it is partly cloudy out…however today is forecasted to bring a bit more rain across the region with from 60-80% chances of light rain. At this point – who cares? The addition of another quarter-to-one-half-inch of rain isn’t going to make any difference to the slopes of the region. Almost all of the skiable terrain is washed away at this point anyway.

I think that I speak on behalf of all of our ski resort execs and most of you guys when I say that we are thinking and praying for all of those people who have been affected by Winter Storm Goliath. As of this morning 22 people have lost their lives by winter floods across Missouri, southern Illinois, eastern Oklahoma and Arkansas.

I think we’ve been blessed with this mild, wet weather. It’s all about perspective, right?

So the “reboot” of the 2015-2016 ski and snowboarding season begins this evening and Thursday across the entire region. I know that we are ALL looking forward to hearing the roar of snowguns powering and powdering our slopes with precious manmade snow. We’re also looking at the potential for a little natural snow and the great news is that we’re seeing increased chances for significant snowfall during the period.

Right now we’re hearing some rumblings that some ski areas MAY be able to make enough snow to open as early as Saturday, Sunday and/or Monday and we will update you guys on that as soon as snowmaking begins in earnest AND as soon as the ski areas begin making those re-openings known to us.

Some of the ski areas will get colder and more “snowmaking-friendly” temperatures – so we will update you as we become aware of conditions at each ski area.

We received a press release from the great peeps at Timberline claiming that they are the only resort open in the region with slopes open. I guess that is kind of true if you want to be technical with the word “SLOPES” as Timberline has two SLOPES (with an “s”) open while Wisp Resort in Maryland has a SLOPE (without the “s”) open.

Regardless…thankfully, mercifully it appears that this Groundhog Day nightmare weather pattern is ending and we only have to endure one more day – TODAY – of this mild, wet weather.

NOW let’s hope for some consistently cold weather and lots of snow for the majority of the rest of this season.