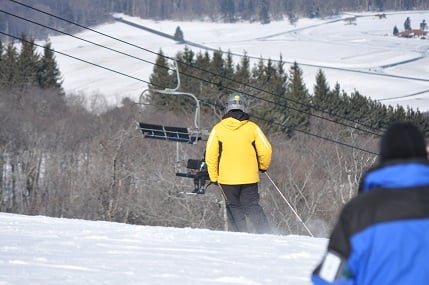 DAVIS, W. Va., Dec. 30, 2015 – Canaan Valley Resort in West Virginia’s Allegheny Mountains will reopen its ski area on Jan. 6, 2016 in anticipation of the predicted return of seasonal temperatures and snow to the picturesque valley, a popular getaway for travelers from Washington, D.C., Pittsburgh and other regional locations. The resort will initially open seven slopes and trails from the top as well as Critters Crawl, a dedicated beginner instruction trail serviced by its own magic carpet.

An additional two trails will open in time for the Martin Luther King holiday Jan. 16-18. The ice skating rink and tubing park will also be open during the popular holiday, which many skiers turn into a long weekend of outdoor fun.

Weather reports call for a return of temperatures cold enough for the resort to fire up its snow guns beginning on Thursday, Dec. 31, and natural snowfall is predicted to begin on Friday, Jan. 1. 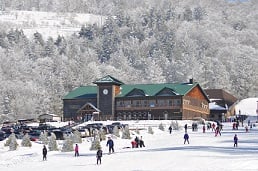 The Bear Paw Lodge is the center of activity on the hill.

The resort will close the back nine of its 18-hole championship golf course Dec. 30. The course was temporarily reopened over the Christmas holiday. The resort’s sporting clay shooting range will remain open through Jan. 3, weather permitting

“After a slow start, it will soon begin to look like the winter playground that it normally is this time of year,” said Steve Drumheller, general manager of Canaan Valley Resort. 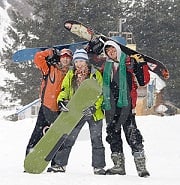 Boarders and skiers are eager to hit the slopes.

The ski area typically has an average annual snowfall of more than 180 inches. It features 47 trails and slopes with 20 percent beginner runs, 26 percent intermediate and 44 percent for advanced and expert skiers. New this year is the addition of glade skiing. The highest mountain valley east of the Rocky Mountains, the 15-mile-long Canaan Valley has a summit elevation of 4,280 feet above sea level. The resort features 91 skiable acres, three lifts, lighted night skiing on weekends and holidays, a terrain park, ski school and equipment rentals.

The resort is also home to the longest tubing park in the Mid-Atlantic region as well as a covered outdoor ice skating rink. Cross country skiing is also available.