The Last Day of Winter

Well here it is, the final day of winter – and what a heck of a winter it has been.  I can certainly tell the end of the season is near, as the resorts are becoming very relaxed with updating their morning slope reports.  During peak season they would have the reports updated by 7am easily, now I’m having to wait ‘til 8:00 or so for some of the resorts to get around to it.  ‘Tis life I suppose.

I thought it would be cool to revisit the Old Farmer’s Almanac's prediction for the winter and see how we did.  As a refresher, here’s what they said back in the fall.

I believe everyone is with me in that they got it right as far as it being colder than normal.  We have really been blessed with pretty consistent cold temperatures.  Many of the resorts started the season out earlier than normal and with records amount of snow on the slopes, and throughout the season we really didn’t have the big thaws we’ve grown accustomed to.  With few exceptions, the temperatures have been very favorable for snow making and keeping what is on the ground there.  We saw weeks upon weeks of over 100” bases at a number of our member resorts.  And let’s not forget about the arctic blast we got in February, which just crushed quite (*) a few low temp records.  All in all we have been, and continue to be, blessed with below average temps.

They also pretty much nailed it with regards to the overall snowfall prediction.  We did have above normal snow, which is a bit of an understatement – it has been phenomenal.  Many areas of the Southeast and Mid-Atlantic have had more snow than they’ve seen in 8 years.  As an example, here in the North Carolina High Country our average snowfall is 35-38”.  Looking at the totals for this year, Appalachian Ski Mountain has seen 43”, Beech Mountain 82”, and Sugar Mountain 88.5”.  That falls under the phenomenal category I believe.  The Almanac came pretty close with the timing as well.  February was a really good month, which is typically the case but this year it was REALLY good!

I mentioned in yesterday’s First Trax that this time last year we had 11 member resorts open compared to the 14 we have right now, and we’re still going strong. We might just have 13 open resorts as it appears that the Homestead is closed for the moment – we’ll try to get that confirmed.

It’s been a good year for sure, and there is more to it.  While today is going to be pretty wet, a couple of the West Virginia resorts have a chance for the precipitation to switch over to snow tonight.  Plus, there’s another cold front that should hit us starting on Sunday with a [slight] chance of snow on Tuesday. 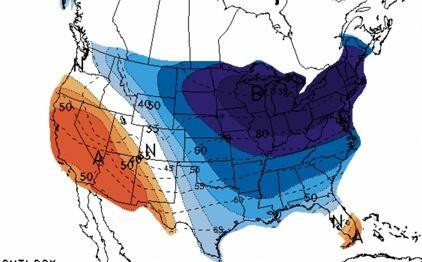 So, we’re not done yet!  While I don’t expect anyone to fire up the guns, it will certainly help keep what we have around a little longer.

A week or so ago we mentioned that Jason Seal, the chief snowmaker up at Massanutten, is one of only six nominees for snowmaker of the year by SAM – the Ski Area Management Magazine.  It is an amazing honor just to be recognized, and now the voting has begun and we have the chance to push Jason over the top to win it.  In case you missed it, here’s Jason’s interview with SAM and here are all the nominees.  Jason is going up against snow pros in Colorado, New Hampshire, Maine, and Pennsylvania.  This is our chance to show them up and to highlight the Southeast and Mid-Atlantic ski resorts in a big way.  You can cast your vote for Jason and Mass here.  Let’s get behind Jason and show Loon Mountain, Breckenridge, Steamboat, Sugarloaf, and Roundtop who the boss really is!!