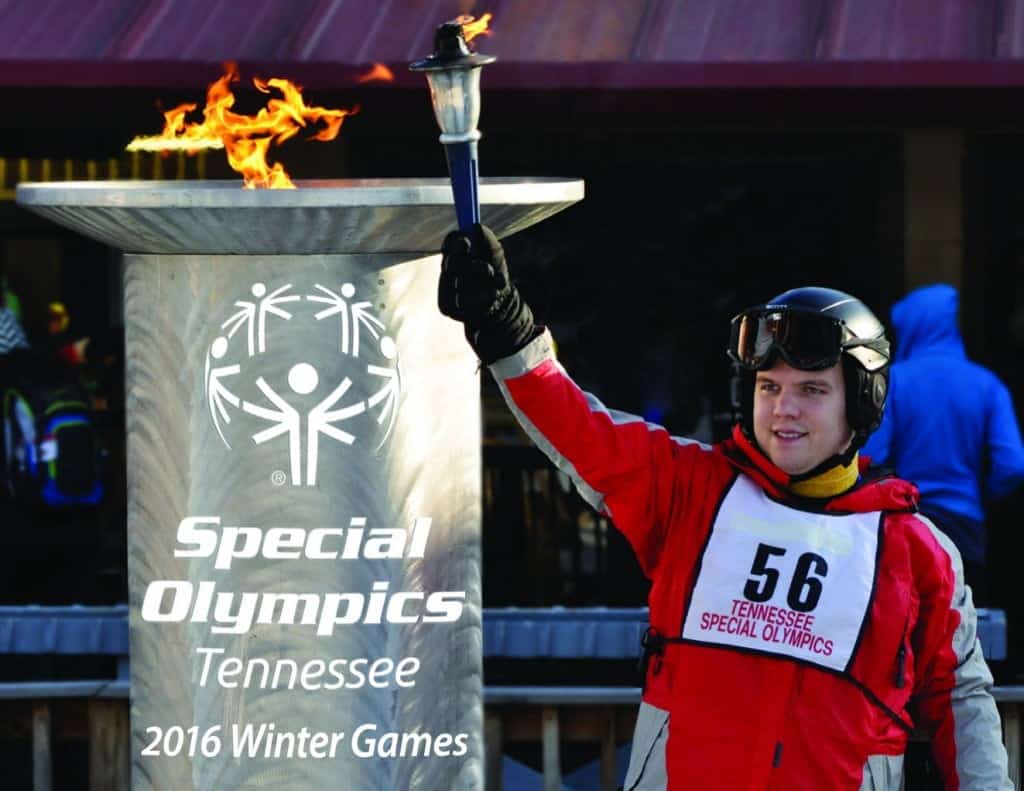 (Gatlinburg, TN) Special Olympics athletes from around the state are waxing their skis and snowboards, and sharpening their ice skate blades in preparation for the Special Olympics Tennessee Winter Games to be held January 31st – February 2nd at Ober Gatlinburg.

Over 150 athletes with intellectual disabilities will compete in Alpine skiing, snowboarding and Speed Skating in divisions based on age and ability. According to Meg Takahashi, Director of Competitions, “Thanks to individuals, organizations and businesses in and around Gatlinburg, the Winter Games will be a great event. Our athletes look forward to their Winter Olympics all year!”

On Sunday night, the public is welcome to witness the traditional Opening Ceremonies from 6:45pm – 7:15pm at the Gatlinburg Convention Center. Here they will witness the March of Athletes, the Special Olympics Oath, a welcoming speech, and the presentation of the colors. The traditional lighting of the Special Olympics flame will take place on Monday morning at 9:00am at Ober Gatlinburg.

Previous Post
More Cold and A Little Bit of Snow Tonight
Next Post
A Little Snow This Morning, Lots of Sunshine for the Weekend