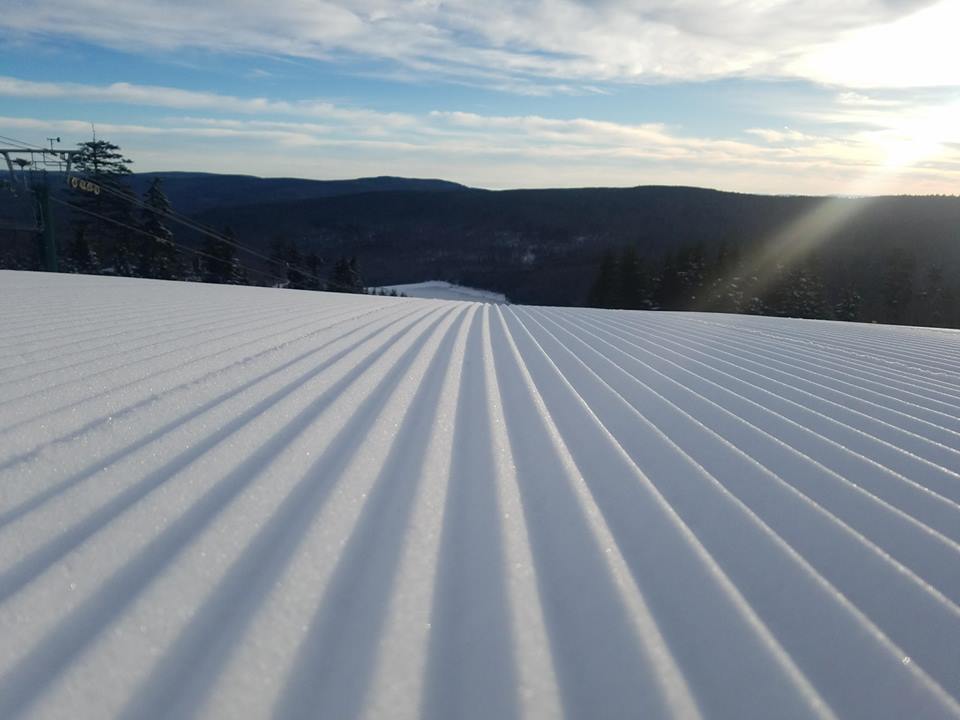 It’s the next to last Sunday of the season, and the final day for a few ski areas in the region.  Yesterday’s weather system delivered light snow amounts for some resorts and one lucky ski area will be enjoying a powder day to end the season.  Above average spring conditions can be found at any open resort in the region right now.

Mike texted me this morning and currently has no power, so I (Kenny) am going to do a brief update this AM.  The North Carolina High Country saw a mix mash of weather yesterday, with snow to start the day before it changed to sleet and freezing rain in the afternoon.  I’ve seen some pics on Twitter where a nice glaze can be seen on objects.  As a result, many people in Watauga County are without power right now, including Mike.

That snow in the first half of the day probably made for some fun turns at Sugar and App Ski Mountain though.  Sugar is reporting 3″ of snow while a CoCoRaHS station right near App is reporting 4″.  Sugar will continue on this week, but today is App’s final day of the season and the fresh snow should make for a fun time out there as they hold Day 2 of their Meltdown Games.  As for the other open North Carolina ski area, Cataloochee, the snow didn’t make it down that way but like Sugar they will continue on and remain open this week.

The big winner with the storm is Winterplace.  They were in the sweet spot for snow and are reporting 8″ of snow out there this morning.  I am incredibly bummed this morning as I was planning on going riding out there today but my friend had to cancel on me last night.  I watched the radar and webcams out there all day yesterday in anticipation of getting a final (powder) day in this year.  Alas, it wasn’t meant to be.  Powder days have been few and far between for me this season.  The 8″ of fresh snow should make for an amazing final day of the season for Winterplace. 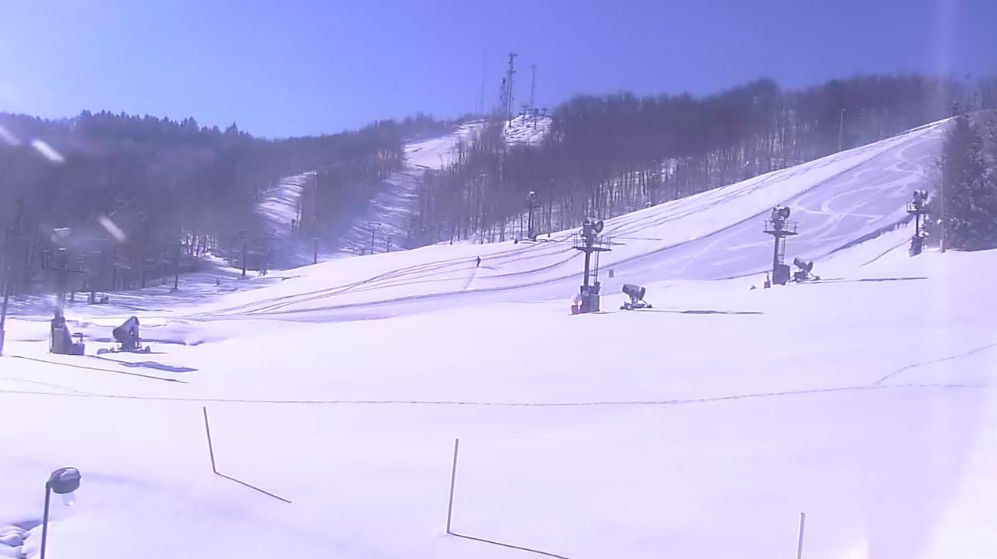 A bluebird powder day to end the season for Winterplace. Doesn’t get much better.

Outside of Winterplace, App, and Sugar there isn’t anymore natural snow to talk about this morning.  The precipitation gradient was very sharp and cut off in the southern part of West Virginia.  The flakes didn’t make their way up to Snowshoe, but they’ve seen their fair share of snow this month so don’t feel too bad.  The Shoe remains open with just about every run in the basin area ready to shred.  Upper and Lower Shay’s opened back up yesterday as well…ungroomed.  I’d imagine those first few runs were pretty sweet.  Snowshoe is open for another week, with next Sunday, April 1, being their final day of the season.

Over in Virginia, Bryce Resort continues to chug along.  They’ve made it official and will be open daily through Saturday, March 31st.  Massanutten is supposed to be open today and tomorrow.  I say supposed to because their site says they are having issues this morning due to a water main break and are hoping to open up later today.  I’d check ahead if you are planning on heading out there today.  They’ll be closed Tuesday-Thursday of this week and will open back up for Easter weekend.  That’s weather dependent of course.

Finally, Wisp Resort in Maryland is open today and tomorrow.  They’ll be closed Tuesday-Thursday as well and will re-open on Friday with next weekend being their last hoorah.  Wisp launched their “Mission: Affordable” season pass sale today.  From now through April 15, $269 will get you an unlimited 2018/2019 season pass.  If I’m not mistaken, that’s the second cheapest season pass you can get in the region, only behind Snowshoe’s Ridiculous Pass.

So today is it for a couple resorts.  We’ll be down to six open ski areas tomorrow and then have some mid-week closures.  The final week of the season is upon us, people.  Get it while you can.

Enjoy the final day of the weekend and check back tomorrow as I’ll take a look at what we can expect in terms of weather for the week ahead.