Massanutten’s still making the most of March 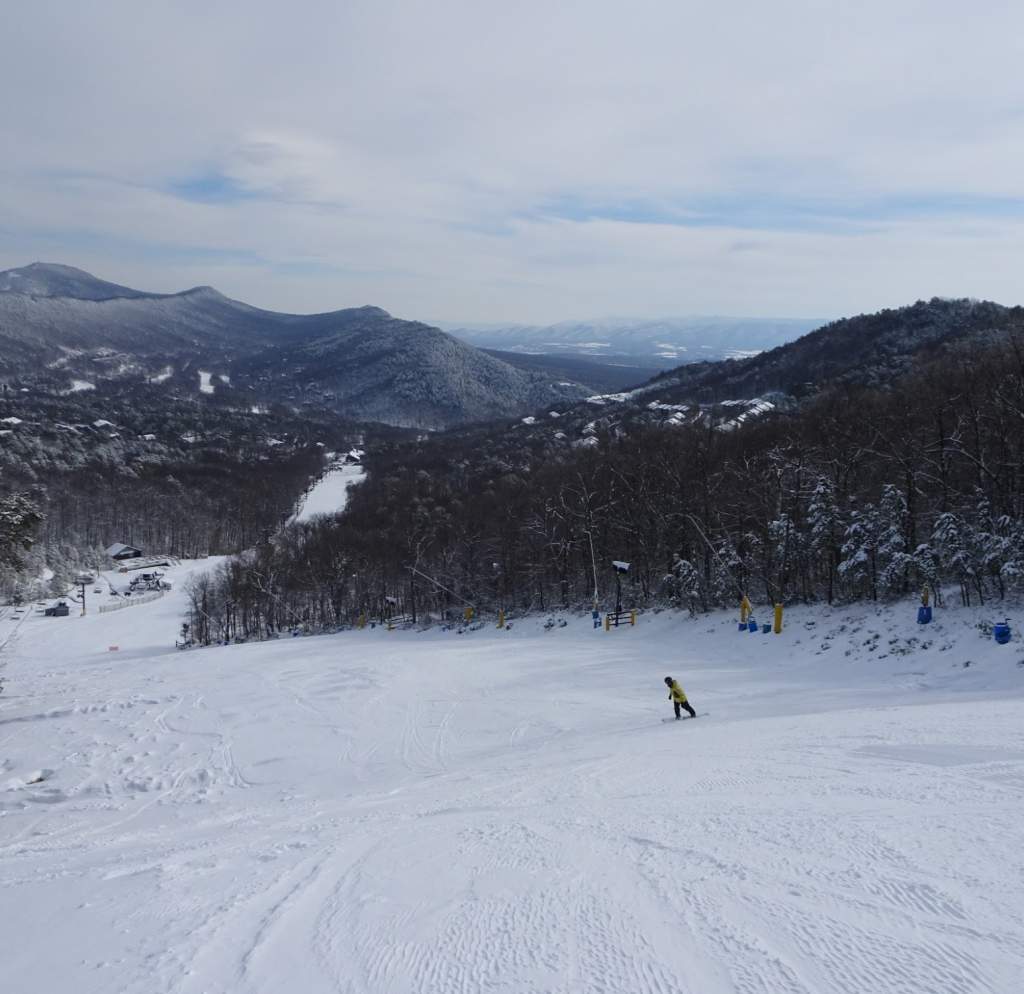 I closed out my season yesterday.  Those are six words I hate to type.  I won’t dwell right now on the painful fact that I have skied my last day of the 2017-18 season; I will weep quietly on my own over the next few days. From my demeanor friends will know that I am coping with some kind of personal tragedy and will have the good grace to let me grieve in my own way.   I’m thinking of a small shrine for my season now passed that I will assemble on the mantel, with trail maps, tickets, and a digital picture frame that will continuously rotate the ten thousand pictures I obsessively shot during the last four months. I do not actually have a mantel but may busy myself by constructing one out of the the equipment I wore out and must retire after a lot of close encounters with rocks, land sharks and I think on one occasion, a brass pin from the USGS survey. This will have therapeutic value during the summer months whose hot and ghastly breath I can already feel approaching. 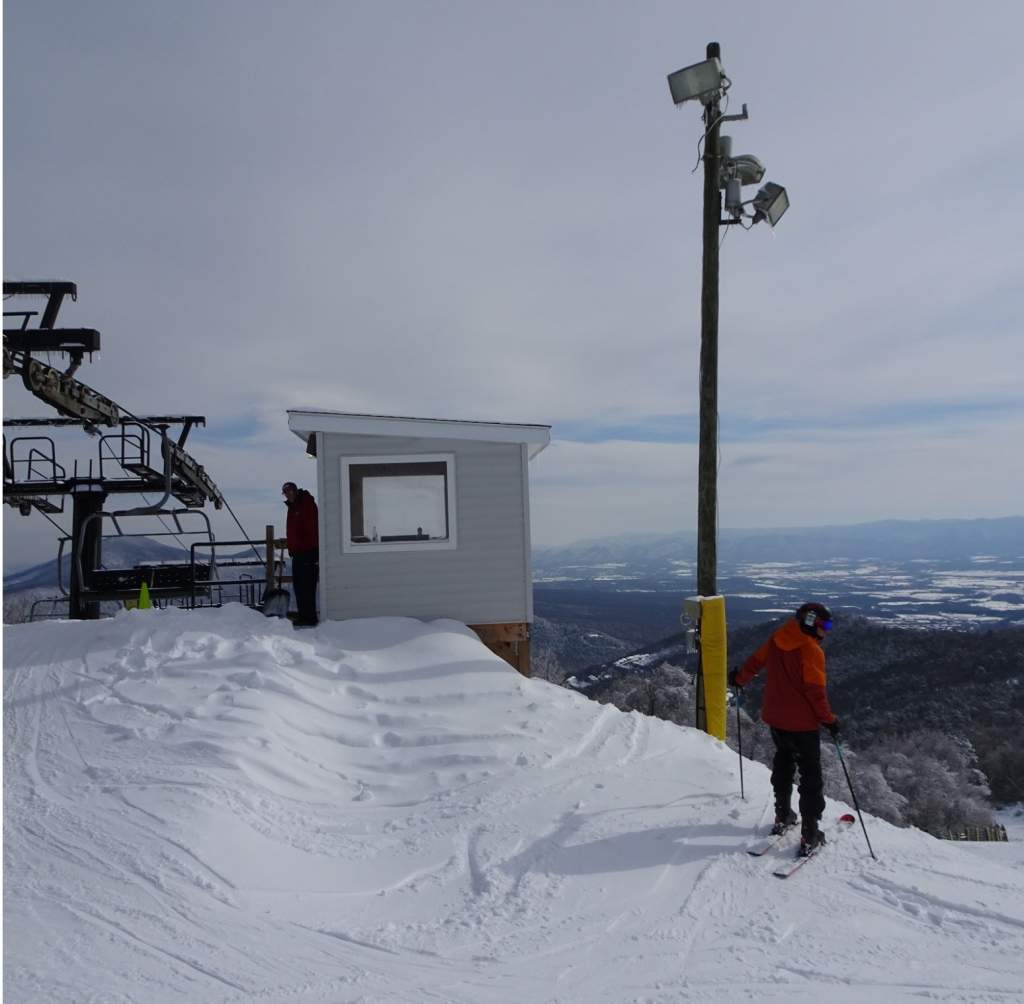 But enough about me let’s talk about you for awhile, you and the remaining open resorts.  There are still several in the region not just still standing but looking good. I chose to go to Massanutten yesterday, which was an excellent call and while I am done for the season, they are definitely not.  They survived the February thaw and fought aggressively to take advantage of natural snow in March and to keep firing up snowmaking when temperatures allowed. That is a bold call at the end of the season because fighting that good fight isn’t cheap but it has yielded great late season conditions. 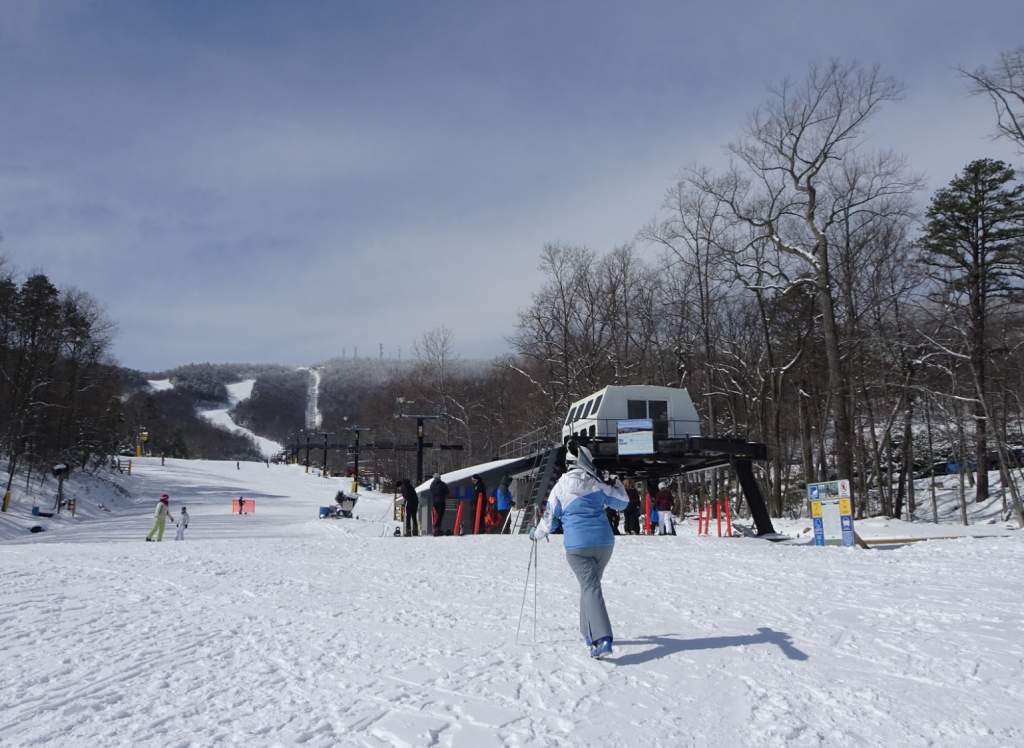 It is available to the top! Click to Enlarge! 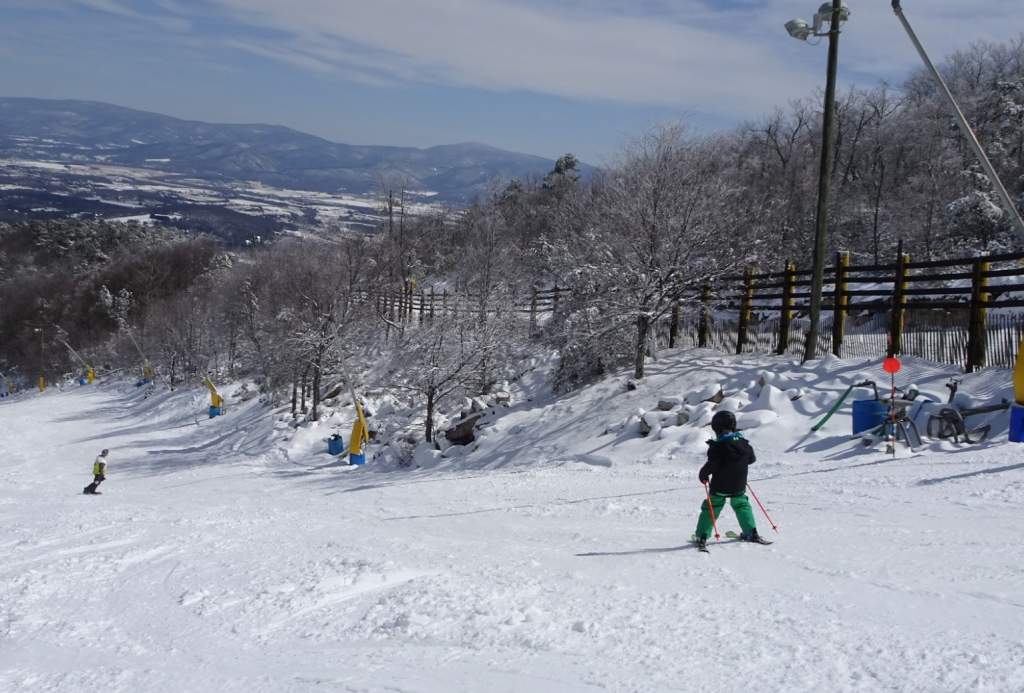 I was told by folks who would know that Massanutten will continue nighttime snow making at least through this weekend. They are open this weekend including Monday and intend to be open into April if they can keep providing good runs for us to ride.  So support them if you can, or any one else in the region that is keeping the season alive. It is a four hour drive for me from central North Carolina but it’s always worth the effort. Thursday’s runs were great, wind blown chop on the sides from 36 hours of natural snowfall was my preferred element; but the wide, groomed portions of all open runs were flawless, without any dirty patches despite it being the end of March. 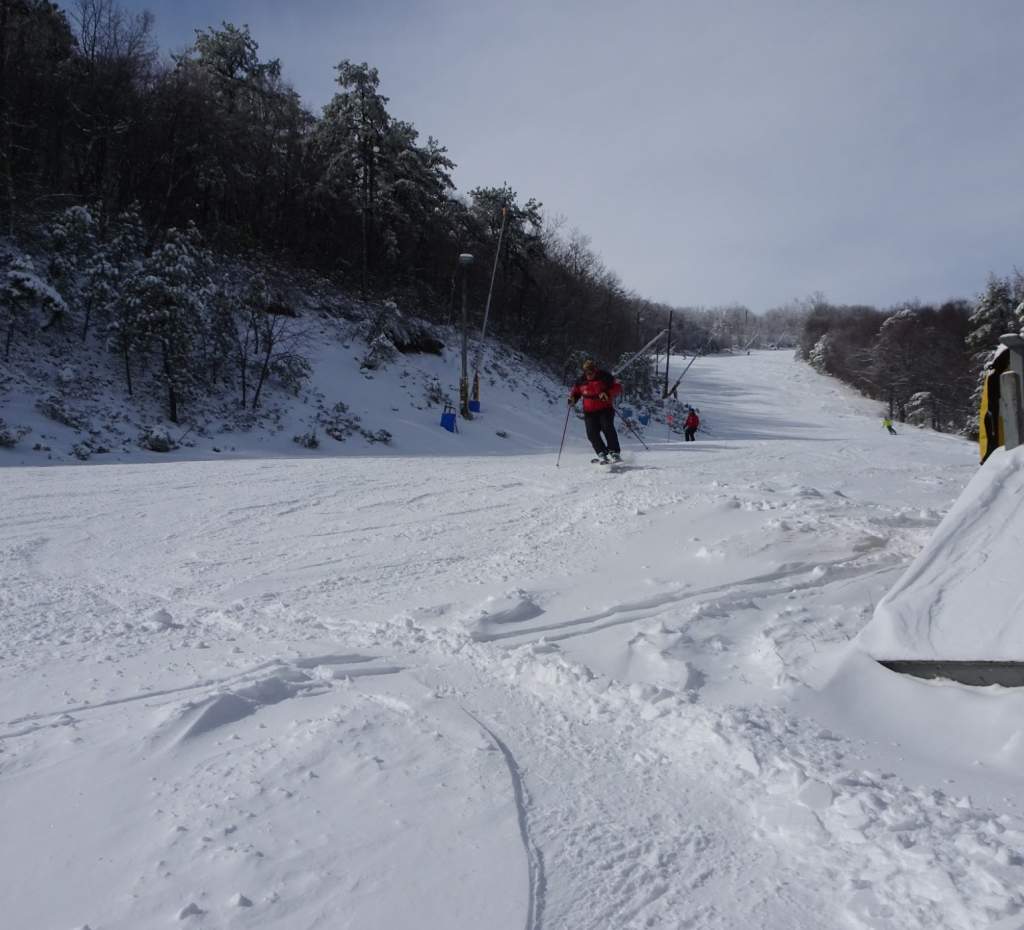 It’s not all work. An uncrowded morning for Ski Patrol

A few final thoughts, prices are currently $46 dollars for an adult all day, that’s until 5 pm, an hour longer than many others which is nice if you get there late. If you have a pass from any other area bring it and get a $25 dollar rate.  Late season crowds are always light and the lower mountain is a great learning area, one of the longest and widest low angle runs I know of in the region. The two upper lifts are steep and run at a swift mostly uninterrupted speed. Generally they allow the sides of those runs to bump up which offers some variety for better skiers.

The location and topography of Massanutten is also interesting.  I’m a fiend for Google Earth and topo maps, and will become more fiendish as the summer arrives and all my skiing will be virtual.  By the way, would anyone like to sponsor me on a summer trip to Chile or New Zealand? I realize that is probably not something you have considered but I really think you should.  I would build a mantel for you out of the equipment I wreck on the trip, quite a conversation piece. But in the meantime pull up Massanutten Mountain, it projects like a ship’s prow into the valley above Harrisonburg and it’s always striking to approach. A large bowl is scooped out on the inside, which has the effect of gathering and protecting the snow. 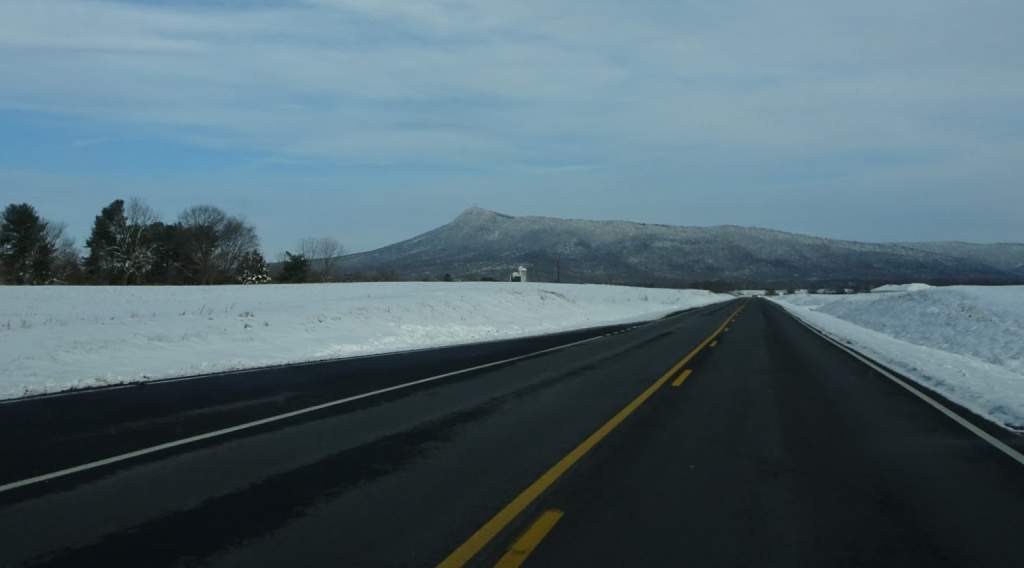 The mountain from afar 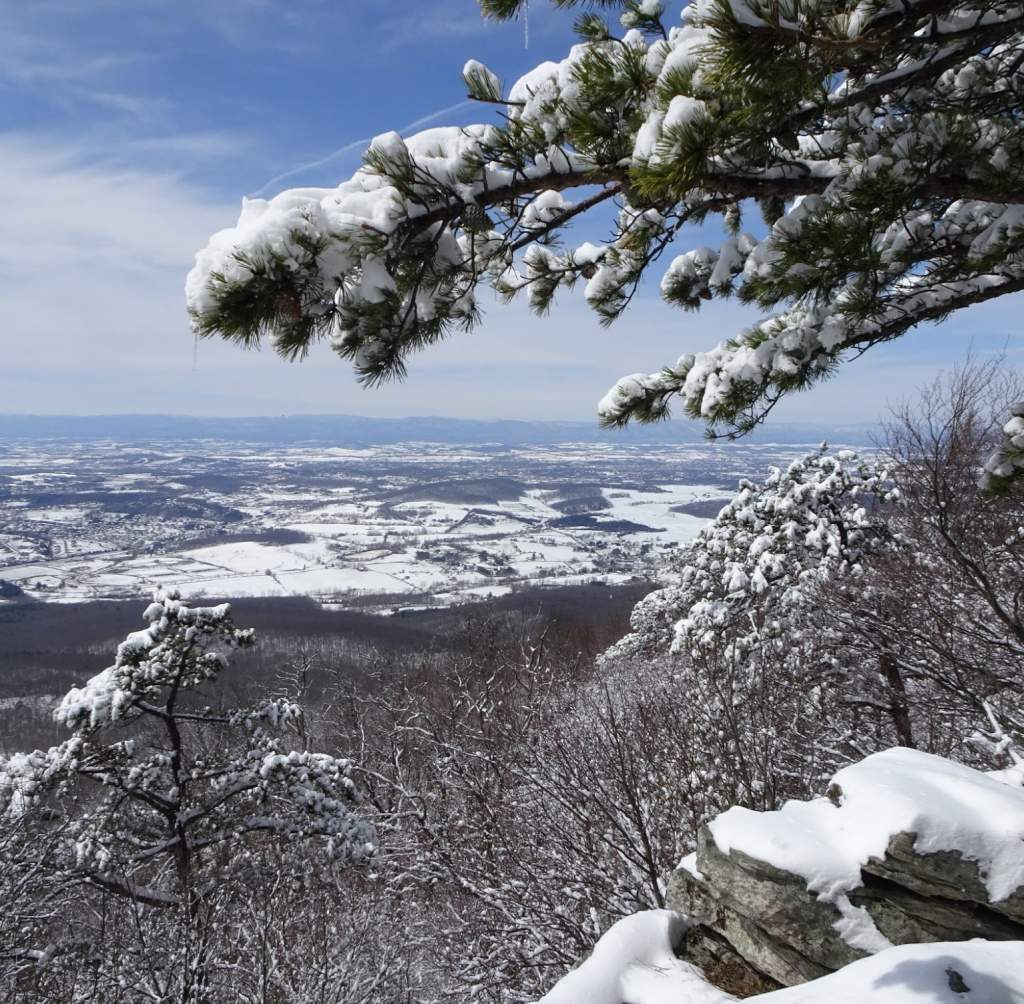 View from the top

This trip I also clambered up to the top under the Communication towers and looked down at the valley below.  There is a paraglide launch point there I’m told, as there is at Canaan Valley, and while I didn’t find that, I did find spectacular views.  That’s a good thing about last days, you are willing to look around and relish things a little more or even take a short snowy hike. 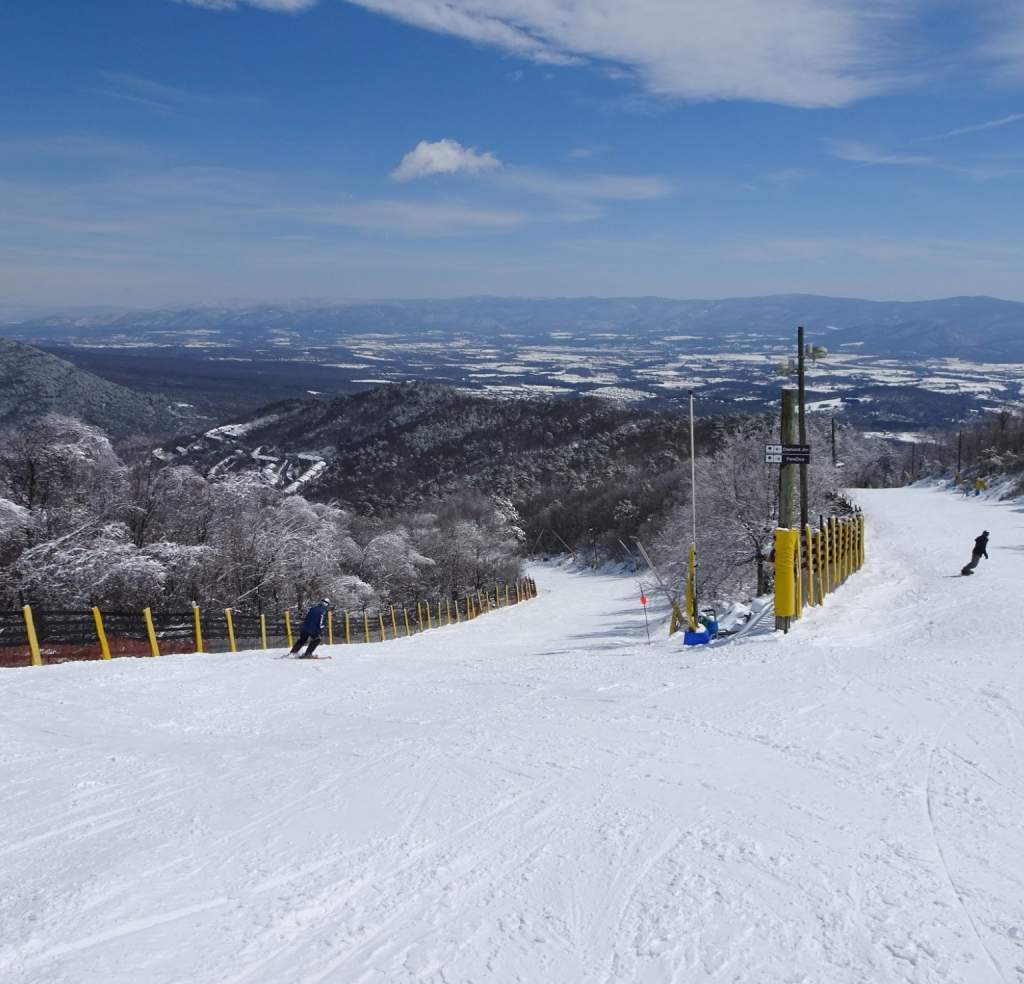 There are still plenty of choices to be made