Snuck away from work a little early on Tuesday and jetted up to Boone with a co-worker to make a few post holiday midweek turns. We hit up Sugar for the night session which started a little dicy/icy, but ended up being alot of fun. The firm conditions made for some quick runs and the minimal crowds made the slow lifts a little more bareable.

The conditions improved a little after the few of us broke up the top layer of crud. And we didn’t have any problems with any of the lifties, they were all very nice which is typically what I’ve experienced… the ticket scanning was a little annoying though

Wednesday started off rainy & glooming in Boone, but we were already this far so headed on up to Beech for the $25 day session. Passed by Sugar & the top of the mountain was in a fog, so getting a bit worried about the conditions at Beech.

Oz was showing a few thin spots on the sides, but after 1 run down the magical terrain the rain stopped We were able to get in a few more hours before it started to rain again. The better runs were on White Lighting & Southern Star even though it was tough to see more than 40 yards past your nose.

Had a great day despite the conditions, but decided to give up after the rain set in.

Also on a side note: becareful where you park in Boone… even if your buddy says that his apartment complex rarely enforces the parking! We pulled into my friends friends apt complex for 10 mins. to change & pack up and low and behold we come back out to find a boot on his car! Yeah, $60 & an hour later we were on the way home… we probably would have noticed if they had pulled up in the tow truck, but the sneaky lil b’s rolled up in a tahoe… grrrrrr, so watch where you park and if they have a sign at the entrance keep a close eye on your ride!
Click here to view more photos. 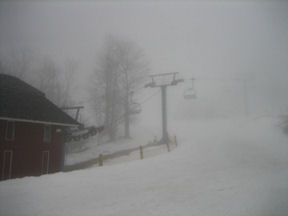 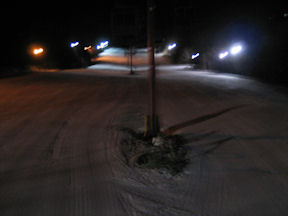 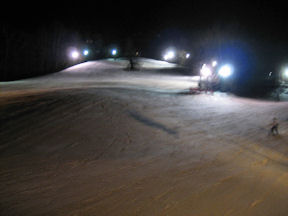 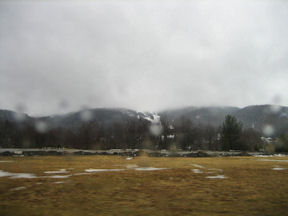