Some Natural Snow to Begin The Week

Today’s featured image is from Beech Mountain Resort from over the weekend. Conditions were fantastic for their opening weekend.

Snow is falling in some locations to kick off the week.

After some rain moved through overnight, the northwest flow is kicking in with snow along with the Tennessee/North Carolina border, the West Virginia resorts, and a few flakes falling in Virginia as well. 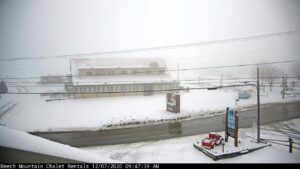 It is a winter wonderland atop Beech Mountain this morning!

This early week system isn’t going to be a record-breaker, but it is going to add a couple of inches and a few locations may see more – especially if the northwest flow overperforms).

So far this morning, Winterplace and the Omni Homestead is reporting 2″ of fresh snow, while Snowshoe, Beech, and Sugar are also in that 1″-2″ ballpark.

Along with the natural snow, we will have a fantastic snowmaking window over the next 48-72 hours to add to those bases.

Our own Brad Panovich posted his latest Ski Southeast forecast late last night with a breakdown of the week.

As we start the week, we have six resorts open for play as conditions look fantastic this morning.

App Ski Mountain – They are offering eight slopes serviced by five lifts today and are featuring a groomed surface atop a 12-18″ base. They are offering night skiing and the terrain park is open but no Park Pass is required as the features are low to the ground. 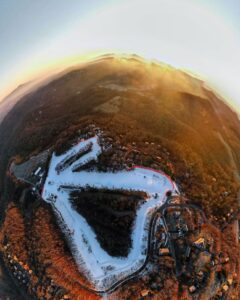 This was a cool shot from App Ski Mountain for #SunriseSunday.

Beech Mountain – Open for day session only today as they are skiing and riding on five trails with three lifts spinning. They are reporting an 18-32″ base with a groomed surface.

Cataloochee – They are featuring a machine worked/packed powder surface with a 20-30″ base. They have eight trails and three lifts in operation. Cat is open to the top.

Ober Gatlinburg – Ober’s strong start to the season continues as they are playing on a 15-25″ base with five slopes and three lifts in operation. They are open from noon-7p today. Tubing is also open.

Snowshoe – 4848′ is playing on 50 acres today with 15 trails and three lifts in operation. They are reporting a 45″ base with a groomed surface. Snowshoe did tease that more terrain will be opening in the coming days.

I received a great email over the weekend from Paul that said the snow conditions yesterday were very nice at the ‘Shoe, and I am sure our own Kenny Griffin would agree from his weekend trip.

Sugar Mountain – Sugar is reporting a 22-53″ base with manmade and natural powder conditions. They are playing on eight trails serviced by four lifts. Ice skating and tubing are now open.

It will be a great Monday to hit the slopes if you are able to make a few turns.

That does it for today, but until next, #ThinkSnow!

Previous Post
Ski Southeast Forecast for 12/6/2020: Another natural snow event to start a the week.
Next Post
Snow is the Answer