It’s SNOWING in the Mountains of North Carolina! 6-8″ on the Way for WV Ski Resorts as well! 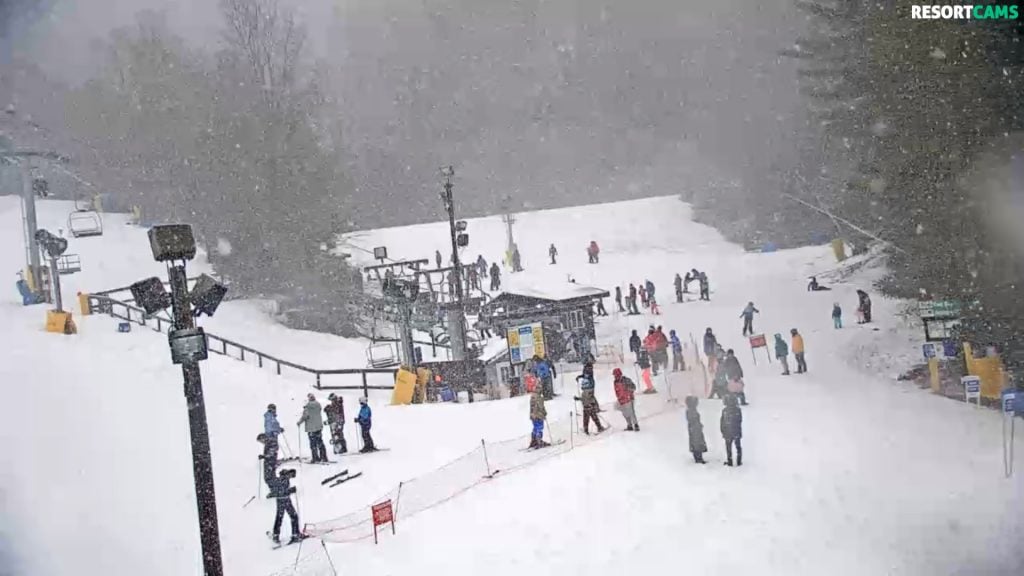 As I was driving in this morning, I could not help but think about how the slopes of our beloved ski areas were being decimated. Okay, not R-E-A-L-L-Y, but that IS the perception when rain was falling as hard as it HAS fallen over the last 36 hours or so.

The Watauga River, which runs under the Sleepy Hollow covered bridge below my home was roaring like after a strong Spring storm. There’s snow all over the place from piles that were bulldozed around after last week’s storm, but these rains were really putting a hurting on the slopes. I’ll report more on that tomorrow as some ski areas like The Homestead in Virginia had to put another delay on their opening day which was scheduled first for today, then Saturday and now they are waiting on the next cold snap to open up.

…and then SNOW BEGAN TO FALL!

The talk around the office this morning was the forecast for wrap-around snow to begin on the tail end of all this rain. I had my doubts, and then I started getting emails and texts. Snow was falling – first over in the snow-starved Gatlinburg, Tennessee area. 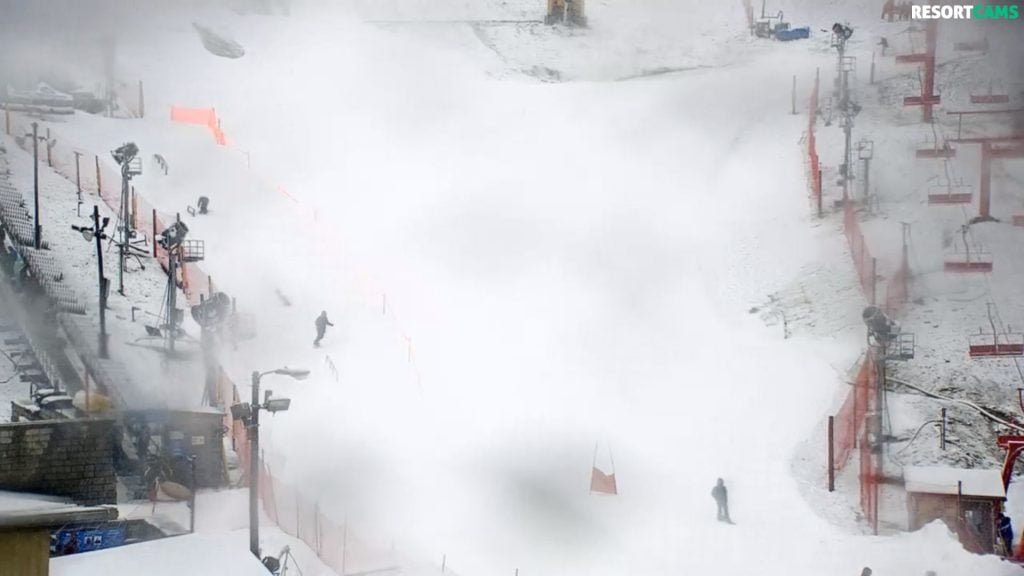 Then Cataloochee Ski Area got in on the fun 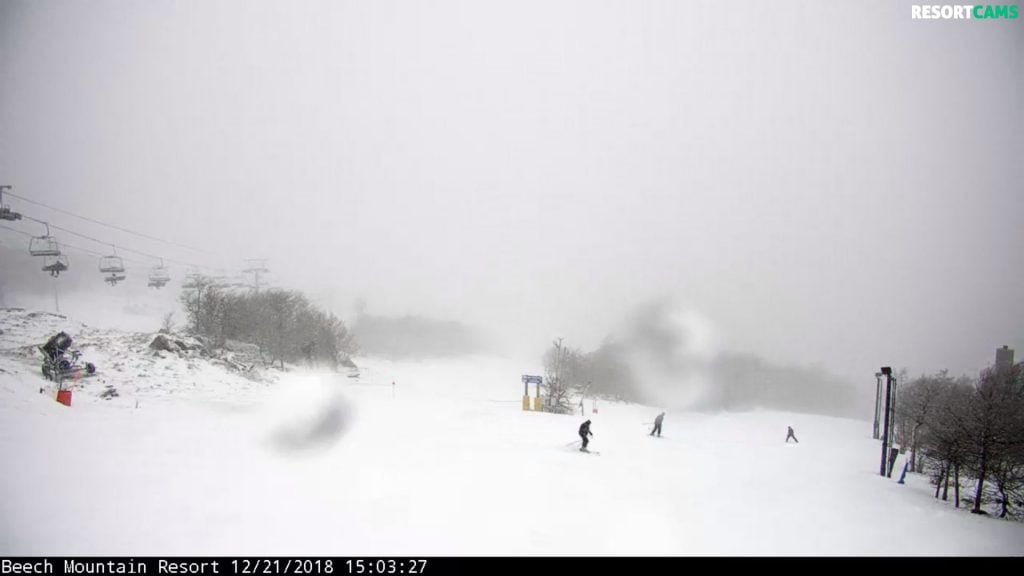 At last look around the LIVE CAMS…it’s snowing all over the Western North Carolina mountains!

I was talking with my good friend, Steve Drumheller of Canaan Valley Resort at around 2pm about other things, but at the end of our conversation he said, “By the way, I know you’ve heard we’re looking at 6-8″ up here between now and Sunday!”

By the way, I’m not sure if there’s a nicer guy than Steve at any of the mountains, anywhere. He was in prep mode for a crazy weekend and the upcoming Christmas to New Year period and yet he was gracious with his time – giving me 30 minutes to share some great insight into conversation. If you’re reading this – thanks Steve. You are da man…

If you have not checked out Brad’s latest Skier’s Forecast, do so here….and I’ll be sharing some content early in the morning.