Snow and Snowmaking are On The Way! 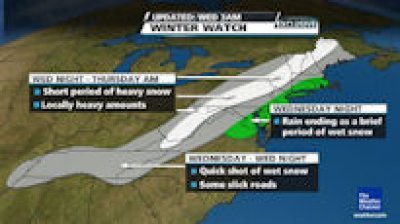 I’ll let Kenny do his thing and update us on the snow that’s expected across a large part of our area of coverage today and this evening. I know some of the resort communities may not see the colder temps until Thursday evening, but it DOES look like a lot of us should see some snow tonight through Thursday AM and cold enough temps to crank up those snow guns in earnest. At this point if the temps are there, you’ll see every resort making snow to beat the proverbial band.

As we reported over the last couple of days, the REST of December should be more "normal" in terms of providing some consistently colder temperatures – although the lows that we’re seeing (believe it or not) MAY not dip low enough in some areas to snow every night over the next few nights.

For example, we’re seeing lows that should drop to the LOW and mid 20s from tonight through Sunday night around Beech, Banner Elk, Sugar, etc. Then from Monday night through Friday the 16th of December things will be in the borderline range of lows in the upper 2os and low 30s. Snowmaking ops could go either way in that range.

Looking over around Wolf Ridge, we’re seeing lows plenty cold enough from tonight through Sunday night to make snow, but then next week things are looking very borderline as per snowmaking chances.

A short drive northwest into Tennessee and we’re seeing forecasted temps around Ober Gatlinburg that should allow snowmaking tonight through Sunday, but then it’s looking too mild past that to make snow through at least the 16th.

Since I’m on this "drive south to north" I’ll keep going and report that the forecast around Massanutten Resort in Virginia looks very similar to those around Beech and Sugar…so there should be great snowmaking opportunities for tonight through Monday night and borderline for those nights into next week.

Ditto for Bryce Resort in Virginia.

Heading northward to Winterplace Resort in West Virginia – and the forecasted temps are holding right along those of Beech and Sugar. There’s plenty of snowmaking ops today through Sunday night and then kind of borderline into next week.

Further northward into Snowshoe, Canaan and Timberline – we’re seeing slightly colder temps that should make for great snowmaking ops tonight with lows in the teens and very cold with some potential around-the-clock snowmaking Saturday and Sunday. Monday through Friday’s overnight lows look like they should support snowmaking as well. So obviously things are going to be a little colder at Snowshoe and the Davis, WV resorts with lows next week in the mid 20s. 3-5" of snow is forecasted up that way over the next 36 hours.

Ditto the Snowshoe, Canaan, and Timberline forecast for Wisp Resort in Maryland.

SO WHAT’S THIS MEAN?

As we’ve already seen through November, our ski areas can lay down some snow in a very short window of opportunity. I’d expect a BUNCH of ski areas to be looking very wintry by Friday and opening for the season. Some will opt for a Saturday open. (Check the Snow Reports page and the individual ski resort page for specific opening announcements. https://www.skisoutheast.com/skireports.php)

There is NO QUESTION that resorts will open with limited terrain available on Thursday, Friday and into the weekend. With all of the snowguns firing we’d expect that bases will rise quickly for the next FIVE NIGHTS pretty much at ALL of the ski areas within the Southeast and Mid Atlantic.

HOWEVER – don’t expect to see a ton of slopes open even with nearly a week of good snowmaking because resort admins will be looking at next week’s forecast of borderline temps everywhere from Winterplace Resort SOUTH and with that in mind those ski areas will probably opt to BOMB the primary slopes that are important for them to GET OPEN and STAY OPEN.

So for this FIRST "real week" of ski season (where more than 2-3 resorts open) expect to see the primary trails opened first with as much snow being made as possible to insure that those can support playing on through this first week to ten days.

The forecast (according to most gurus) is for a good second half of December with more consistent cold temps through the end of the month and well into January. We’ll keep you posted as to who is making snow and what slopes and trails are opening at each ski area – so keep clicking back here and as always, you can check out the many webcams (many new streaming cams) and see for yourself just how sweet things will be looking after just a couple of days heading into this weekend.

With a great second half of December, we will hopefully see some amazing transformations happening that enable all of the ski resorts to open ALL of their trails prior to the Christmas-to-New Year Holiday.

OVER TWO FEET OF SNOW FELL IN THE LAST 24 HOURS!!!

I was talking to some newbie skiing enthusiasts on Tuesday and mentioned just how much undeveloped snow we’ve had thus far this early into the new season. They looked at me with that "cocked head – RCA Victor dog" look until I explained that underdeveloped snow was – rain.

With that in mind I was listening to John Hoffman up at Beech Mountain this morning as he reported that they had 2.2" of RAIN last night. Bear in mind that Snowshoe and other areas around the mountain region had 2" of rain last week as well. If we’d had freezing temps in place, those 2" of rain would have made for more than TWO FEET of snow…TWICE…in the last couple of weeks.

Hopefully we’ll see that happen all season but with temps in the 20s to make for some deep snows.

Expect the snowguns to crank up later today and watch the LIVE CAMS if you want to see the snow falling. I’d bet the Sugar Ski and Country Club Cam, the Massanutten and Bryce Cams and the downtown King Street Cam in Boone will provide for great snow watching. We’re expecting the Timberline and new Appalachian cams to come online soon as well.

Drop me an email with your questions, comments, photos, videos or whatever comes to mind: [email protected]