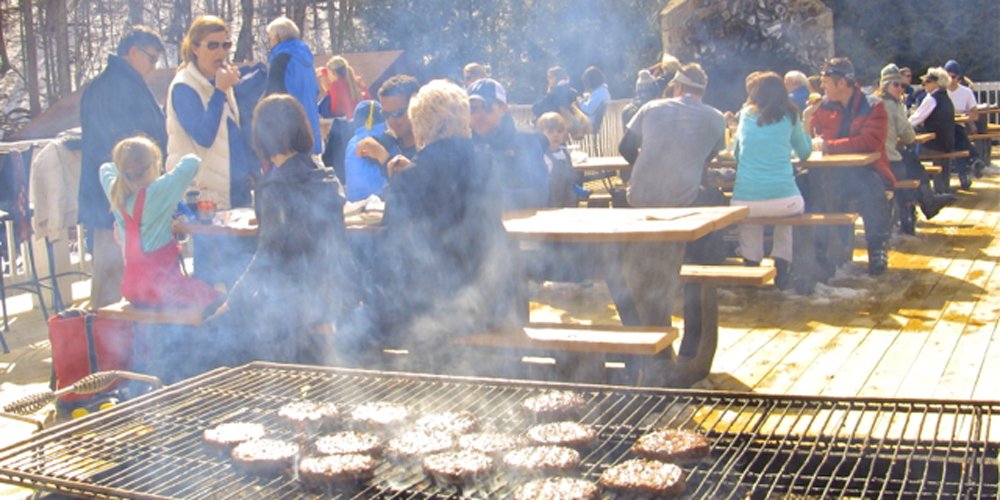 Ah spring … on the slopes!

It’s going to happen anyway, might as well enjoy it. And that’s what all you folks bummed about this ski season should focus on right now.

For many skiers, spring is a favorite time to ski. A warm sensuous sun is one of the premier joys of the season. Slopeside sunning and even soaking at some spots are even more delicious after a day of skiing on some of the season’s deepest snow. Heavy clothes are a thing of the past—and costumes are the norm. The burger flippers and their grills, and plenty of cold brews, come outside on slopeside decks where you’ll see bronzed biceps and even bikini tops during lunch. Locals get friendlier and even a little bit wild.

When—if—we get back to chilly nights, many people think the kernel-like consistency of morning spring “corn” snow makes for some of the best ski conditions of the season. To celebrate, resorts stage fun fests, end-of-season events, and rates go way down.

Even the activity list changes. Wintergreen has long touted combining some morning spring skiing on the mountaintop with afternoon golf way down in the valley. This winter, even Canaan gets in the act. The golf course’s back nine opened for the season at 9 a.m. this morning. The ski area is open too through its season close on Sunday. 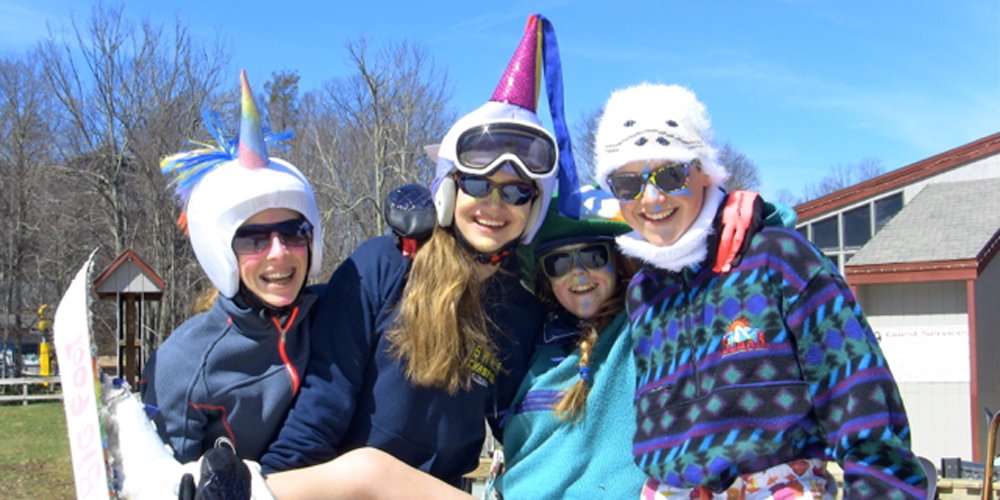 Break out the sunscreen and whatever’s weirdly appropriate and get yourself out on the hill! These folks were having fun on Sugar’s last day last year. Photo by Randy Johnson

There’s spring tubing too, with Canaan open today through Sunday, the same schedule as Hawksnest Ski Tubing and Zipline in the North Carolina town of Seven Devils.

All that aside, the bulk of the slopes at Southern ski areas are open and ready. There’s no sense sitting there!

Indeed make your last runs soon and do what a lot of people do, including the folks working at Southern slopes—they sit outside in the sun and plan their apres-season ski trips out West. Mike’s column recently congratulated Kenny Griffin on his first trip to Tahoe, indeed his first ski trip out West, and now is the time to make that happen.

Late March and early April are when the other side of America serves up it’s best snow and nicest weather. Air fares are more attractive, weather delays are fewer at intervening airports, and deals are available. High altitude, dry air makes for great spring snow and there’s even a stray day of powdery fluff.

You might as well join Kenny out West. In fact, so many Southern skiers do just that that ski resorts all over America need to send Southern slopes a big thank you note for a sizable part of their skier base, especially the beginners who are ensuring the survival of our sport. I won’t be heading west this winter but Tahoe, Aspen/Snowmass, and the resorts around Salt Lake City are my favorite targets—and I am aiming at next winter. 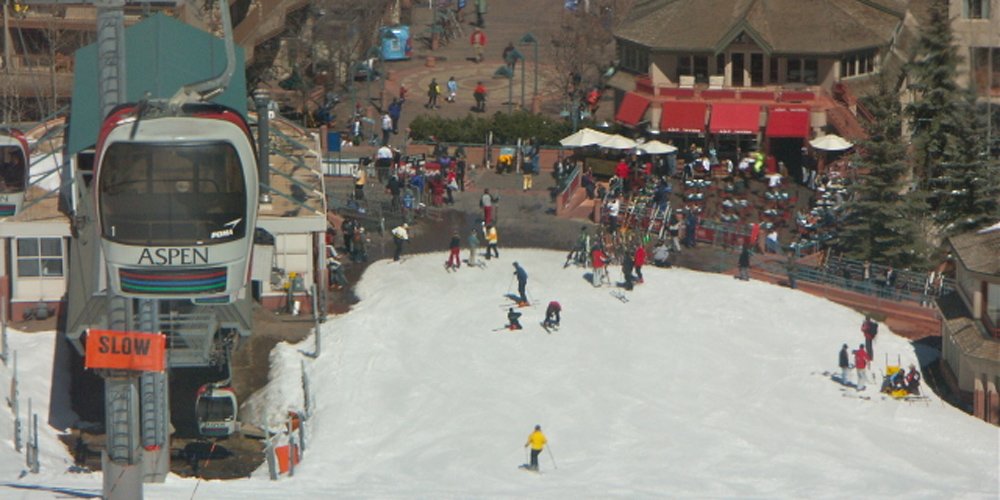 Step off the spring snow into Aspen and it’ll be mostly bare pavement in April. That’s not much different than a stroll through Snowshoe’s mountain top village right now. Photo by Randy Johnson

For right now, I am still not done. I’ve had some great recent local ski trips, including last week’s SkiSoutheast.Com Ski Summit at Snowshoe—you should’a been there, snowed every day. But real soon I’ll be making some more tele turns, sipping a beverage on a slopeside deck, and doing what I call “shutting down the season.”

It’s a ritual. A poignant ritual I admit, but I feel more like “a real skier” when I’m out there till the bitter end. A year or so ago I skied cross country on Roan Mountain and downhill at Sugar on the same final weekend. Watching the “Burning of the Snow” at Sugar was the perfect way to end the winter. You should be there in 2016.

Years ago, my then young son and I skied the last day at Wintergreen. The next day, he woke me up and hustled me to the condo window. “Look outside Dad, it’s snowing!” Sure enough, snow was falling on eerily empty slopes. “What a waste!” I thought. Then I realized the snow gods were just promising to be back next year—with a vengeance.

See you on the slopes! Think “spring” snow…