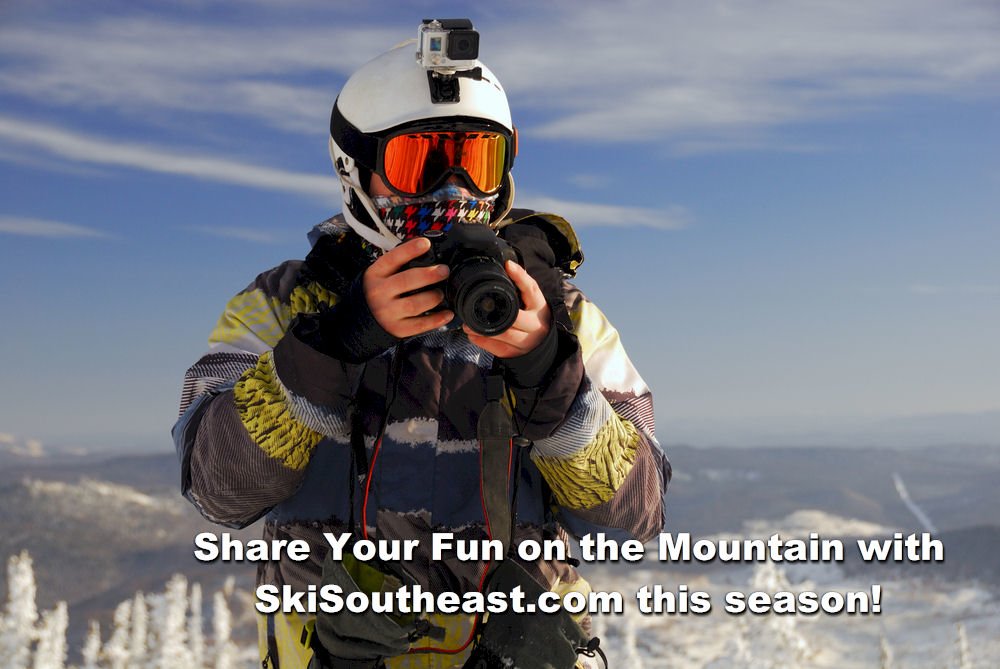 It’s Friday the 13th and while there HAS BEEN some news to report on today with Sugar and Snowshoe Mountain both making snow today – it is STILL (unfortunately) preseason as consistent cold weather looks to STILL be another couple of weeks away.

Ironically, the last three weeks or so have probably been OUR most active late October-to-mid-November period in terms of all of the content, posts and other work that we’ve implemented on the website.

We’re still putting the finishing touches on our lodging partners and ski resort partner marketing campaigns AND WE WILL BE ANNOUNCING LOTS OF NEW AND OLD CONTEST GIVEAWAYS – however we’ve also updated the site and done a ton of BLOG posts to the site in the last couple of weeks.

We “signed up” Brad Panovich for yet another season; Kenny (theKenDog) Griffin is stuck with me again this season – as is Joe Stevens. David McCue came on board in the last couple of weeks and has quickly embedded himself as an interesting new “read” and we’ve convinced writer/ski-historian, Randy Johnson to join our team. David McCue has already contributed (7) posts/stories and we’re looking for big things out of our crew this season.

That Got Me to Thinking…Sometimes that’s a good thing and sometimes not so much.

This is our 20th season of posting content related to ONE THING – skiing and snowboarding in the Southeast and mid-Atlantic. (Okay I guess that was two things…)

Anyway, after adding and re-recruiting our contributing editors for this season, I asked Kenny to post our columnists to the front of the website. You can see that content ON THE FRONT PAGE, towards the bottom of the page. Here’s a snip of it.

When Kenny loaded it in, he included a feed that read all of the posts that each of us has posted over the years – to date. O-b-v-i-o-u-s-l-y what jumped out to MOI was the fact that I had posted 7400+ posts. “Kind of cool”, I thought to myself. (Okay, to be honest I bragged to anyone who would listen at that moment. Sorry honey. Sorry kids.)

However, since it’s kind of a slow period as we prepare for the “real season” to kick in, I noticed that with my LAST post, the “meter” now read “7500 posts”. That caught my eye. The REALLY COOL thing about our website is the fact that you CAN go back and read EVERY SINGLE POST that we’ve posted. While that would be mind-numbing, it is also cool that you can really take a trip down memory lane to see what the conditions were like on ANY given day in that period.

So I thought to myself, “Why not go back and have a look at the ‘earliest’ posts?”

As it turns out, in 2004 we re-did the website to dynamically generate content via a content management system. Soooo the 7500 posts that I’ve written “ONLY” go back to January of 2004. I actually started posting numerous daily updates to the site in 1996.

If over the LAST 11 seasons I’ve averaged 625 posts per season – then it’s safe to say that I averaged about that for the FIRST 9…right?

Doing a little math – that tells me that I’ve ACTUALLY posted around 13,125 updates to the website in the last 20 years. No WONDER I got a little burned out at the end of several seasons.

All Rejuvenated and Ready to Go Another 20 Years…

Okay, I don’t know about another 20 years…but if I can continue to recruit some new blood to take part in the website…then who knows?

…and THAT Got Me to Thinking…

Some of you guys and gals have followed this website since its inception. Those of you who have will remember that we used to have volunteer “On Snow Reporters”. Those led to the creation of a Messageboard. (Well actually the FIRST messageboard was a CHAT ROOM. Remember those?)

The original messageboard peeps were a hearty and enthusiastic bunch. They quickly grew an online club of sorts and even coordinated meetups at various resorts. The first one was at Hawksnest Resort and others followed at Beech Mountain and Snowshoe. The messageboard crowd created “The Cat Crew” of numerous members who had a particular fondness for Cataloochee Ski Area.

At one point we had more than 100 volunteer reporters who sent us photos, videos and more to the site. 10-20 of them were die-hards…sending content nearly every other day. Back then it was hard to keep up with all of the photo submissions, because there was no system that would allow for THEM to post the content. We (mostly yours truly) had to handle almost all of it.

Well NOW, we have some really cool ways to recruit and allow some of our more passionate, regular skiers and snowboarders to post content yourself. Some of our peeps HAVE done that by posting to the messageboard. See Trip Reports.

However, it hasn’t been the same as posting and seeing your images or videos ON THE FRONT PAGE for all to see.

So I thought that with this being our 20th Anniversary, that we should try to reach out in the following manner.

2. It would be awesome to recruit YOU GUYS (if you’re reading this, that means you) who are some of our more avid skiers and snowboarders – to post content. Photos, videos, articles, etc. If you’re really, really good…then we may ask you to join our team as a featured writer.

3. It would be great to relocate some of our oldest, most frequent readers and host a party at one of the resorts just to pay homage to them – again that could be you!

I realize that in this age of Social Media that we have so many ways that we could approach doing all of the above…and that might BE the route that we take. However, I’d like YOUR ideas or opinions. Come on, you KNOW you have them.

Email me at [email protected] and who knows…if we like and use your idea, then we’ll give you some lift passes to your favorite ski resort.

If you play at or visit ANY of the ski resorts in our region more than a couple of times a season…then we’d love to hear from you about sending us videos, photos and trip reports from your time on the mountain. Everyone has a camera with them these days…so share your fun times with our readers. If you’re interested – email me.

Regardless – be sure to visit and JOIN our messageboard. It’s FREE and its a great way to meet new friends and fellow skiers and snowboarders.

Previous Post
Sugar Mountain AND Snowshoe Mountain Got Some Snowmaking in Today
Next Post
Snowshoe, Sugar and Cataloochee Are Making Snow!