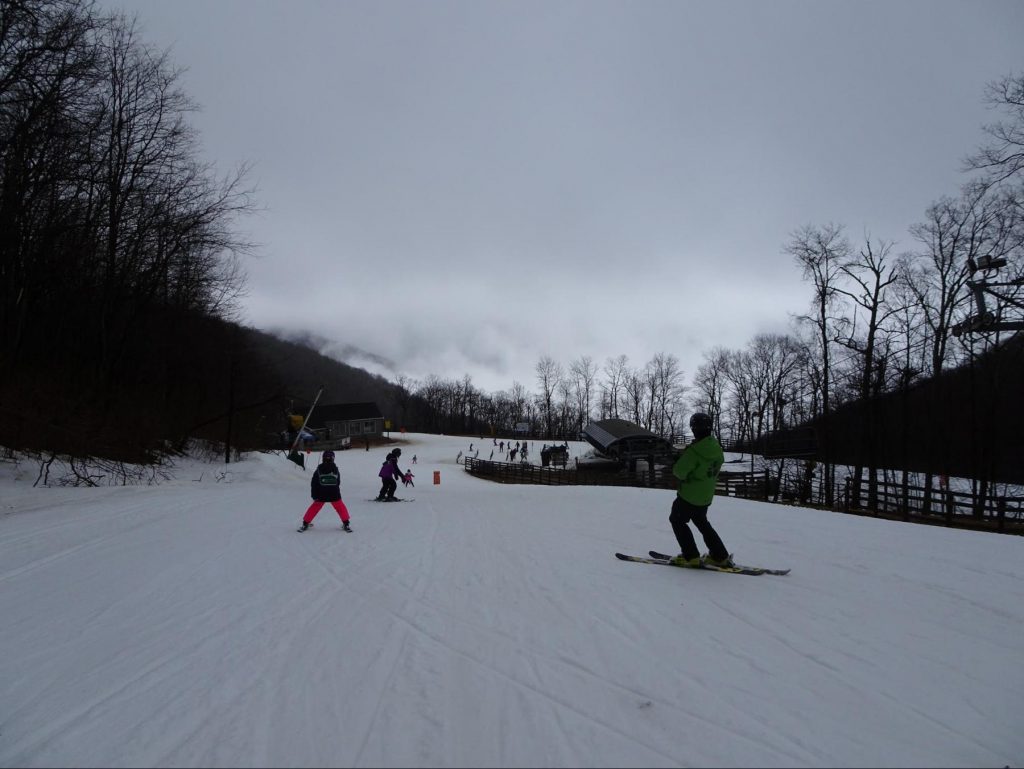 Words and pictures by David McCue.

I just returned from my third outing of the year skiing at Wintergreen in Virginia’s Blue Ridge Mountains.  I wrote a little about the opening weekend in a previous post; that always has a special flavor as  the season is commencing and the future is a giant snow globe just waiting for a shake.   Then in January, I had an opportunity to spend some morning hours skiing with one of the most experienced members of the Wintergreen Ski Patrol, Bill Smith, and was shown a little extra about a place that I have enjoyed for years.  The Wintergreen Ski Patrol is not just first rate in their job at the resort but also lead training and development initiatives regionally and for the national ski patrol.  As a unit they are recognized and awarded and Bill has earned his own accolades since moving from Homestead to begin patrolling at Wintergreen in its first year. First tracks with first hand history made that another great day albeit fiercely cold. So cold that at the morning briefing Tucker Crolius told his patrollers that he sported a full on parka for the first time since he’d begun patrolling at Wintergreen. 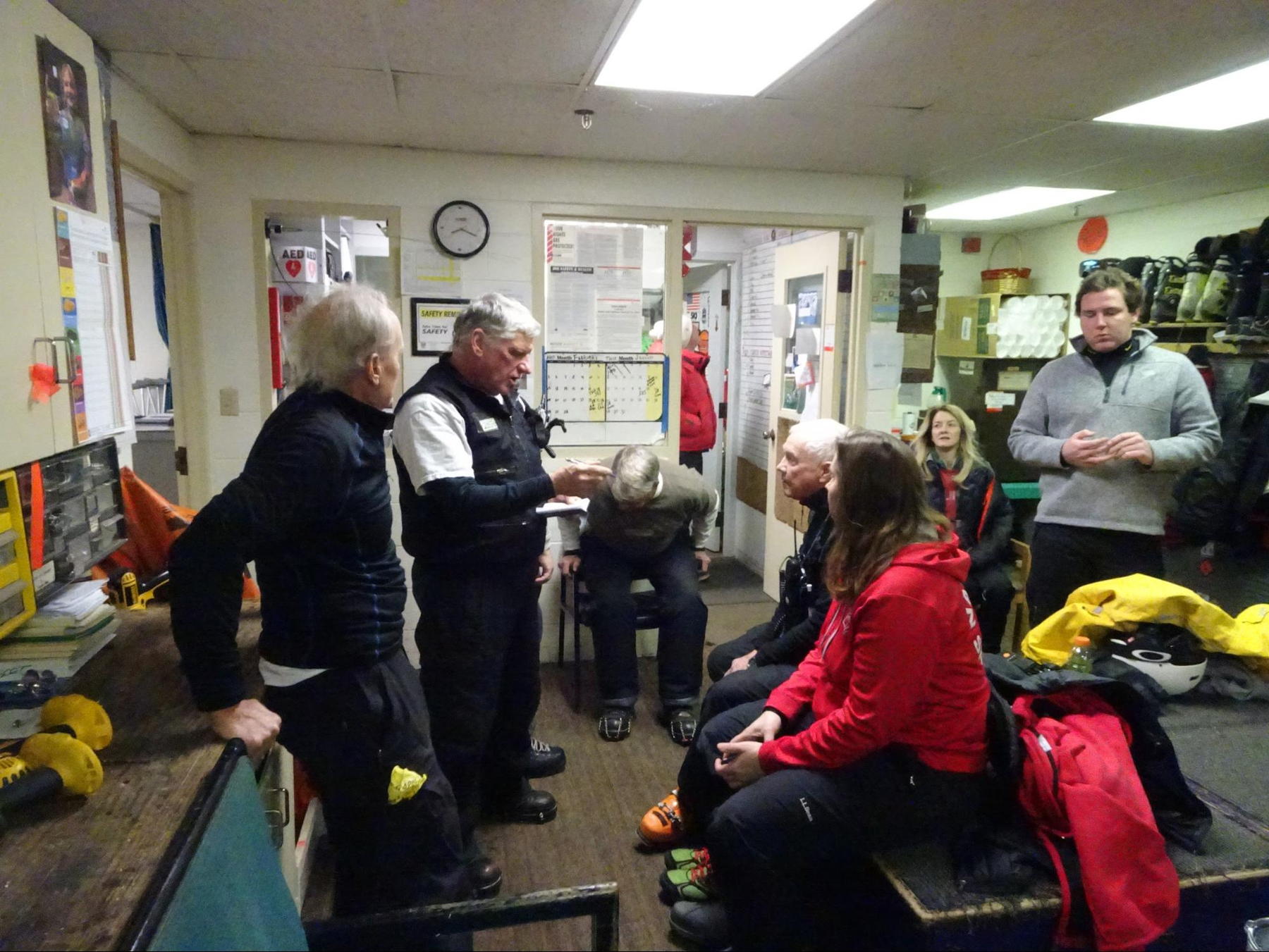 January 5 and 4 below outside.

The Charlottesville news outlets were strident if not hysterical, with nearly fatal mathematical models of how much colder it was than any previous model could have even imagined. But we survived, perhaps it was the illusory warmth of bright, crisp sunlight.  I want to follow up much more about Ski Patrol but a critical thing I discovered is that my prerequisite to get serious will start with 80 hours of Outdoor Emergency Care training. Then a lot of hours being badgered on the hill with hypothetical questions like did I stem the bleeding or check some vital signs, and all that when there might, hypothetically, be fresh powder all around me competing for my attention.  Hmmm, maybe I’ll just stay a civilian. 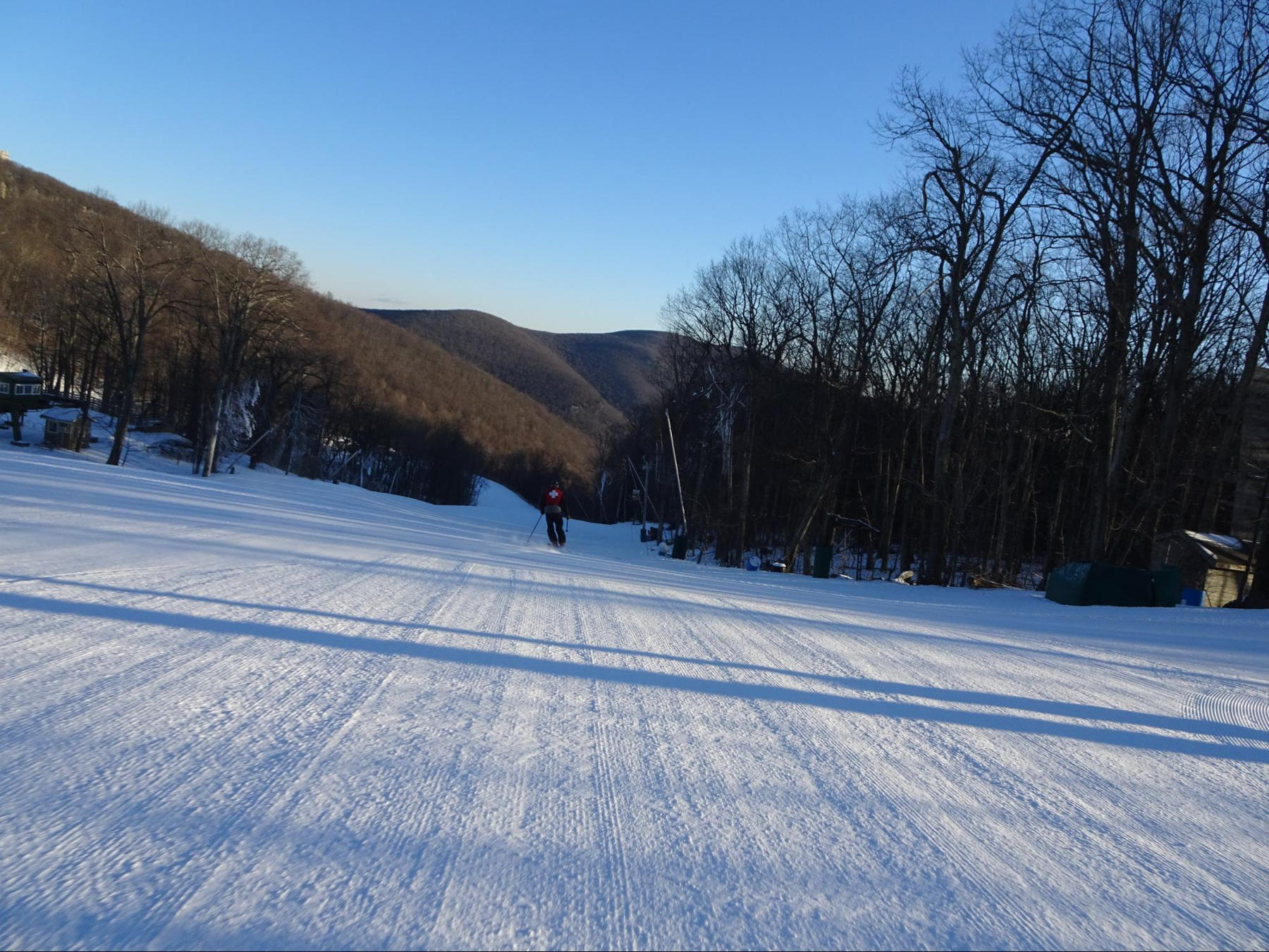 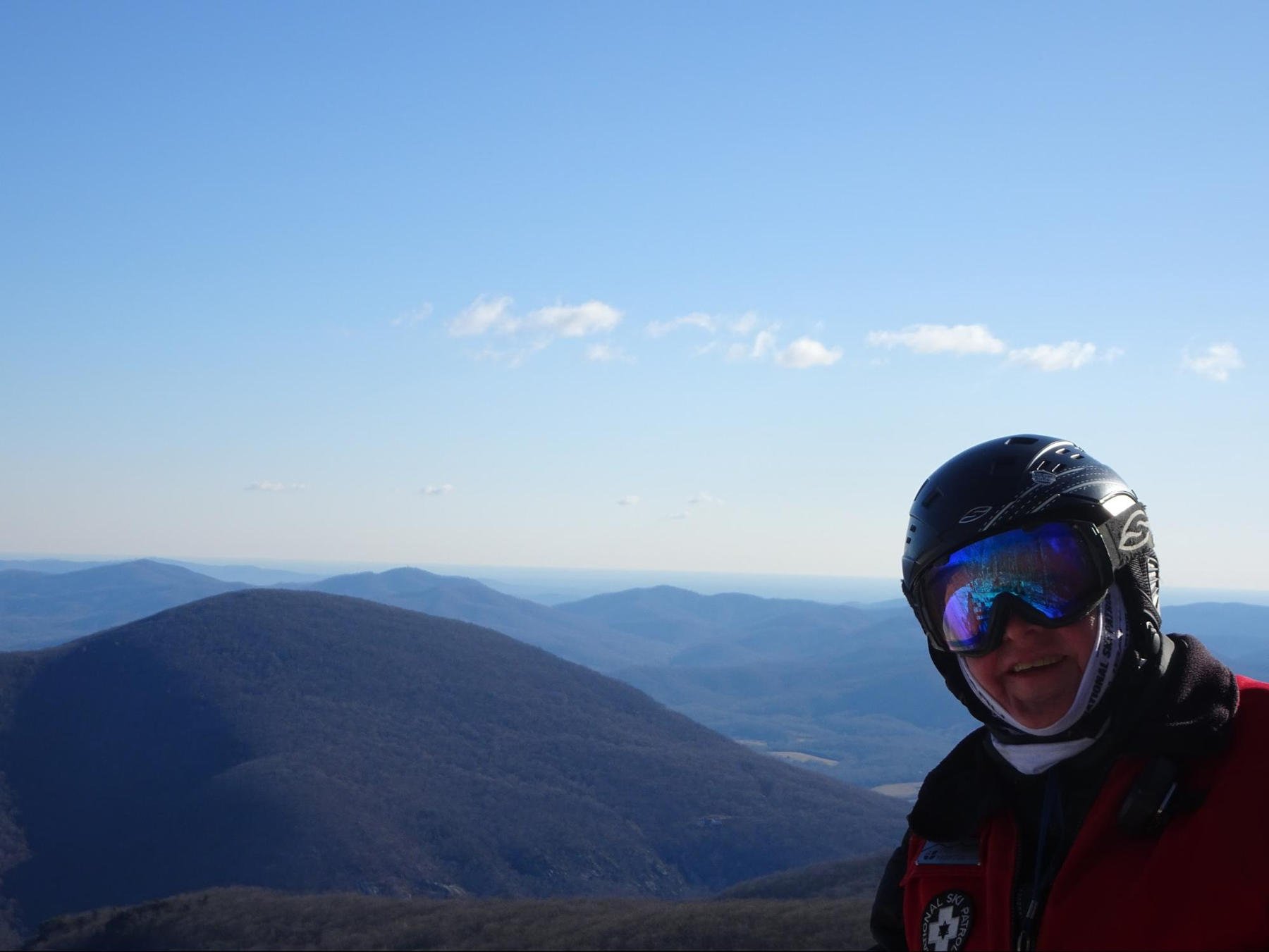 And a view from the observation platform. You’ll see it if you look it’s hiding in plain sight. This was a very good morning. 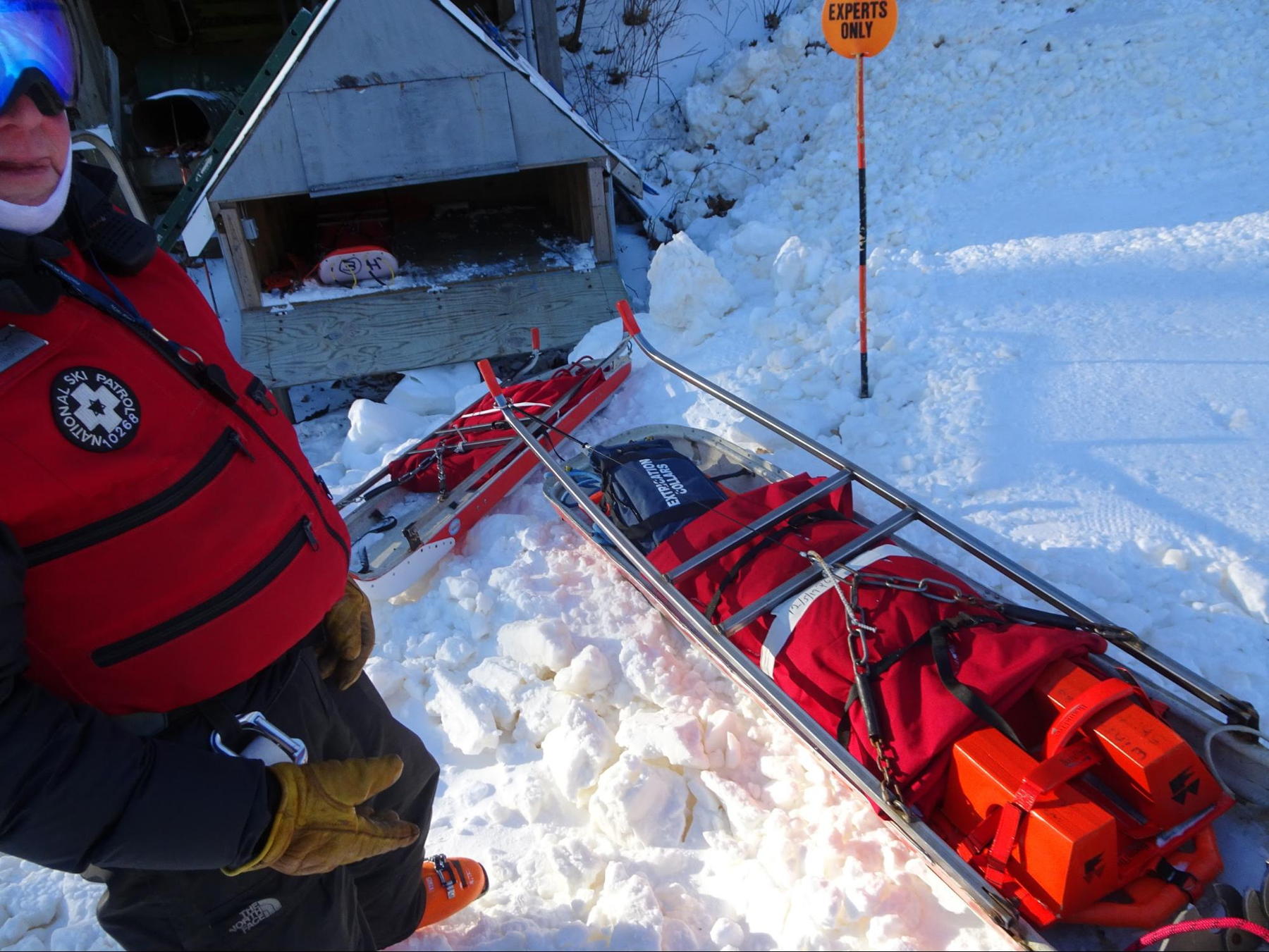 I really just wanted to take it for a joy ride, but Bill wouldn’t give me the keys… something about 80 hours of OEC training and lots of additional weekends being required.

That was January 5, the deep freeze, four below that morning; I know it all seems a distant memory so let’s move to more current times.  Yesterday was President’s day and conditions could not have been more different; and short of a powder event, the mountain could not have been more fun.   That was lucky because after driving through three continuous hours of rain and arriving in a forty degree drizzle that morning; my enthusiasm was somewhat sodden.  But you have to take a breath, put on your gear and see what happens; it could be better or it might be worse, and it turned out better this time. 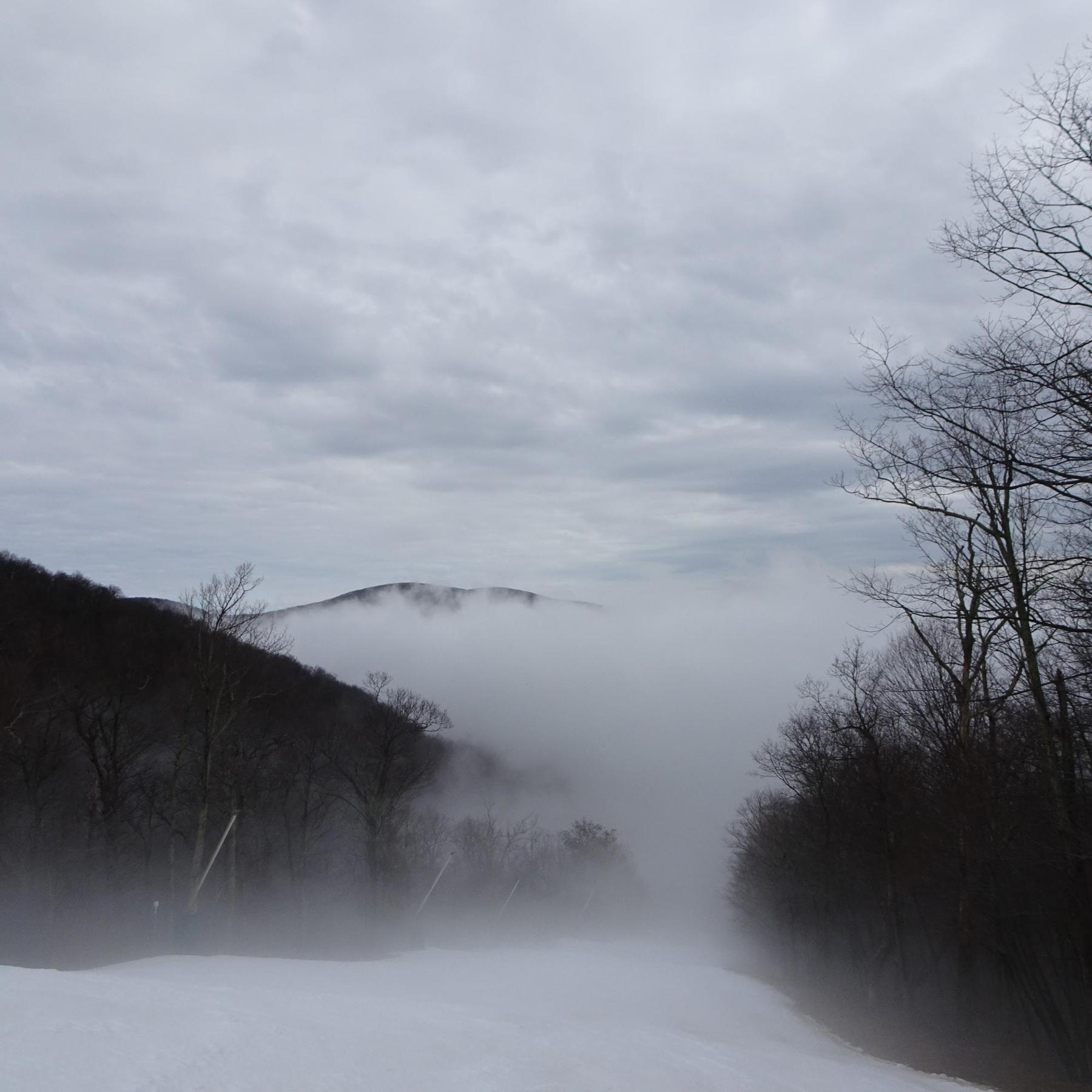 Who knows what wonders await.

You may have noted that we are in the grip of an unusual and wholly unwelcome February thaw, actually more like a full-on meltdown.   Base depth numbers have been steadily whittled away and basically this season would be crispy toast except for a long spell of cold temperatures and aggressive efforts on the part of so many of our resorts to build up a base to withstand these intemperate incursions. Whether that base is going to see us through into March may be an open question and  that puts another question at the forefront:  What are you doing and when are you going?  The time has come to ski it while we’ve got it.  I’m confident we will have some large snow events before I have to mow the grass (in fact, I’m willing to let the grass grow thigh deep as an act of confidence and solidarity) and I will be at Whitegrass when that named storm strikes;  but right now there is still plenty of base for more conventional skiing. 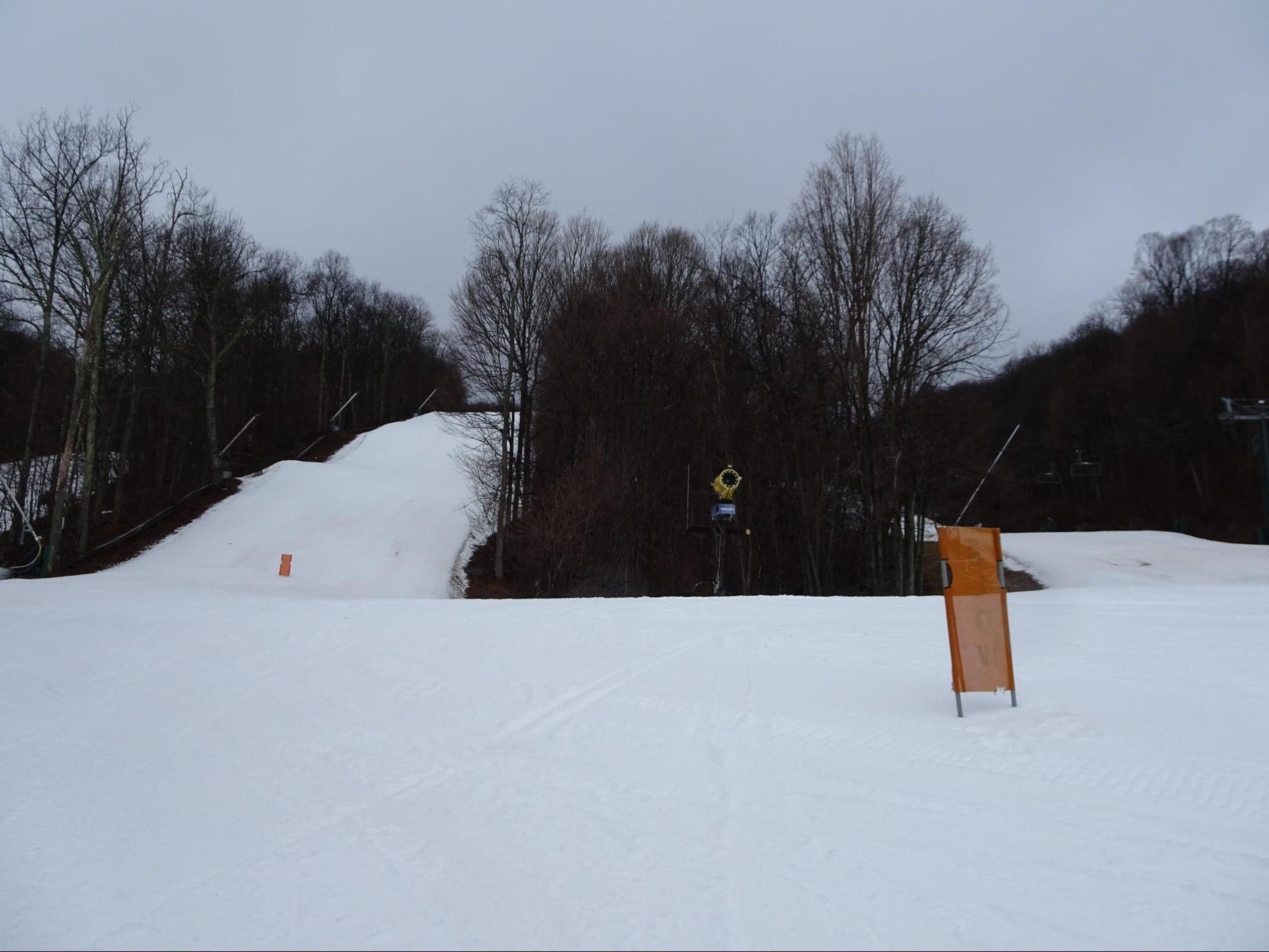 Wintergreen had EVERY run open today which is why I can say it was as good as early  January when despite feeling like deep winter several major runs were still not opened.  Yesterday while no runs were pristine or even covered from wall to wall;  they were open from top to bottom on every lift and I never waited for a chair.  I mean really, I never waited for a chair.  Why there were no crowds on President’s day I cannot guess and frankly it annoys me because our resorts could use a strong close to the season and conditions were a blast. 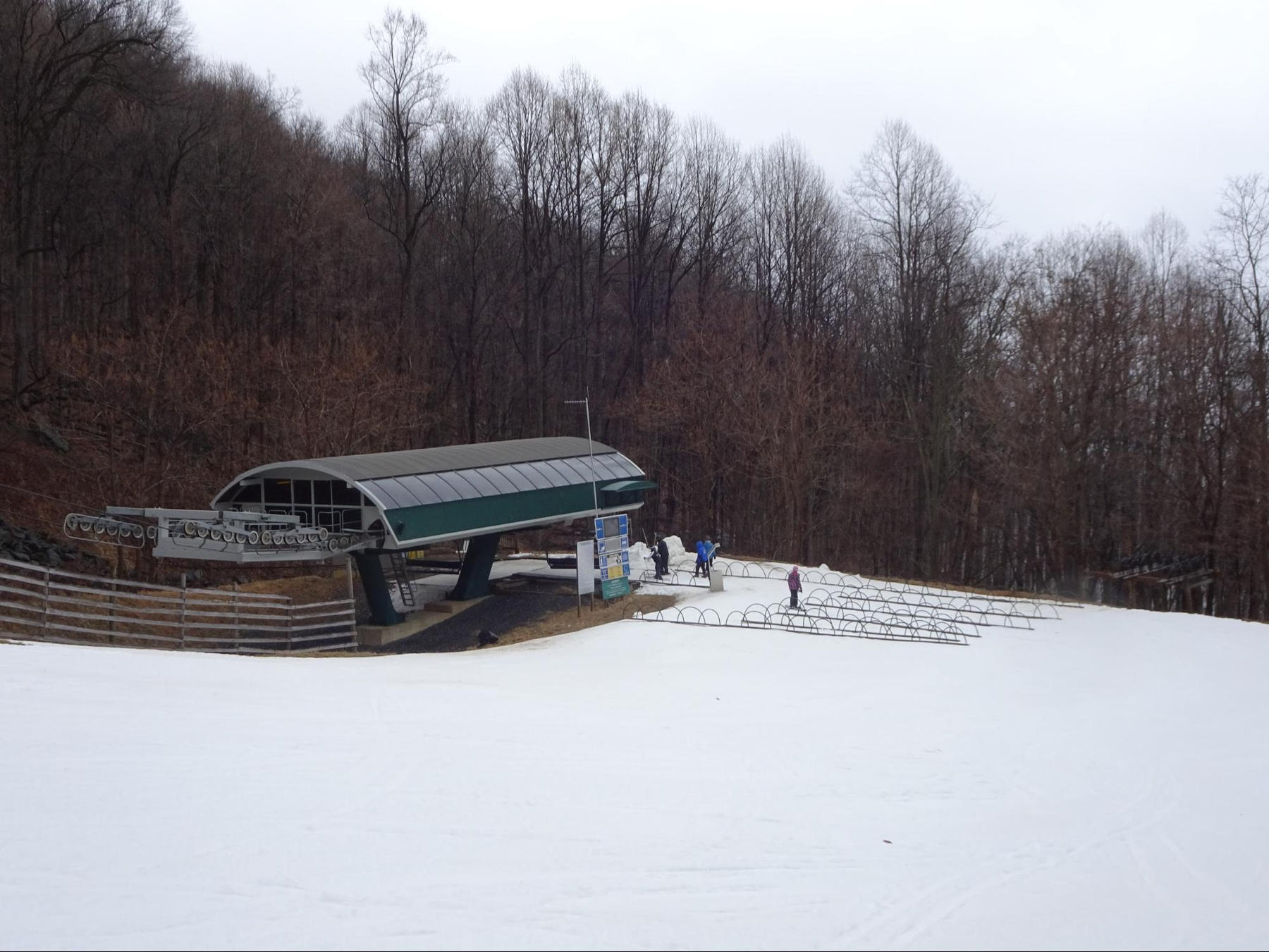 It was certainly a good day to take a lesson with more individual focus, a lot of happy (much better than weepy and frozen) children were out their killing it with their instructors.  I discovered this strategy when my boys were learning, also at Wintergreen and at Cataloochee; slow days can make group lessons almost one on one, but do tip accordingly.

It was a day of mashed potatoes,  wet sloughs and slides; all of which I love but I confess I love them much more in March than I do in the calendar  now.  Too soon, too soon …  was an unconscious mantra as I made my turns, still loving that sensation of scattering the sno-cone behind me.  But never mind that mantra, here would be my advice… now is the time, these are the days, get it now, don’t wait. 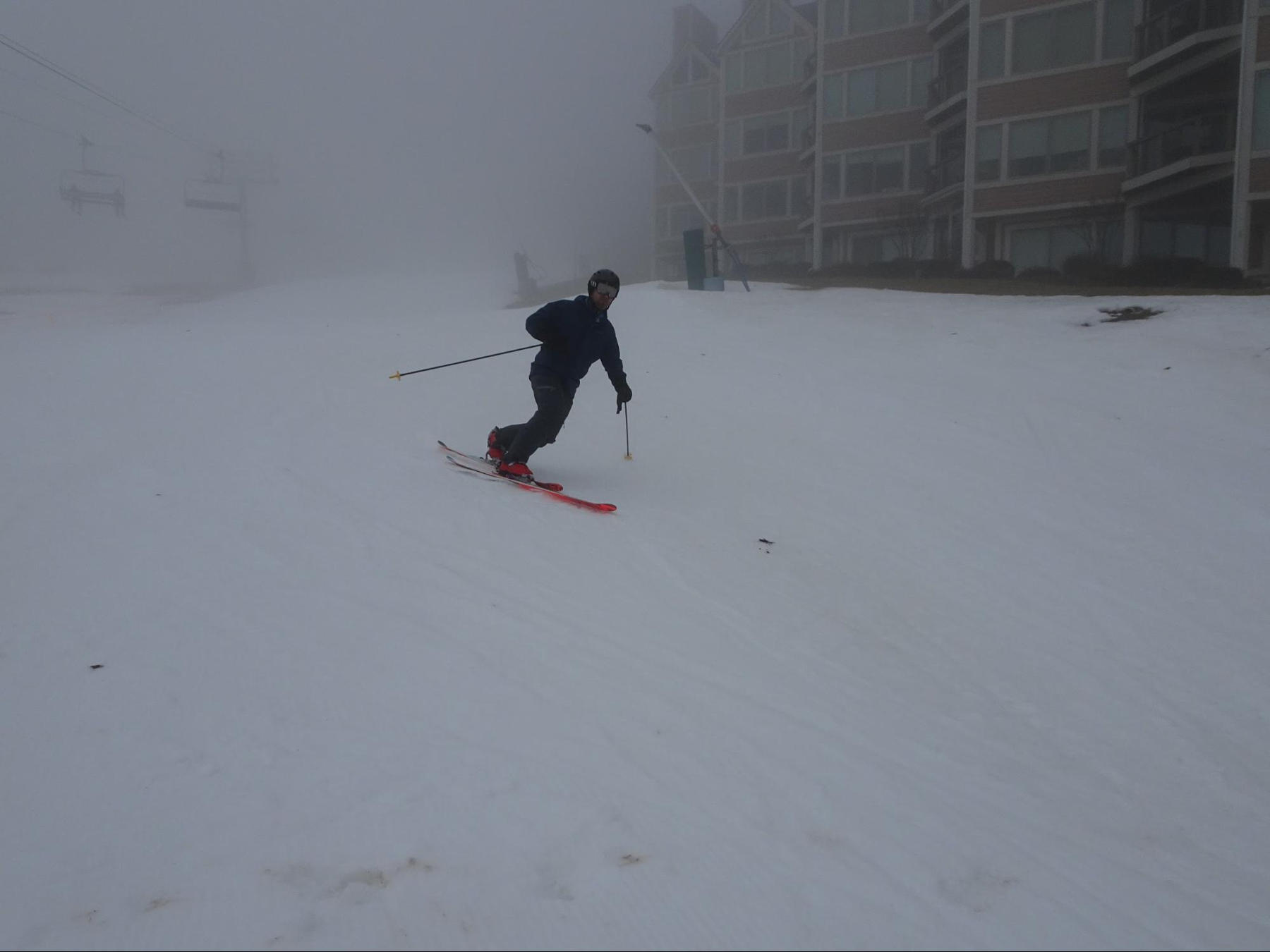 Previous Post
Ski Southeast Forecast for 2/19/2018: The Blowtorch is back but for how long?
Next Post
Spring Snow is Here