So, what would you like to read about this morning? Ski resorts – check, snow reports – check, the next big storm brewing- hopefully next time.

I'll start by reiterating that we have THREE resorts open – Cat and Sugar in NC and Snowshoe in WV:

Sugar has all sessions available for skiing and snowboarding and states that "snowmaking will resume when temperatures allow." They're reporting a base of 12 to 39 inches with the primary surface as wet and frozen granular. You can be the judge >>

According to Cataloochee Ski Area, "the CAT snowmaking team has ROCKED the house!" 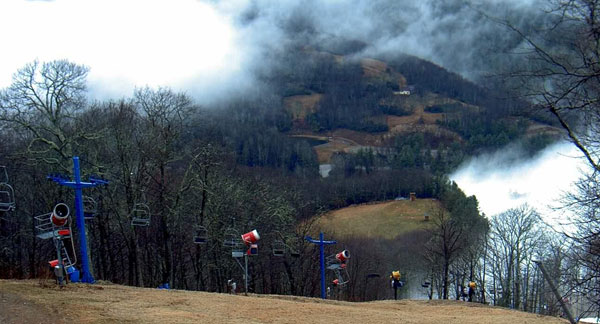 << You can definitely tell there's some major snowmaking happening

With seven slopes and two lifts, they're now open to the top of the quad, skiing 3/4 of the mountain down.

Snowshoe actually added another slope to the mix this morning, with a total of eight runs. They now "have 30 acres of skiable terrain open including two top to bottom runs." Not only are they running the guns, but they're also gaining ground with natural snowfall. In the past 72 hours, they've received one and half inches of snow. 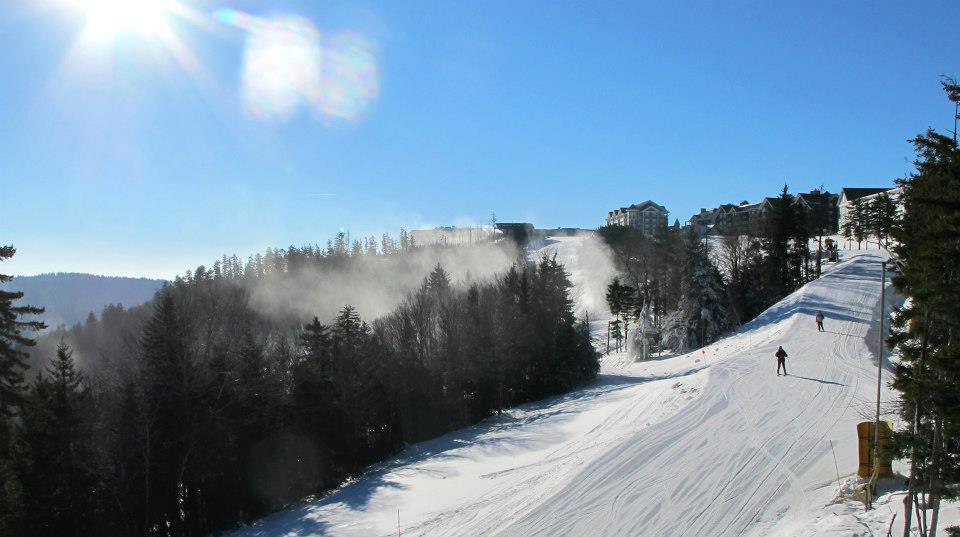 App Ski Mountain recently announced that they plan to open this Friday, November 30! They also vow "to open as much terrain as possible." Tonight and tomorrow night's snowmaking will determine exactly what slopes are open, so check in by Thursday for the details.

Beech Mountain will be opening this Friday, as well! They'll be putting in a full day, from 9am to 10pm. Until then, snowmaking will be full speed ahead. Thanks to their "recent upgrades with the snowmaking system," they plan to provide a quality kickoff day.

At this time, it appears you'll have your choice of five resorts this weekend. Not too shabby, considering it'll be December 1 and 2. A few others should be joining the ranks shortly. Be sure to stay tuned for more Opening Day announcements.

That's it for now, folks. The rain we're getting at the office today has me in a daze. I'm going to head over to the message board and read up on some recent trip reports, look at the awesome photos from Snowshoe's, Cat's, and Sugar's Facebook pages, and see who the lucky winner is of our two FREE lift passes from yesterday's contest on Twitter. That should jolt me back into Ski Mode!

Get at me at [email protected].