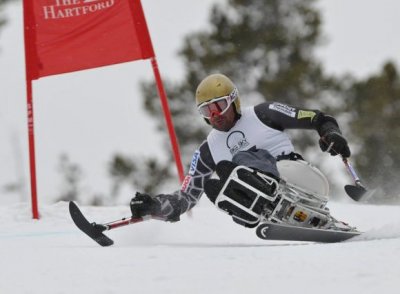 The Charlotte Ski and Snowboard Club is hosting a Warren Miller Entertainment movie on Thursday, December 13 as a fundraiser event for two Charlotte-area adaptive skiers who are training for the 2014 Winter Paralympic Games. There will be two showings of Flow State at the EpiCentre Theatres in downtown Charlotte, one at 6:30pm and the other at 9:00pm. The club is presenting the event together with Beech Mountain Resort.

Tickets purchased in advance are only $15 (valued at $50) and include a Beech Mountain lift ticket and $10 Alpine Ski Center gift card. Tickets are on sale now. Visit http://epicentretheaters.com/?movie=flow-state for more information. 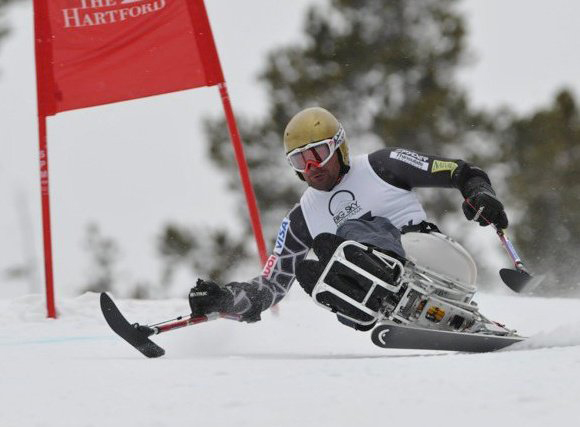 All proceeds will be donated to the two skiers, Chris Jefferson and Jas Bambur (shown right), who are currently training in Colorado to compete in the 2014 Winter Paralympic Games in Sochi, Russia. Both of these men were paralyzed in separate accidents while living in Charlotte. They discovered skiing through Beech Mountain Resort’s Adaptive Ski Week, then raced for several seasons with the Charlotte Ski & Snowboard Club before moving to Colorado.

The Charlotte Ski and Snowboard Club’s Tricia Wall provided Jefferson’s and Bambur’s bios, as shown below:

Chris Jefferson joined the US Army on his 18th birthday and served as a paratrooper for 10 years until he was paralyzed in a motorcycle accident while on leave in Charlotte. After struggling through several years of setbacks and personal tragedy, Chris began his monoski career at an adaptive ski clinic at Beech Mountain Resort, a small mountain 120 miles northwest of Charlotte. Soon he discovered ski racing and competed as a member of Charlotte Ski & Snowboard Club’s racing team (then the Charlotte Ski Bees). At the same time he served as an adaptive instructor at Beech Mountain Resort. Chris is currently training in Colorado in hopes of earning a spot on the 2014 U.S. Paralympic Team.

"Here is a great video of Chris doing a pond skim at the end of last season. It makes me smile every time I watch it, " says Tricia. 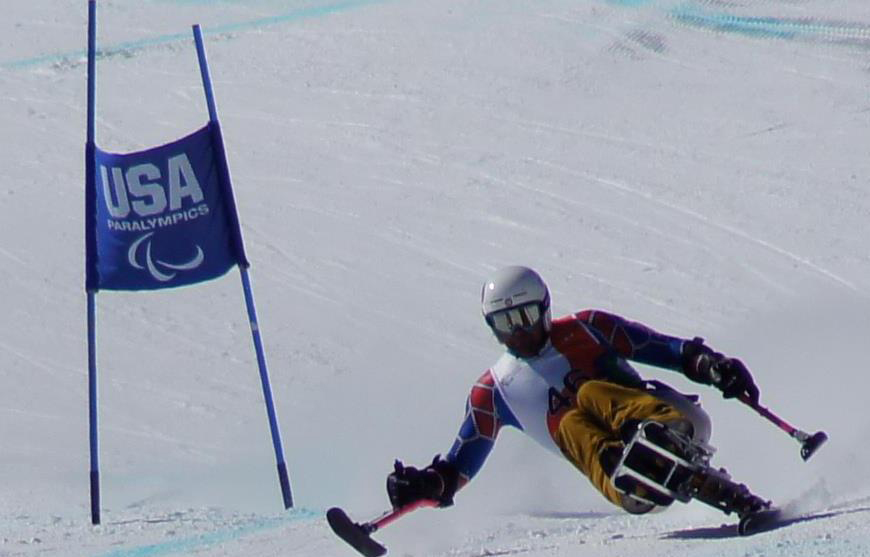 Jas Bambur was born in Bosnia and spent his youth playing handball with the goal of representing his country in the Olympic Games. When war broke out Jas fled to Indian Trail, NC; being of both Bosnian and Serbian descent staying in his homeland was too dangerous. Jas continued his handball pursuit in college but those dreams were shattered while driving home from practice one night. When he woke up in the hospital he realized he was paralyzed and would never walk again. Jas struggled to accept his disability until he was introduced to skiing by a therapist at his rehabilitation center. While attending graduate school at UNC Charlotte, Jas continued to improve his skiing as a member of the Charlotte Ski & Snowboard Club racing team. He has since moved to Colorado to train full time and was recently named to the 2012-2013 U.S. Paralympics Alpine Skiing National Team. Jas finished 9th in the downhill event in the 2012 Paralympic Games in Vancouver, Canada and looks to improve on that result in 2014 in Russia.

If you're in the area and want to support this great cause, not to mention kick off the 2012-2013 ski season with an inspirational bang, be sure to mark your calendars. Every attendee will have a chance to win hundreds of dollars worth of raffle prizes and will also be entered to win a Grand Prize package courtesy of Warren Miller Entertainment.

This is WME's 63rd film, featuring heights and places most only ever dream about. If you want a glimpse at the flow state, "where the mountains meet the mind," take a look at the official trailer. The three minute and 9 second clip will be more than enough to have you on the edge of your seat and ready to get out on the snow. It makes you be in the now and begs the question, "what needs to happen in order for this moment to happen." If you use the film as a stimulus this season, there's no question it'll be an unforgettable one.

Hopefully the same goes for Jefferson and Bambur as they train. They're inspirations to us all, and the sport is fortunate to have them. SkiSoutheast is behind you guys – may you never give up on your dreams.

Email me your comments, photos, videos, and more at [email protected]. Follow us on Twitter, and stay tuned for more exciting events!