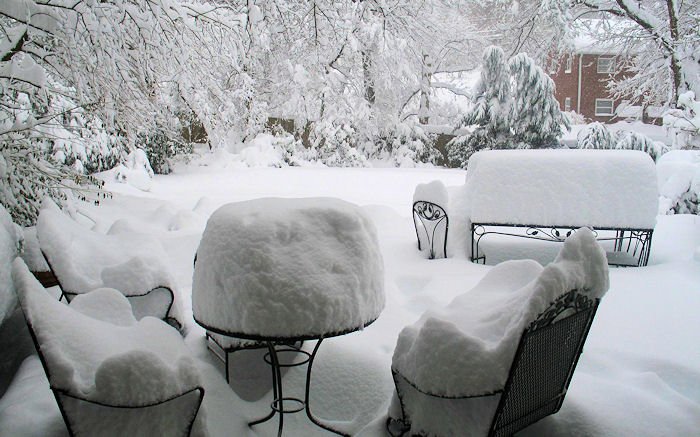 As I write this week’s column the sun is shining through the door that leads out onto our back deck. This helped me realize what the topic of this week’s piece should be centered around, tossed in with some personal notes. I also found out the other night, that yes I am an old but very happy snowboarder.

The southeast ski industry basically lost December due to weather conditions that I have never seen in my 30 plus years of being associated with the sport. Then Mother Nature and Old Man Winter came back from their end of the year vacation to the Bahamas and presto we finally had winter. Now the calendar flips into March, for the vast majority of the southeast ski resorts, the final month of the season. That means spring skiing is here and by the looks of things, conditions are very nice to get things underway. 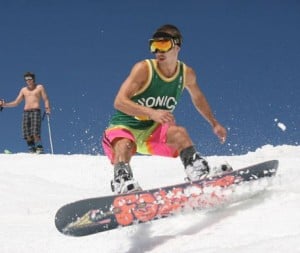 This is the time of year, for the most part, you can put those goggles in your equipment bag and pull out the sunglasses. It’s the time of the season that you can shed a layer or two and don’t be surprised if you see (not me) some folks on the slopes in their bathing suits. Never really understood that, but if that’s what it takes for you to have fun sliding on the slopes, go for it. It’s the time of the season when you see lift ticket prices drop and lodging rates fall to, in some cases, summer rates. On top of that, toss in the low gas prices throughout the region, there is no excuse for making up for lost time on the slopes (see previous paragraph) and make those turns that you might’ve thought you lost.

While I write this next paragraph, please take note that the biggest snow storm I ever saw during my ski industry tenure was in March of 1993, when over four-feet of snow dropped on Pocahontas County in 36 hours. This is the time of season that there is more sunshine than clouds and the temperatures are near perfect for outdoor winter fun. For those of you that don’t like to ski or snowboard while the snowguns are on, I have heard from a number of mountain operators that they have pulled the plug on those operations. That means, what you are seeing right now is what you get. May I take this opportunity to say that what you are seeing, if you haven’t noticed, is a whole bunch of snow. The moral to this story is if you don’t like playing while the guns are on, don’t worry, your time is now.

Now for the green aspect of my thoughts this week and it’s the downside of the column. You see, while there is still plenty and I mean plenty of snow on just about every slope and trail in the southeast right now, there are places further south of the resorts where the grass is turning green and buds are forming on certain flowers. I know for a fact, when this starts happening the phones begin to slow down in earnest at all of the resorts. For some unknown reason, there are some folks out there that think since they can’t see the snow out their backdoor, there is no snow in the mountains of Tennessee, North Carolina, Virginia, West Virginia or Maryland. These are also those out there that refuse to look at this website’s resort cam webpage. If seeing is believing, as the saying goes, then may I just say that there are those out there that are just blind to what is right in front of them.

Sometimes it takes the thoughts a young person to put an exclamation mark on a very obvious situation. While out for a 4.5 mile run this past Saturday morning with my 11-year old son, Christian, the same one who made his first turns on the slopes this season, said to me, while looking over a green field, “Daddy it is sad that people don’t realize just how much snow is on the slopes right now, if they think this is what it is like at the resorts.” Amen son, amen. As he was skiing through snowmaking guns at Winterplace the final Friday, he realized that it was part of the industry and if the industry was going to survive through most of March, snowmaking had to occur whenever possible, as long as feasibly possible. Glad to see he gets it.

On the subject of his turns on his last trip to Winterplace Ski Resort, he had his first encounter with a snow snake. Yea, that invisible creature that has put all of us on our rump once or twice through the years. As we were traveling in a group, I was behind and watched him make a sharp turn to the left and land in a heap (small yard sale) on the edge of the trail. This was his first real fall of his young career on the slopes and that first fall, as most of us know, brings the young Olympic hopefuls back to earth very quickly. After a quick regroup and a reunion with the group further down the trail, he was, a little embarrassed that he fell, but also knew, while it was his first, it was far from being his last time meeting up with the evil snow snake. He was also glad to hear that his father had fallen, I am not kidding, at least eight times during the evening, the most I have been up close and personal with the snow in about 10-years total.

This brings me to my final point this week, when we pulled up to the base lodge for the last time of the night, this old snowboarder was pooped out. The boys were not as happy as I was to call it a night, but understood there will be a lot more fun times on the slopes in the future. Saying that, it was probably the best tired feeling I have had in sometime and I thank my son for being the main reason I was back out on the slopes and getting beat up (please refer to previous paragraph) and wore out beside him. As my wife often posts on Facebook, #creatingmemories.

Previous Post
Wisp Resort’s Benefit for the Arts to be Held Monday, February 29th!
Next Post
What A Fantastic Weekend! A Fun Week Ahead!