What A Fantastic Weekend! A Fun Week Ahead! 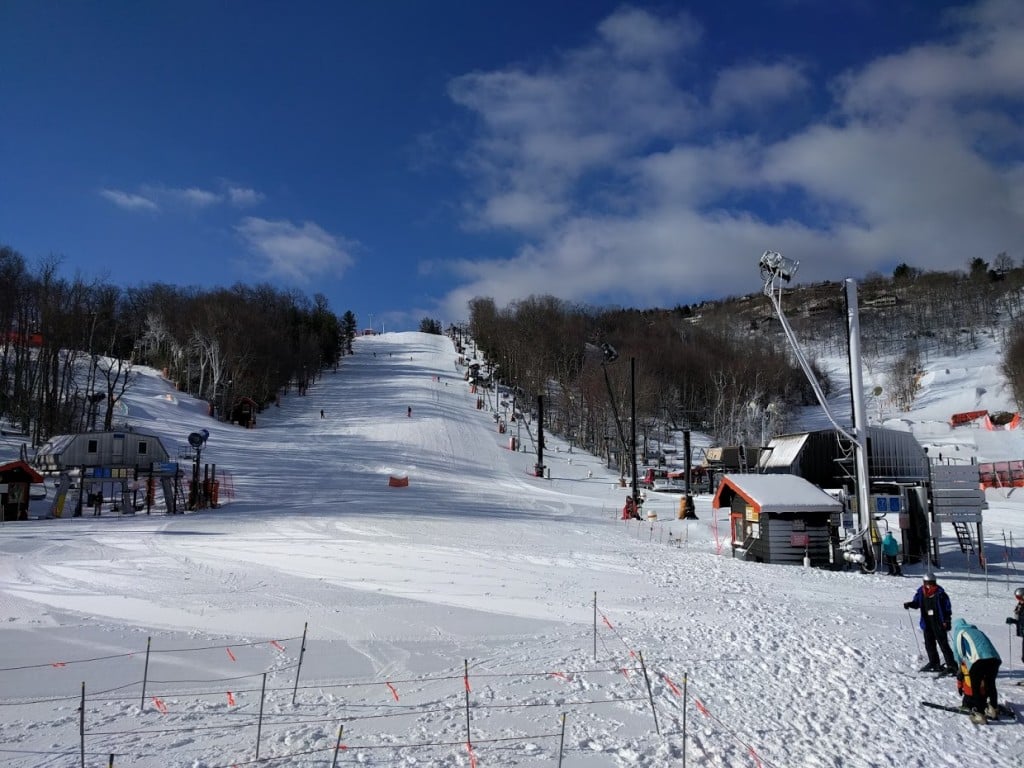 Me oh my.  What a great final weekend of February it was.  After a rough start to last week, we saw some snow for a few days and then were treated to a mostly bluebird weekend.  Yesterday was especially nice if you like milder weather.  Temperatures rose into the 50’s at many of the ski areas, making for spring skiing conditions.  I’m sure that delighted many guests on the mountain and I do believe it was many as the resorts were fairly crowded this weekend.

I made it out to Appalachian Ski Mountain on Saturday and it was a BLAST.  App was rockin’ peak season conditions with all of their trails open and those open slopes have a ton of snow on them right now.  The top of Big Appal has a HUGE amount of snow on it.  I was in the parking lot eating lunch and out there when you look up at Appal Jam and look at the sides it is astounding to see just how deep the base is.

I didn’t take many pictures…at all really.  I was having wayyyy too much fun as App had their terrain parks stacked with features, which made for some really fun top to bottom lines.  I did snag two pretty good ones though and they are both below. 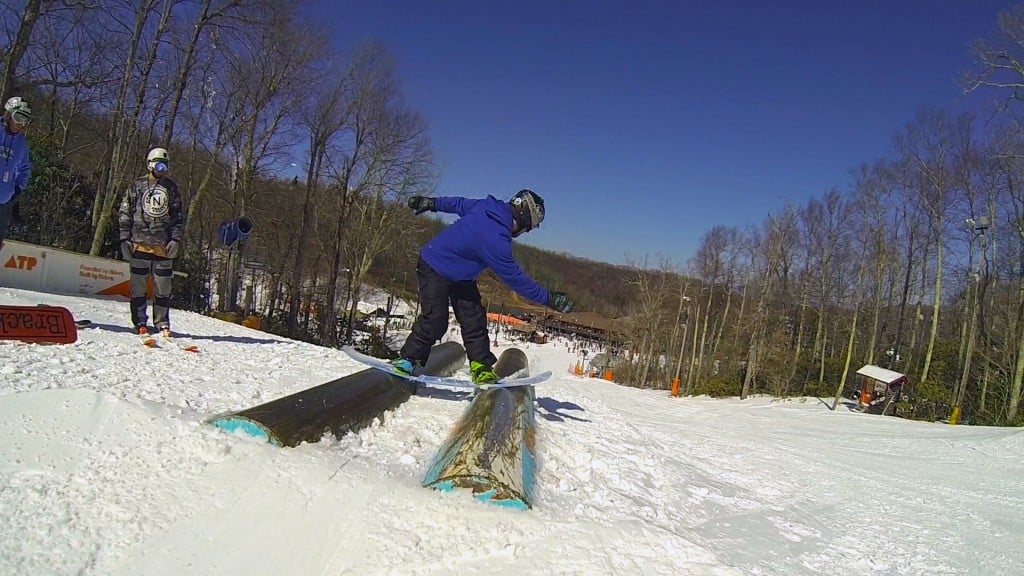 Myself. Screengrabs can make anyone look good.

David McCue just emailed me and had some pictures from his trip to Cataloochee yesterday.  Here’s what he said.

I had a great early day at Cataloochee on Sunday;  it had been a little while, actually since Thanksgiving Friday last year which given the unseemly break in our ski season seems like two years ago.  Got there at opening and all lifts and trails were open.

It was the season final race day for area middle and high school students, good energy, happy vibe, good snow wall to wall and  five minute lift lines when I left around one.  Nice bonus day for me while I’m up here seeing family.

All the runs have a deep base and I was told more snow-making is expected so Cat should still have a long season.

And here are the images he sent us.  Looks awesome out there! 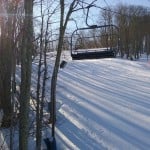 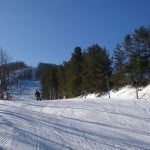 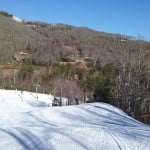 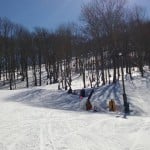 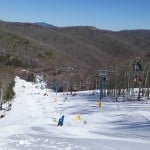 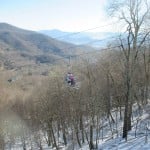 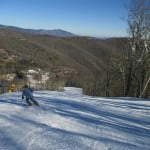 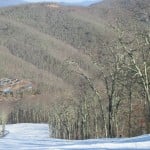 A fun weekend at Massanutten Feb. 27-28. Perfect spring skiing on Sat because temps never got over 45. Was worth getting up early in order for the 4-hour drive to start skiing mid-morning. A friend from DC joined me for the day. We had a good time on MakAttack bumps in the afternoon after the snowmaking snow settled into the softened old snow. Sun was a bit too warm, in the 60s by lunch time. Morning conditions were good up top, but got sticky on Lower Showtime and Lower MakAttack by 11 or so.

There was an Adaptive race event on Geronimo in the morning. Everyone was having a great time.

Side-to-side coverage thanks to night snowmaking Feb. 25 and 26 before the weekend. 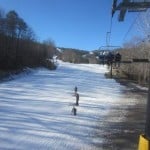 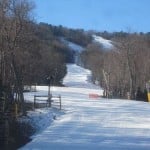 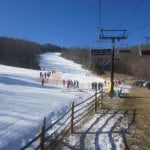 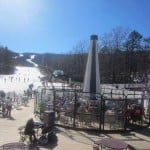 Here are a few other social media posts from the resorts that highlight just how good it was this weekend.

Welcome weekend! Come get some of this! #skiing #riding and #tubing until 10 pm 😀 pic.twitter.com/QpsPNH9zSB

So what does the weather look like for the first week of March?  Glad you asked.  Well, we have a little bit of light underdeveloped snow today as a weak front moves through.  It is nothing to get too worked up about and things should clear up by the afternoon.  Tomorrow looks really good again, albeit still somewhat mild, before another system starts to move in tomorrow night.  Rain changes to snow Tuesday night and Wednesday could offer a couple of inches of snow for the West Virginia and North Carolina ski areas in the morning.

Wednesday afternoon and the first half of Thursday will see a lull in the action before another quick moving system brings a few more inches of snow to WV and NC Thursday night and Friday morning.  This has me really pumped as I will be up at Snowshoe and if I could get a few inches of snow for Friday morning I would be super amped!

The weekend looks superb as it looks like another bluebird one.  Temperatures should be on the cool side…not cold but not warm.  I won’t lie, I highly suggest making plans for this weekend as it looks like we’re in for a warmup next week.  We are into March now and meteorological winter is over, so it’s not unexpected.  There’s nothing wrong with getting in some slushy laps in March.  That’s next week though, so we’ll worry about it then.

Mike touched on the subject of resort closings yesterday.  We’re still at least a couple weeks away from seeing most of the ski areas begin to wind down their season.  However, I figured it’s worth mentioning that Sapphire Valley will call it quits after this upcoming weekend.  That’s pretty normal for them as they usually pull the plug after the first weekend of March. 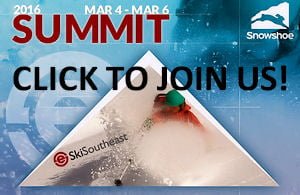 The 2016 Ski Southeast Summit is only 4 days away!  You still have time to sign up now and join us this weekend.  Take advantage of discounted lodging, free lift tickets, First Tracks on Sunday morning, and we’ll have some free swag to give away as well.  I believe we have some shirts, stickers, and hats to give away.

Mike is prepping an email to send out, but here’s the itinerary we are planning on.

Saturday:
8:40am or so:
Meet up at the top of the Ballhooter lift to get a group photo. With more than 40 confirmed booked, we should have a nice photo op. We MAY try to do a LIVE SkiSoutheasTV Broadcast at that time and maybe even give out some Tshirts to those who show up for that photo op.

9am-Noon:
We will be on the mountain taking some photos and videos to share later.

6pm: MEET UP AT HOOTS FOR FUN AND GIVEAWAYS!
Let’s plan on meeting at Hoots at the Top of the World at 6pm so that we can have some fun and drinks; do some giveaways and still allow time for those who might want to go make some turns at Silvercreek.

6pm – UNTIL: We’ll be giving away FREE 2016 Summit Tees, new SkiSoutheast hats, some FREE vacations and as lift passes (while they last). So come early!

The early birds get the slopes all to themselves. You need to show up no later than 8:20am but SkiSoutheast peeps will be allowed to ski the slopes all to ourselves until the ropes are dropped for the public at 9am. Widowmaker, Sawmill, Camp 99, Upper Flume, JHook and even the Sawmill Glades are all available.

Snowshoe has been blessed with lots of snow lately and the weather forecast (right now) is for a bit of snow Thursday night AND FRIDAY. Partly cloudy skies and highs in the upper 30s and lows in the 20s all weekend so we could not ask for better weather! Conditions should be AWESOME!

As he mentioned, the forecast looks fantastic.  I talked about some snow Thursday night and Friday morning, but then the weekend will see temps in the 30’s with plenty of sunshine.  Perfect!

So make plans today to join us!