Quite the Contrast From Earlier This Week 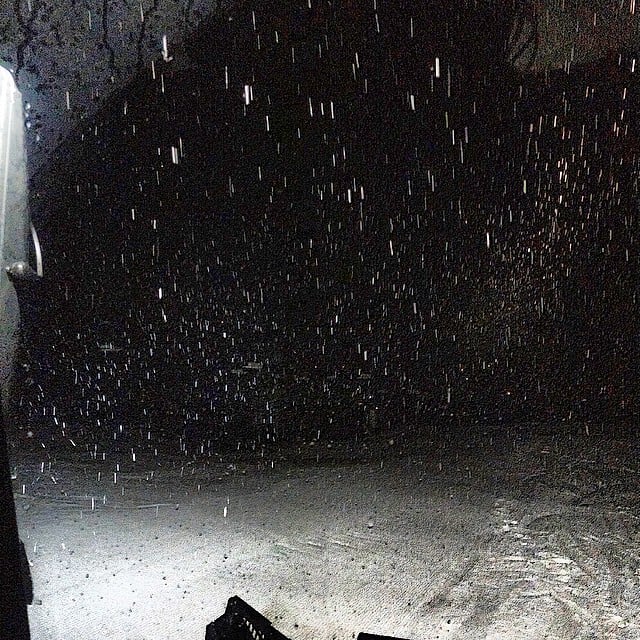 I have some good news and some bad news to talk about this morning.  Let’s start with the bits of good news.  We had a resort make snow last night!  On March 19th, which is really late to do so.  Snowshoe apparently turned on the guns last night and layed down some manmade snow.  It was a frigid day up there yesterday, especially by March standards, so it’s kind of a surprise but it kind of isn’t.  We usually don’t see any ski area in the region make snow this late in the season, except maybe App, but the Shoe is open for several more weeks and they want to ensure a quality product.  Kudos to them.

The other bit of good news is that there is a teeny bit of snow in the forecast for today, tonight, and very early tomorrow…for some resorts.  It actually snowed a bit overnight at Beech.  Not a lot, but nice to see nonetheless.

It might be raining at your house, but it’s snowing @beechmtn! #stoked #springsnow #beechmtn #nc #5506

The bad news is that a decent amount of rain is expected over the next two days.  However, some slushy snow is in the forecast for some.  The forecast for Snowshoe is calling for 1 to 3 inches of snow and sleet tonight with 1 to 2 inches of sleet tomorrow.  Sleet is better than rain though, right? For the most part though, all of the resorts will see mostly rain today and tomorrow.  Snow might mix in at times but it’s mainly going to be all liquid.  Even worse, it’s going to be a cold rain.  Blegh.  That’s quite a difference from earlier this week when it was in the 50’s and 60’s and sunny.

Getting back to the good news…the weekend is still looking good.  Saturday looks fantastic and Sunday looks pretty good as well.  Don’t let this rain deter you as the weekend is going to offer some great spring skiing conditions.  In a couple weeks when the season is over you’ll be kicking yourself for not getting out as much as possible.  I’m definitely going to be out and about at Appalachian Ski Mountain and taking advantage of the late season fun.

I talked yesterday about the Homegrown Music Festival that is happening at Snowshoe this weekend.  I figured I’d highlight another event that is going down this weekend.  It’s the annual Slide & Splash Bash Weekend at Wintergreen.

It’s the end of another great snowsports season at Wintergreen. We’ll expand the terrain park to include all of Dobie. Plus who doesn’t want to miss the pond skimming! The Park Party is on Saturday and Sunday, and Pond Skimming on Saturday with a rain date of Sunday, so plan to stay for the weekend.  Costumes are required to enter the Pond Skimming.

Wondering what Pond Skimming is?  See the video from last year’s event!

Wintergreen is still undecided about being open past this weekend, so this could be your last chance to get out there this year.  Once again, I did not make it up there this season and that bums me out as I’ve heard nothing but good things about that place.  I guess there’s always next year!

So before I go, I had one other random tidbit I figured I’d share.  It has nothing to do with the Southeast, but it does involve snow so it’s relevant I’d say.  It snowed in Hawaii this week on Mauna Kea and people went snowboarding.  Think I’m lying?  Check this out.

@jdnorman does maybe the first ever backside rodeo in #MaunaKea #Hawaii. VIDEO: @leizer43

Like I said, it’s kind of random but pretty cool to see. What a crazy winter it’s been. There’s been a blizzard in Hawaii, record breaking snowfall in New England, and more snow in parts of West Virginia than in Tahoe or the Pacific Northwest.