A President’s Day Weekend Full of Cold and Snow 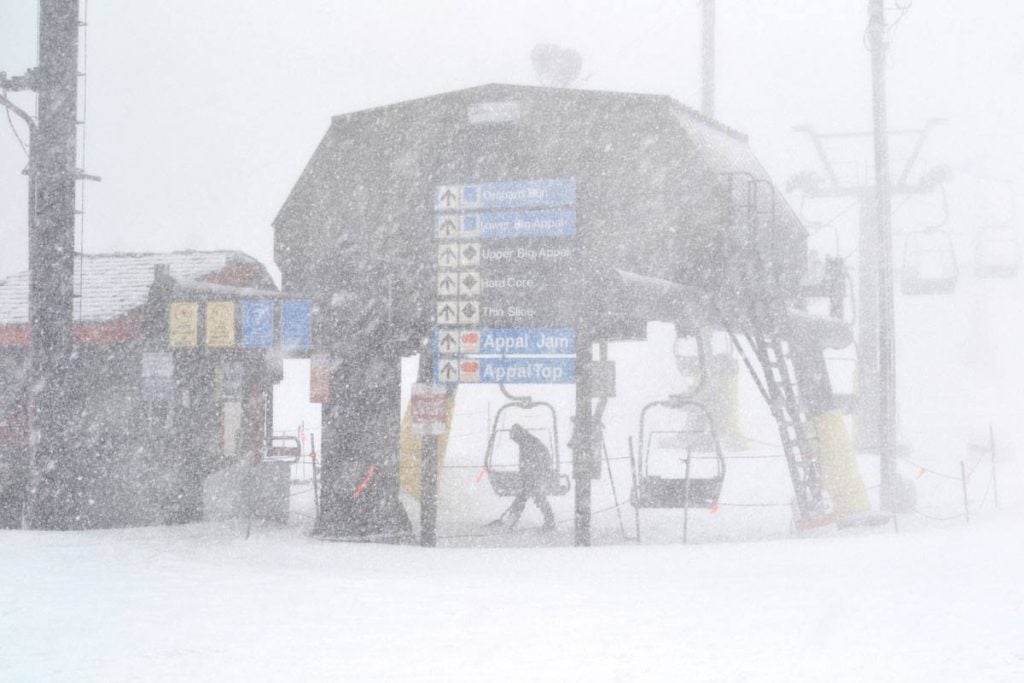 The President’s Day holiday weekend is upon us and it is off to a roaring start.  There’s some snow to talk about this morning and temperatures are BRISK to say the least.  This might be the coldest morning of the season so far.  That will most likely change come Sunday though.

Let’s first start with the natural snow that fell in the last 24 hours.  It was expected, but some of the squalls that passed through West Virginia and the High Country of North Carolina were rather impressive.  Up in the Boone/Banner Elk area, it began to pour snow in the afternoon.  That picture at the top is from App Ski Mountain yesterday during the peak of the squall.  My co-worker said it would be dumping one minute, a little bit of sun the next, and then more snow a few minutes later.  Social media was lighting up with pictures, videos, and comments from folks up there.  I thought it was pretty heavy, then I looked at the Snowshoe webcams.  Good grief it was DUMPING up there.  This was some of the heaviest snow I’ve ever seen.  I could be exaggerating, but it just seemed that way.  Here’s a shot from the webcam yesterday afternoon. 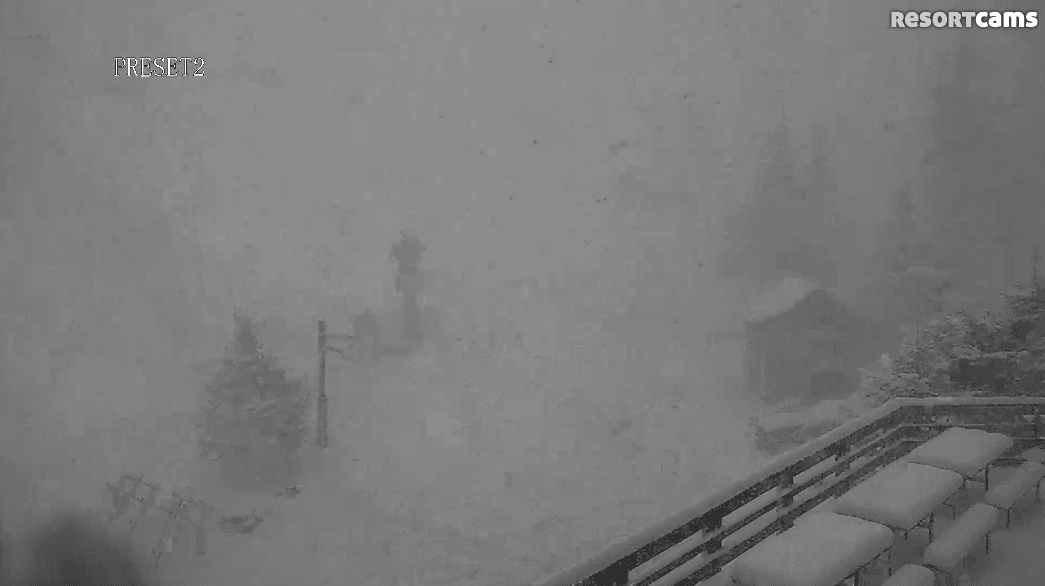 The Shaver’s Centre Cam at Snowshoe showed a full on blizzard yesterday. Look at those pillows on the bench!

Here are the totals for the last 24 hours.  The majority of this snow fell in the span of several hours in the afternoon.

The quick moving system definitely overperformed up in West Virginia, but everyone else pretty much saw what was forecasted.  Today should be a fantastic day to get out and ride before the holiday crowds show up in force.  There’s already plenty of blue skies showing on the webcams but holy crap is it cold.  Here’s some of the more impressive temperature readings right now.

If you’re enjoying this cold and snowy weather, you’re in luck.  The next several days will deliver another couple bouts of snow and some ridiculously cold Arctic air invades the region on Sunday.  Check out Brad Panovich’s latest video forecast.

Now that is a video forecast I like to see!  More snow Saturday.  Sunday just looks absolutely miserable in terms of cold.  It could end up being the coldest day of the season.  Should be prime snowmaking conditions though.  Next week sees the potential for even more snow as well!  Mike told us yesterday that we have Monday off work, so I am headed somewhere to go riding.  I’m hoping the snow comes in earlier so I can get some soft turns in.  We shall see.

Whatever happens with the snow, the cold is here to stay for the foreseeable future.  The President’s Day holiday weekend is going to be sick.  Usually, it signals the end of the peak of the ski and snowboard season here in the Southeast.  However, the weather outlook looks promising and the fantastic conditions should continue through the end of February.  Stoked!

It should be good no matter where you go this weekend.  Just a note, keep in mind that some places are charging holiday rates today and Monday.  Wanted to give a heads up on that.  Anyways, everyone enjoy your weekend and stay warm!  And Happy Valentine’s Day to all the ladies out there!