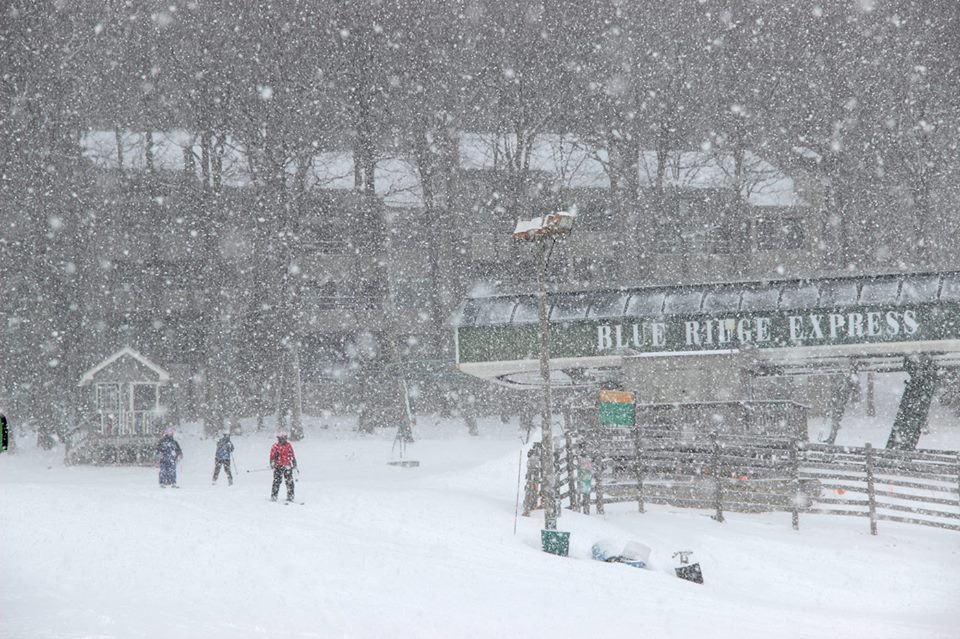 I am so flustered this morning.  Flustered and incredibly antsy as I wish I wasn’t sitting in this chair right now and instead was getting some powder turns in this morning.  Mornings like this are when I reminisce back to my college days when I would skip class and go ride at Beech.  I don’t think I missed a powder day for a period of 3 or 4 years there.

Yesterday and today are legitimate powder days.  The Northwest Flow snow train has been going for about 48 hours now and it has delivered.  It’s even over delivered and has exceeded expectations in some instances.  I said yesterday morning that I thought the snowfall totals this morning would be similar to yesterday’s.  I was wrong.  It’s more.  Significantly more for a few of the resorts.  Look for yourself. 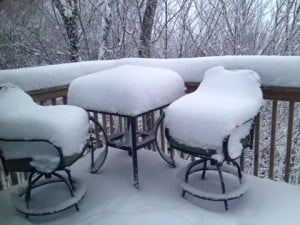 The usual suspects in North Carolina have been hit hard with the snow.  I believe I said on Monday that Sugar, Beech, and Wolf are the favored resorts in North Carolina in Northwest Flow, and sure enough they are leading the way here right now with all three having double digit storm totals right now.

If you remember from yesterday, I said that anything in the double digits is what I qualify as being a dump.  Well, Beech is reporting 11″ in the last 24 hours so that qualifies as a dump and today should be a crazy good powder day up there.  It is pretty windy though so beware of that, but that only means that the side of the trails should be wind loaded and have pockets of deep snow.  For anyone doubting the snowfall totals, the image to the right was taken from up on Beech this morning.  Those are some pretty good looking pillows there.

Up in West Virginia, Snowshoe, Canaan, and Timberline have all been getting it good as well.  They too all have double digit storm totals thus far.  Some of the pictures that came out of Snowshoe yesterday look so good! 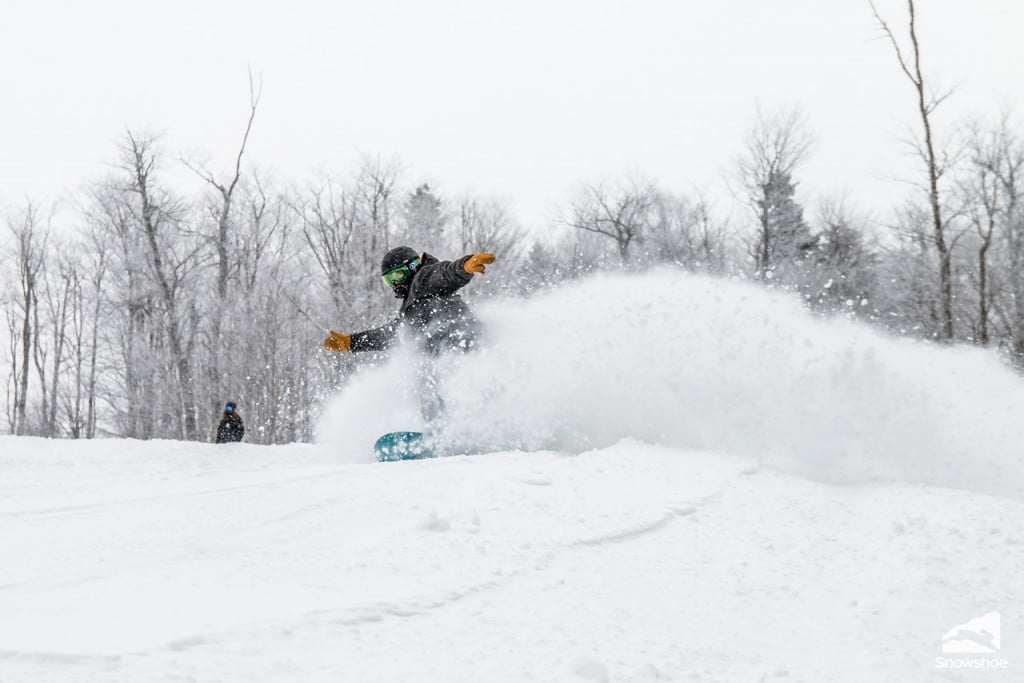 Ober Gatlinburg in Tennessee has been pelted with some decent snow as well.  They sometimes get left out of the snow party so it’s good to see them reporting a 9″ storm snowfall total thus far.  Hopefully they can get those two remaining trails open soon!

As for Virginia, they have seen periods of snow but as is the case most of the time with Northwest Flow events they are in somewhat of a snow shadow.  The image at the very top of this page was actually taken at Wintergreen yesterday morning and you can see it was nuking snow.  However, the snow tapered off pretty quickly and it was actually sunny in the afternoon.  It’s been plenty cold at all of the resorts though and all of them have been making snow.

One of the things I wanted to note about the snow is just how high quality it is.  Northwest Flow always brings the powdery, light snow and that is the case once again this time.  One of the CoCoRaHS stations that is near Wolf Ridge is reporting 5.5″ of snow in the past 24 hours, with a liquid content of 0.16″.  Do the math and that is a snow to liquid ratio of 34 to 1.  That’s what we call blower pow and it’s what dreams are made of.  Ha.  For real though, it’s called blower pow because you can pick up a handful of snow and simply blow on it and it will all float away.  It’s the best.

Another Day of Snow

The Northwest Flow continues today and snow will continue to pile up.  It’s dumping this morning at some of the resorts still.  Check out the Silver Creek cam at Snowshoe.

We shouldn’t see as much snow today as yesterday, but several more inches are a good possibility for the favored locations.  Just look at the forecast for Snowshoe from the NWS over the next 36 hours.

Today
Snow showers. High near 9. Wind chill values as low as -14. West wind around 14 mph, with gusts as high as 26 mph. Chance of precipitation is 80%. Total daytime snow accumulation of 1 to 2 inches possible.

Tonight
Snow showers. Low around -4. Wind chill values as low as -19. West wind around 16 mph, with gusts as high as 36 mph. Chance of precipitation is 90%. New snow accumulation of 1 to 3 inches possible.

Thursday
Snow showers likely, mainly before 2pm. Cloudy and cold, with a high near 2. Wind chill values as low as -22. Breezy, with a west wind 16 to 21 mph, with gusts as high as 31 mph. Chance of precipitation is 70%. New snow accumulation of 3 to 5 inches possible.

That comes out to another 5-10″ of snow on top of what has already fallen.  The snow forecast for the favored locations here in North Carolina isn’t for as much, only a few more inches.  I wasn’t expecting to see 11″ at Beech this morning though, so you never know.

Also take note of the extreme cold.  Wind chills are brutal today and tomorrow.  I feel like a broken record saying this again, but BUNDLE UP.  Tip of the day, buy hand and foot warmers.

Many of you who are reading this probably have a ski vacation planned for the upcoming holiday weekend and are giddy with excitement at the snow this week.  You should be!  This weekend is going to provide peak season conditions and is going to be the best one of the winter thus far.  The timing couldn’t be better.  I’m already making plans to ride Saturday and maybe Monday as well.  If you haven’t made your own plans yet to get some turns in, do it now!

I’m out of here on that note. Enjoy another day of snow!

Previous Post
The Northwest Flow Keeps On Going Today
Next Post
8 Inches Of Fresh Powder And Counting! What Are You Waiting For?